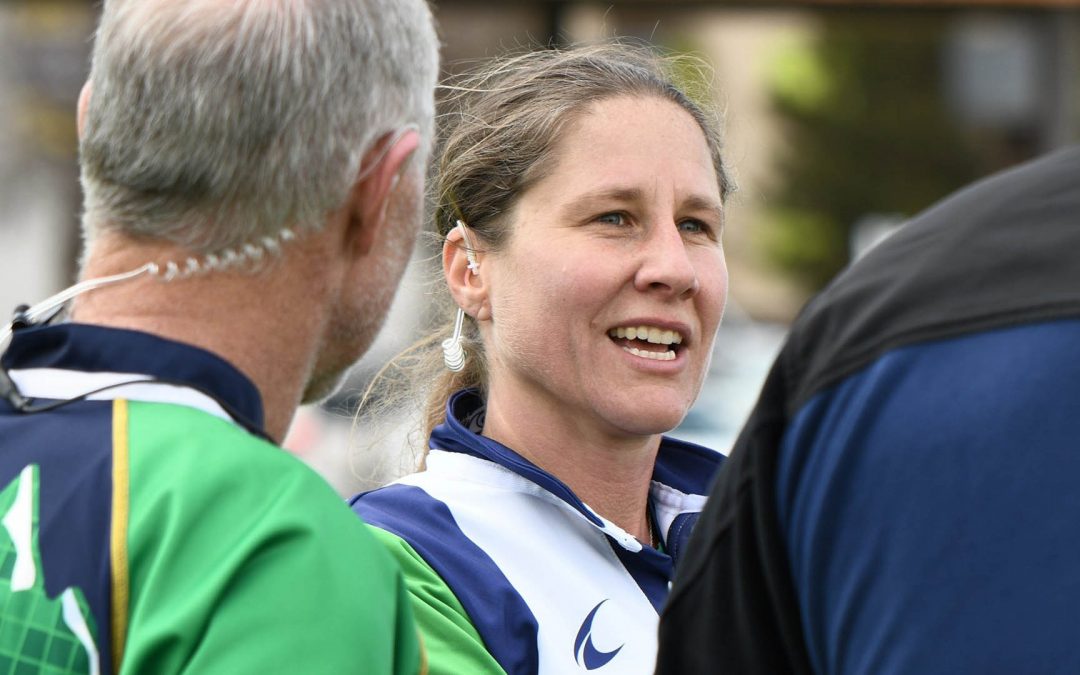 Although Leah Berard’s Rugby career spans over 20 years, it is her 14 years as a professional referee that has taken her all over the world to places like Barbados, South Africa, Hong Kong, England and Russia, just to name a few.

Her passion for the development of the sport even saw her travel as far as South East Asia, where she employed her Rugby knowledge and experience to help grow the skill set of up-and-coming referees in that region.

Impressively, Berard was the first woman to referee in a men’s professional Rugby competition anywhere in the world and is still the only American to referee a Rugby World Cup final.

She was most recently involved in Rugby youth development, running Rugby awareness campaigns for school students in the state of Minnesota, USA. Despite officially stepping away from Rugby last year, Leah continues to referee American football, with her ultimate goal being to one day officiate in the NFL. 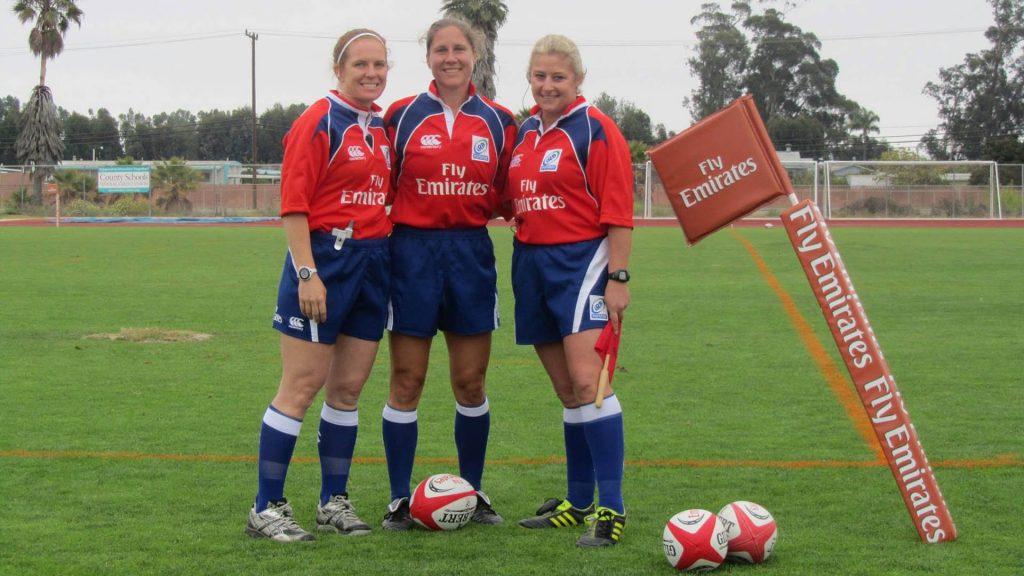 Leah began playing Rugby at 19 years old at the University of Wisconsin – La Crosse, when a friend suggested she give it a go.

“I loved playing sports and was always the most aggressive on my teams,” she says. “So, when I was introduced to Rugby it was the perfect fit because I was able to channel that energy into a full contact sport.”

After graduating, Berard continued playing and joined the Wisconsin Women’s Rugby Football Club before moving to Minnesota and playing for the Minnesota Valkyries, however she was eventually forced to the sidelines by reoccurring neck injuries and concussions.

Leah says she then took a few years out to attend graduate school and rehabilitate her body before returning to Rugby as a referee in 2006. “I was watching a match one day and the President of the Minnesota Referee Society asked if I would like to try refereeing,” she says. “I was young and fit again so I had no reason to say no; and the rest is history.” 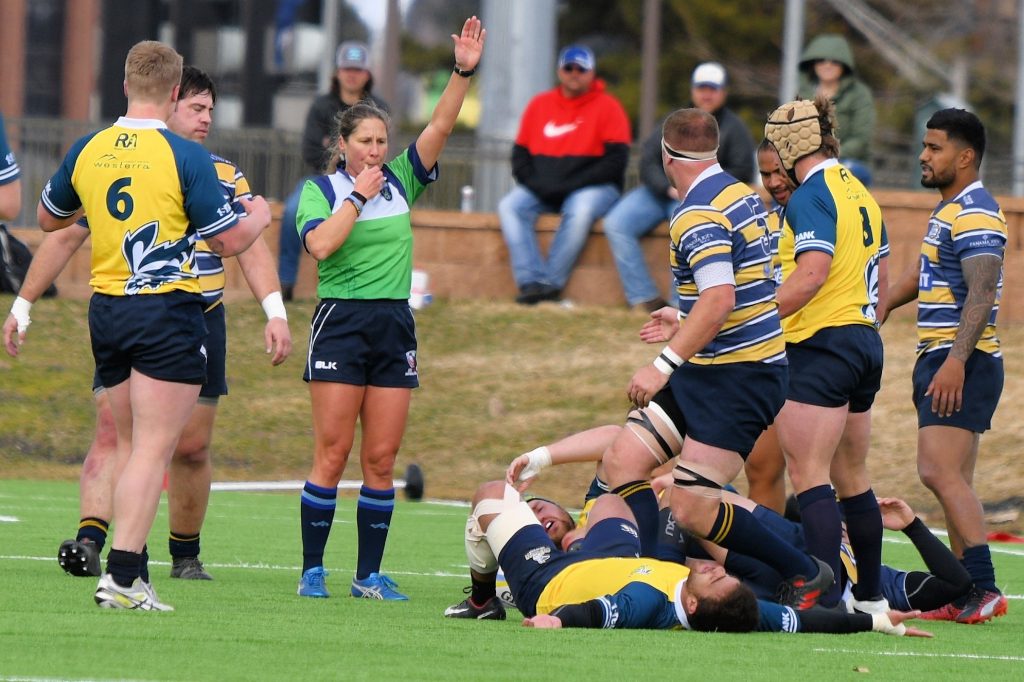 Picking up the whistle …

Proving just how serious her interest in a reffing career was, Berard went on to complete all three levels of Rugby Referee certifications which enabled her to officiate locally, nationally and internationally.

“I started getting national assignments in 2009 after my local society notified the Regional Referee Society that I was ready for the next step,” she says. “By 2010, I had realized I wanted to elevate myself to the international level so I just went for it. I had nothing to lose – I enjoyed the challenge and the travel, and it was a way for me to remain in the sport I love”.

Leah remained focused on her dream and in December 2011, she made her first international appearance as Assistant Referee for the iRB (now World Rugby) Men’s Seven Series in South Africa.

This successful appearance helped secure Berard a spot in the first iRB sanctioned Women’s Sevens Challenge Cup in Hong Kong in March 2012 where she refereed the Cup Final – Australia vs. England – in front of over 40 000 spectators.

Later that year, Leah continued to reach new heights when she was named an iRB Women’s Sevens Panel member in the first season of the Women’s World Series, as well as during the first year the Panel was established.

When asked about her most memorable moments in Rugby, Berard says, “I have to say my biggest accomplishment thus far has been handling the Women’s Sevens Rugby World Cup Final in Russia in June 2013. I also represented the USA as a referee in the Women’s Rugby World Cup (WRWC) in August 2014, four months after reconstructive knee surgery, and was one of five referees for the one and only season of PRO Rugby in 2016”. 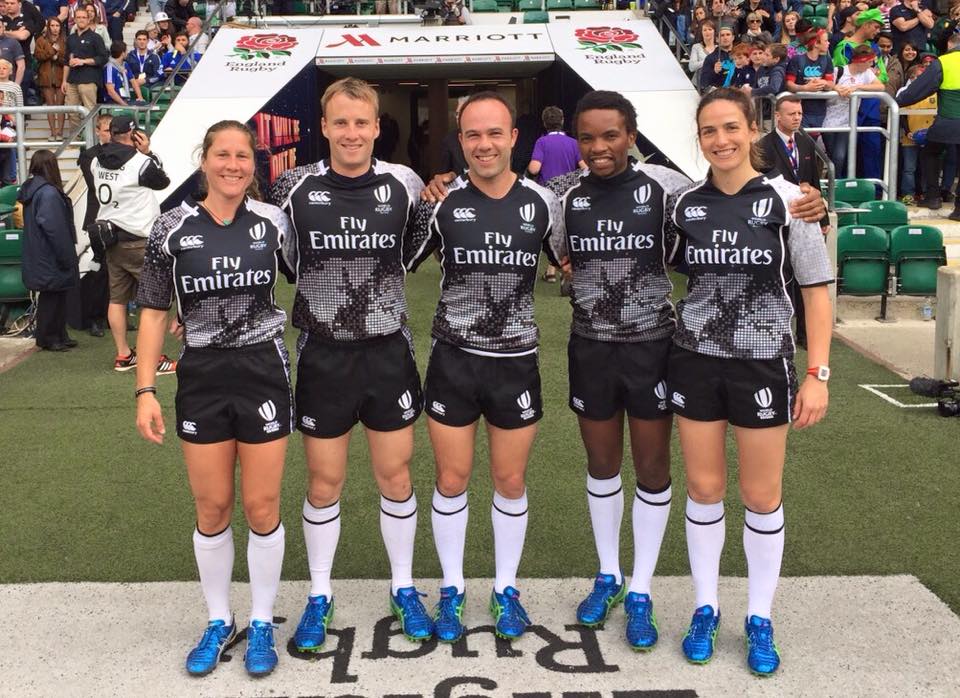 Leah remained focused on her dream and in December 2011, she made her first international appearance as Assistant Referee for the iRB (now World Rugby) Men’s Seven Series

By the beginning of 2018, Leah had become familiar with Rugby 10s and after reaching out to a colleague working for the Laos Rugby Federation, she was invited to the Vientiane 10s Tournament in Laos. It was during this time that she discovered there was a desperate need for Rugby resources in South East Asia.

“Given my genuine interest in developing the sport in that particular region, I was then invited to Vietnam in 2020 to be Head Referee and become a Rugby educator to teach the skills needed to referee full contact matches,” she says.

“My time in South East Asia gave me a deep sense of satisfaction in terms of being able to make a difference in people’s lives, especially young women,” she says. “It was an amazing experience to see these referees grow over the years – from never refereeing contact Rugby to confidently refereeing Plate Finals!” 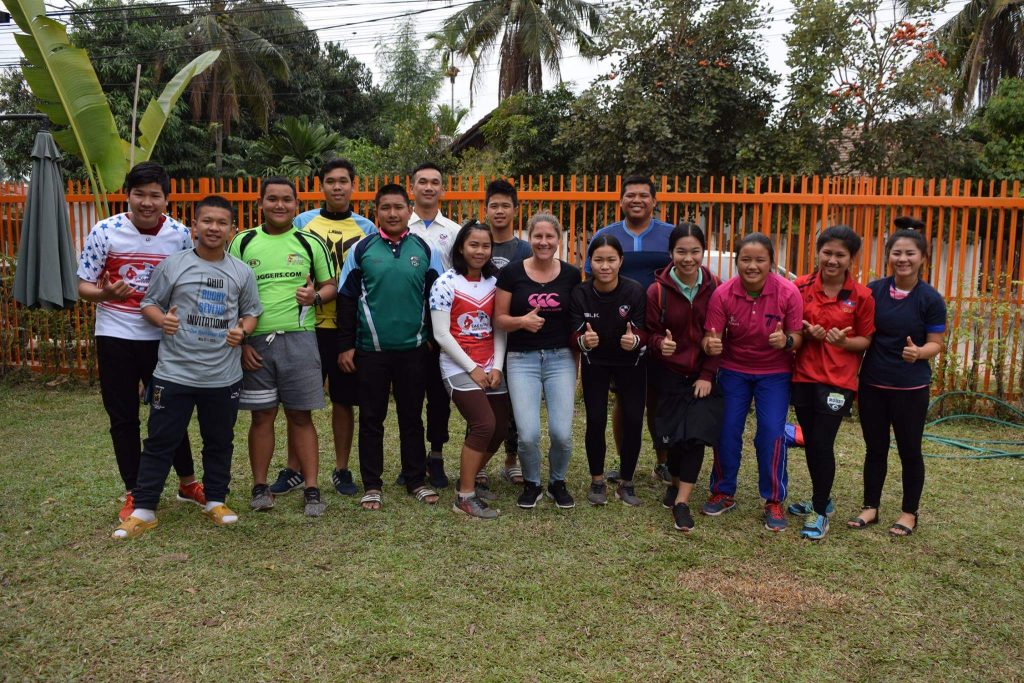 Continuing her passion for development, Leah was most recently involved in Rugby youth development in Minnesota, using Physical Education (PE) classes to introduce Rugby to school students between ages 6 to 16 years. She was also a strong advocate for getting Rugby onto the state PE curriculum as well as a key coordinator in hosting youth Flag Rugby programs with local teams and clubs to generate awareness and interest in the sport.

Although she has retired from Rugby and taken up refereeing American football, it’s clear Leah’s love for development and equality in the international Rugby fraternity remains. When asked about her vision for the sport, she says her diverse experience has shaped her view:

“If we are to talk about Rugby being truly inclusive, more money needs to trickle down to the developing Rugby countries so there is a more even ‘playing field’,” she says. “And, every aspect of Rugby needs to be respected in its own right – from players, to administration, to of course the reffs – all need to be paid and treated as professionals for Rugby to reach its full potential.” 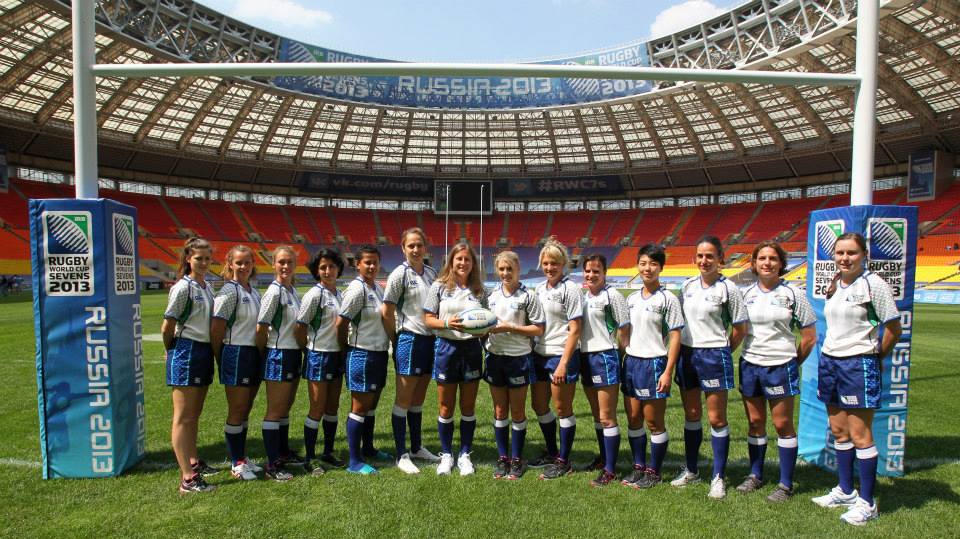