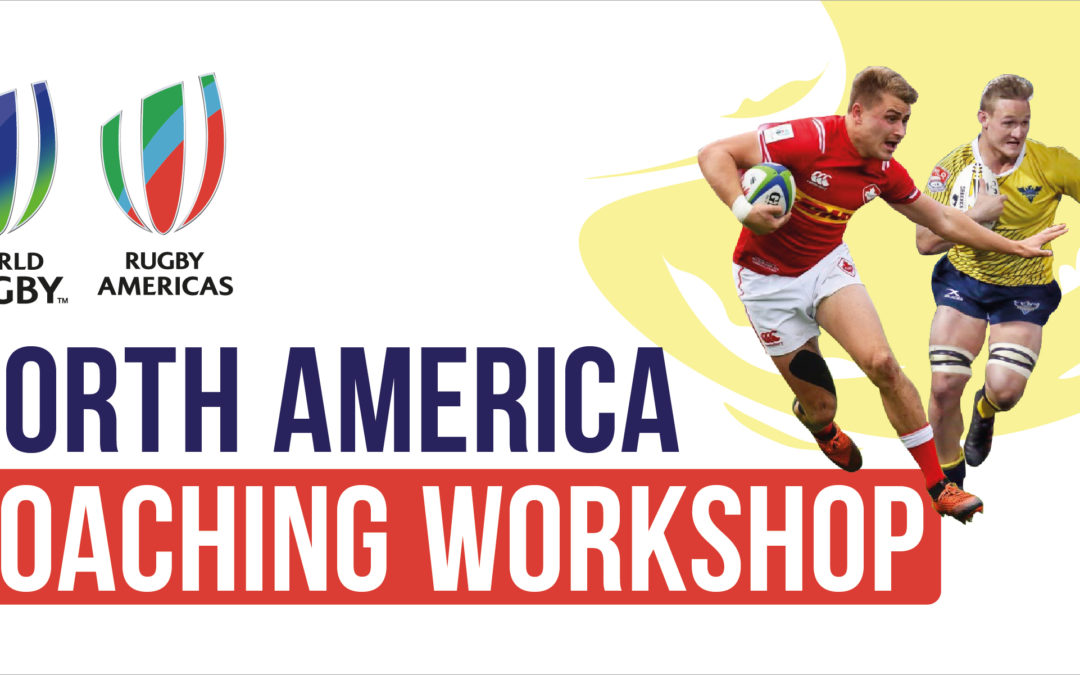 HOUSTON, TEXAS (December 5, 2019) – This weekend more than 50 coaches and strength and conditioning staff from across the Americas are set to take part in the inaugural Major League Rugby (MLR) & Pathway’s Academy in Houston.

The three-day collaborative workshop is part of a continued investment from World Rugby in the Americas to build capacity of high-performance staff, through domestic coach and strength & conditioning staff development. The program will offer a wide range of topics across both streams.

11 MLR franchises will be present as well as high-performance pathway staff from Canada, and USA, along with staff from Mexico and Colombia – two rapidly rising nations competing annually in the Americas Rugby Challenge (ARCh).

Attendees will be treated to a plethora of knowledgeable presenters:

MLR is set to kick off its third season in February 2020, with three additional franchises – New England Free Jacks, Rugby Atlanta and Old Glory DC – increasing the demand for talented athletes and, more importantly, qualified high-performance staff to assist in the development and well being of the athletes.

For the first time ever, USA and Canada, along with Uruguay, competed at the 2019 Rugby World Cup (RWC) in Japan with fully professional rosters. Uruguay shocked the world with arguably the biggest upset of the tournament, defeating heavily favoured Fiji 30 – 27 in Kamaishi City while USA climbed to its highest-ever ranking of 13th in the build-up to Japan.

In addition to professional competition in North America, last Friday the inaugural season of the Súperliga Americana de Rugby was announced in Montevideo, Uruguay.  The primary aim of Superliga Americana is to boost competition across South America and support the continued growth of the game. The six-team competition includes franchises from Argentina, Brazil, Paraguay, Uruguay and Chile, while another from Colombia will join in 2021.

These two professional competitions supplement the increased national team opportunities provided by both the Americas Rugby Championship and ARCh in the Americas. Earlier this week, Rugby Americas announced changes to its competition structure to ensure cross-competition cohesion with its dates and reward success through promotion and relegation.

Furthermore, to keep up with the growing demand for qualified athletes, Rugby Americas recently held the first iteration of the North American Rugby Academy in Glendale, Colorado. 10 of the 16 resident athletes have joined MLR clubs for the upcoming season.

The mostly under-22 team took part in matches against Life University, Saint Mary’s College and competed at Aspen Ruggerfest in Colorado.

“This weekend’s workshop will provide coaches and S & C personnel from the region the opportunity to share thoughts, concepts and techniques with some of the leading minds in the modern game.  Most importantly, the relationships forged will allow for ongoing communication that will, ultimately, benefit the growth and quality of rugby across the region.  There’s a wide array of individuals from an extremely diverse background.  Knowing the energy and passion toward growth and personal development each participant has exhibited, there’s an excellent recipe for success.”

Follow Rugby Americas North on social media for updates throughout the weekend.