From 76 to 43: New era for Rugby Mexico under Head Coach Ruben Duque 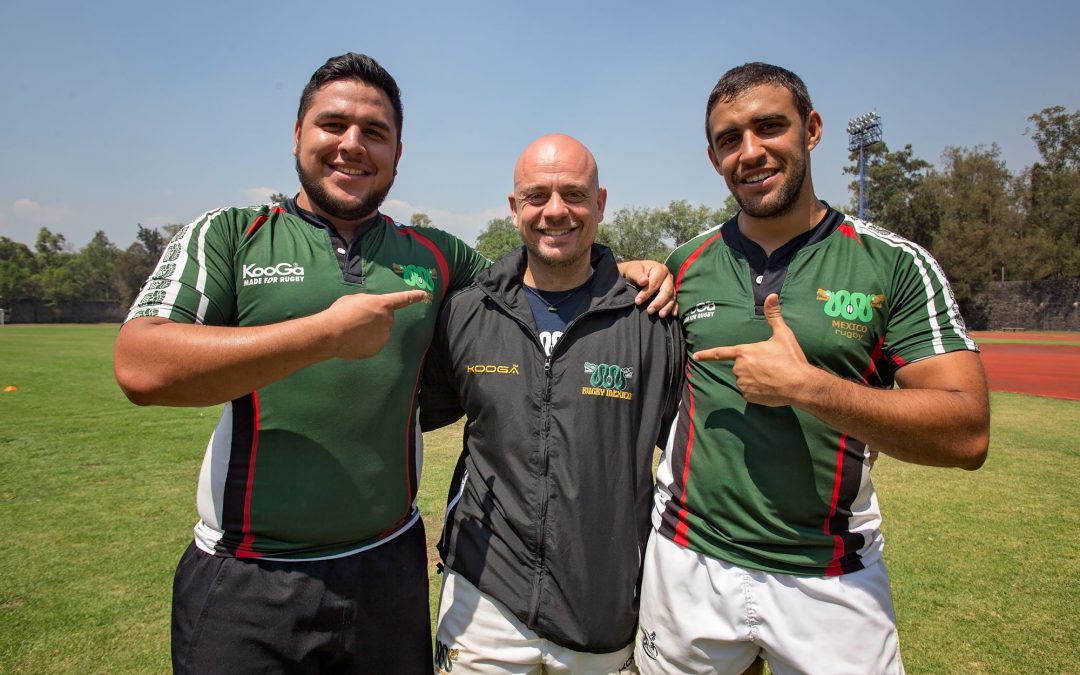 Having lived part of the great growth of Mexican rugby in recent years, Duque continues to lift the standard of play on local fields, as well as the presence and performance of Team Mexico at international tournaments.

Although he is fulfilling his dream as a Professional Rugby Coach, Ruben has an impressive list of other credentials including international public speaker, conference guest, and experienced facilitator – using his involvement with Rugby Mexico, España Rugby and other international experiences to inspire his audience in the areas of motivation, leadership, and teamwork. 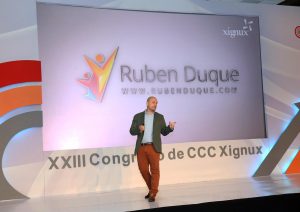 In addition to being a rugby coach, Ruben is a including international public speaker, conference guest, and experienced facilitator

Collaborating with multinational companies like Google, Microsoft, AIG, Banco Nacional de Paris, AXA, and Honda, a dynamic Duque has made it his mission to assist businesses and individuals reach their full potential in all aspects of life; and that of course includes on the Rugby playing field.

Spanish-born Ruben started playing Rugby at 10 years old when his best friend invited him to the team at Liceo Frances C.R, a French international school in Madrid. “I did not know what I was doing, but the comradery was so amazing that I kept playing,” he says. “From then until now, Rugby has been like a drug for me.”

Duque continued playing Rugby for 10 years until he was side-lined by injury at age 20. “I loved Rugby so much and even though I had to stop playing, I wanted to continue to be involved.” Seeking to learn as much as he possibly could, Ruben went on to study the game through all kinds of courses and visits to professional clubs in places like France, England, Ireland, Italy, USA, Canada, or South Africa, leading to him acquire a wealth of sports and Rugby-specific certifications, as well as a keen interest in coaching.

In fact, during this journey of exploration, Ruben became so enamored by Rugby that he dropped out of his Economics Degree to travel to New Zealand (NZ) to chase his newfound dream of becoming a Professional Rugby Coach. “I wanted to learn from the best in the world and I figured NZ was the place to do it,” he says. “I couldn’t speak English, I had no friends, and I only had a tourist visa, but I was so focused on my vision and determined to make it work. My brother was also a big support to me in this adventure.” 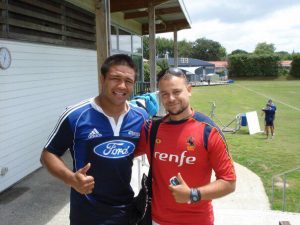 Ruben alongside All Blacks legend Keven Mealamu in New Zealand

After just two months in NZ, Ruben’s finances ran out and he found himself working ‘under the table’ washing dishes, glasses, and floors for 12 hours a day, 5 days a week, for over a year. “It was hard, but it enabled me to live and fulfil my dream,” he says. During this time, Duque was able to coach at Ponsonby RFC; the NZ club that has generated the most All Blacks in NZ history, as well as study his Level 3 Coaching Qualification – one of the highest-level training courses in the country. “My time in NZ really set the foundation for me through the mentorship and support of some of the best in the Rugby fraternity, particularly Bryan Williams, Director of Rugby at Ponsonby RFC, who played more than 100 games for the All Blacks and became President of the NZRU in 2011 when the All Blacks won the World Cup in NZ.”

Prior to arriving in Mexico in 2012, Ruben spent eight years performing various roles within the Spanish Rugby Union (FER). He coached the U17s and U20s teams, coached the Spanish Women’s Rugby Team, coordinated the development of Rugby in Spain, directed the High Performance Program of the National Players Academy, supported the Spanish Men´s Senior Rugby Team in a couple of test matches and eventually became the Union’s Co-Sports Director.

When the FER administration changed, Ruben’s role was left uncertain due to the drastic reforms that the new directive intended. “I asked several times but did not have a clear answer so, when I was approached to join the Mexican Rugby Federation, I didn’t think twice about it,” he says. “I wanted to continue living every day of what I was passionate about, even if it meant leaving Spain.”

During his time in Mexico, the Mexican Rugby Federation has significantly diversified which Ruben says can be attributed to a passionate Mexican Rugby community as well as the support of clubs, sports institutes, State Associations, the Government, and the committed members of the Federation itself. 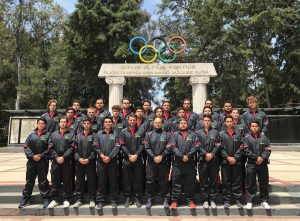 Most notably, the national teams have grown in their quality and performance. “Mexico has gone from having Rugby in 4 States to now in practically 32,” says Ruben. “We have also implemented outreach projects in schools, universities, and municipalities that have triggered the participation of many young people, coaches, referees, and managers”.

Since 2008, Duque has also dedicated his time to helping people and teams to ‘find their purpose’ within both a business context and individual level.

He is a Personal Development Coach, Team Coach, International Speaker, and author of the book “Millennials. Adiós al Trabajo Aburrido”. He has given his insights for TedX and assisted in the mental preparation of Olympic athletes, Coaches of the Top Divisions in Europe, as well as Directors and leaders of Fortune 500 Organizations.

Ruben says the key is to do ‘purposeful work’, stressing the importance of connecting with a purpose or a vision to achieve maximum productivity. “I believe that a firm commitment abandons mediocracy,” he says. “I share some of my powerful experiences with the Mexican National Rugby team inspire people to achieve their best in whatever that may be.”

The future is now …

More recently, Duque coached the U19s Mexican Rugby Team, who under his leadership won the RAN Tournament in 2014-2015 and 2018-2019. His leadership also saw the Mexican Senior Rugby Team win 2016 RAN, get a historic win against Paraguay 2019 ARCH, and has taken their World Rugby ranking from 76 in 2013 to 43 in 2019 – possibly one of the highest growth rates of any country.

Ruben is also currently the Director of High Performance and the Rugby 15s Program, as well as the Coach of the Mexican Rugby Team 15s and a World Rugby Master Trainer within the field of Training and Education, using his talents to grow the sport in any way he can.

Ruben says the focus for the Mexican Rugby Federation is to continue to strengthen the structures of local clubs so they can steadily grow in a positive direction. “We want to maintain the growth of our national teams,” he says. “If we can increase local competition, as well as provide strong training programs for all those involved in Rugby, I believe we are in a strong position to raise the standard both locally and regionally.” 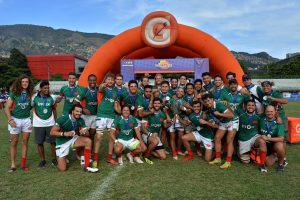 Mexico’s World Rugby ranking has risen from 76 in 2013 to 43 in 2019, including a victory over Paraguay in the 2019 Americas Rugby Challenge

Duque says Mexico is also turning its attention to the involvement of women in all levels of Rugby as well as concentrating on player welfare, while Ruben continues to deliver his message of ‘purpose for productivity’. “To me, purpose drives performance,” he says. “As I say to my players and my audiences – to be the best version of yourself, one must have purpose. I live each day with a purpose, and I continue to be passionate about making a difference in people’s lives, as well as striving for new heights within the Rugby arena.”