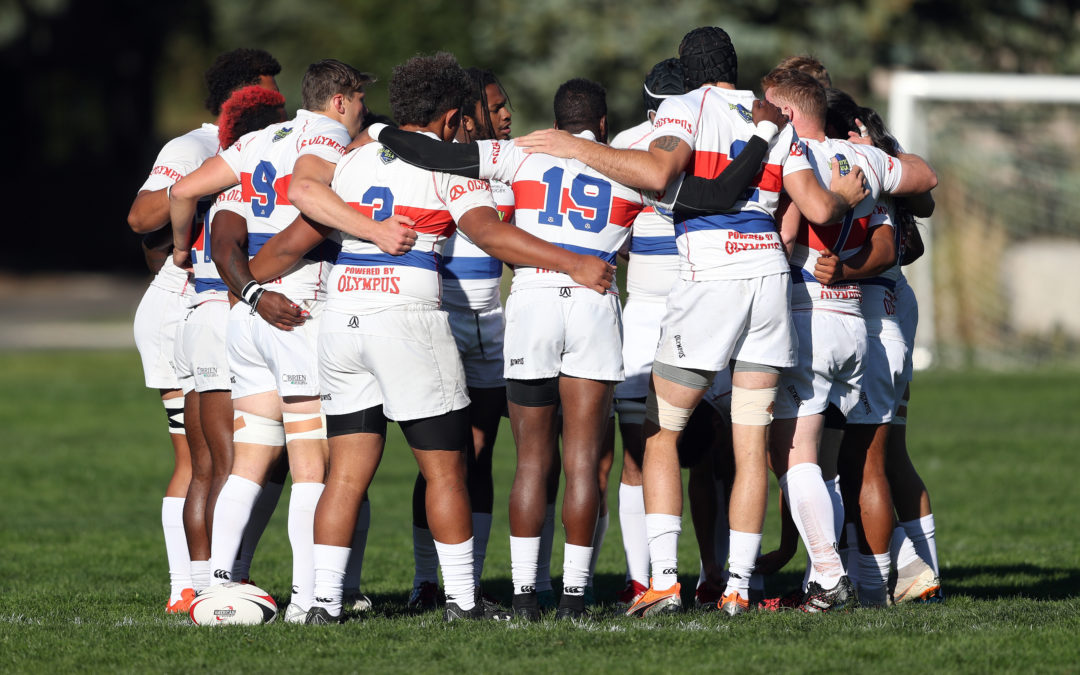 MORAG, CALIFORNIA – The North American Rugby Academy (NARA) wrapped up its programme this past weekend with an away match against Saint Mary’s College in Morag, California.

The academy travelled with just 22 players, including athletes of interest from Canada and the USA who attended training just prior to the match. The game was another step up for the squad who have been training together since August in Glendale, Colorado as a way to develop the next generation of Major League Rugby and test match talent. Canada’s all-time cap leader and Toronto Arrows Assistant Coach Aaron Carpenter added coaching expertise into the group.

NARA started the game well going to a 7 to nil lead after withstanding some strong defensive & tackle contest pressure from St Mary’s. Tries were traded and through the first 40 minutes with NARA going into halftime with a 17 – 14 lead over the hosts.

The second half provided some great attacking and defensive moments with the lead changing five times. NARA took the lead with minutes remaining only to be denied the win through a unlucky decision toward the end of the match.

“Best for NARA included Bailey Wilson (8 & Captain), Pat Lynott (1), Hoko Fanaika (5), Mike Dabulas (10), Mika Kruse 13, Campbell Johnstone (VC & 12), Cory Daniel (7) and Ryan James (11). Jack McRogers (No. 2) from Canada (McMaster Uni), came on at halftime and had a quality impact, Fred Ajuda from Atlanta also came on at halftime and despite not training with the squad had some dynamic impact in attack & defense.

“This has been a quality group of young men who will add value to the game. It is far and away the most impressive Academy group that I have been involved in. Some players involved in the programme have now represented their country at the 2019 Rugby World Cup and many will be involved with the Major League Rugby squads in 2020. It’s exciting times ahead for USA & Canadian Rugby.

“The programme finishes with the player assessments, reviews and prescriptions for on-going development. Thanks must got to the World Rugby staff, USA & Canadian Rugby Unions, the Glendale staff, the guest coaches and regular staff involved with the development of these players.

“We look forward to seeing some of these young men performing at the next Rugby World Cup in France 2023.”