MURRELL ON A MISSION: RUGBY BARBADOS’ VP INSPIRING THE NEXT GENERATION 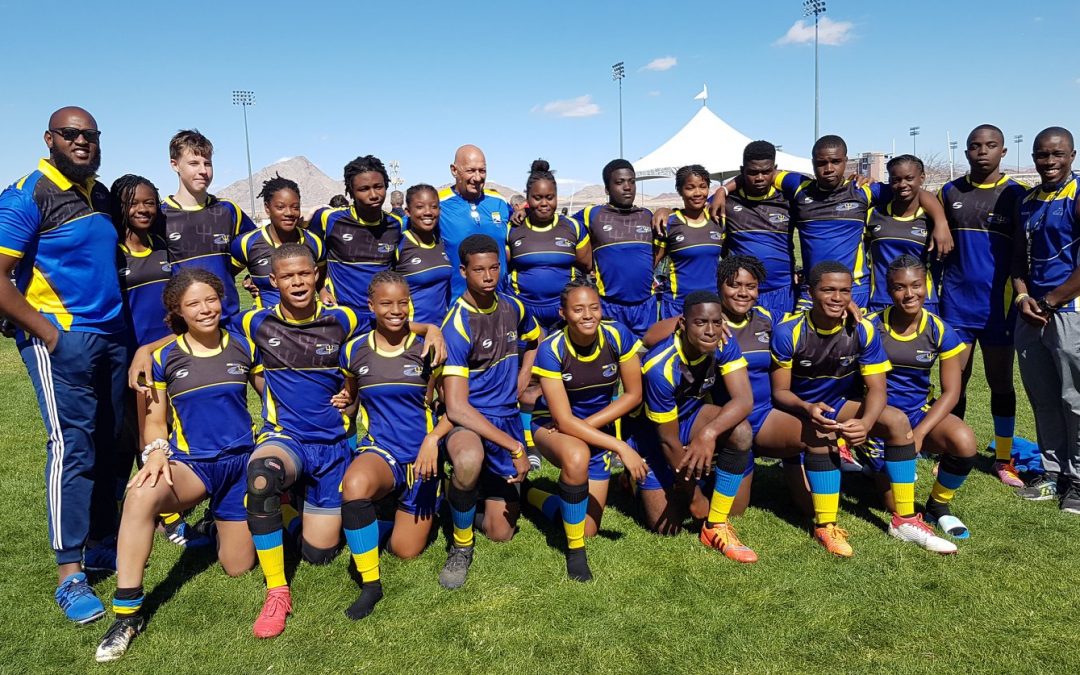 “Rugby shapes lives,” says Vice President of the Barbados Rugby Football Union (BRFU) and National Director of the Get Into Rugby Barbados (GIR Barbados) Programme Kevyn Murrell when asked about the motivation behind his role within the Rugby community.

Murrell’s involvement in the administration and implementation of various youth-focused initiatives in Barbados has resulted in the steady growth of Rugby on the island, especially in the retention of young male players in the sport.

In particular his efforts within the national GIR Programme – part of the World Rugby strategy to grow the game globally – has prompted the expansion of the original Schools Programme to now include all youth programmes and continue the positive development of Rugby in Barbados.

Not only that, Kevyn is also an active referee, coach, player and Physical Education teacher clearly intent on using his influence to build the game on home soil from all angles. 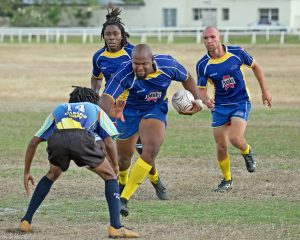 Bitten by the Rugby bug …

Kevyn started playing Rugby in 2008, when his best friend encouraged him to give it a go. “I was bitten by the Rugby bug immediately and I played from that day on,” he says.

In the same year, Murrell made the U19 Junior National team, naturally progressing to the Men’s 15s National Team and playing locally, regionally and internationally against teams like St. Vincent, Curacao, Martinque, and Guyana on many occasions.

He has also played in Rugby Americas North (RAN) and Rugby Barbados World 7s (RBW7s) tournaments, the 2014 Central American and Caribbean Sports Organization (CACSO) Games, and even travelled to England with the Barbados Men’s 7s Commonwealth Games Training Squad before taking a step back from playing to deal with personal tragedy.

During this time, Kevyn did not completely remove himself from Rugby. Instead, he took up refereeing and coaching so he could still be involved in the sport he loves and to use his experience to support up-and-coming players.

“In terms of moving into coaching, my thought process was – I really love this sport, I love what this sport has done for me, so I want to make sure the next generation of players have an easier way to get involved in, and develop through, Rugby,” he says.

With this in mind, Murrell transitioned into the role of National Director of the GIR Barbados Programme in 2016; a position he still holds today. He also went on to coach the Barbados U18 Men’s team at the 2017 Youth Olympic Games Qualifier in Las Vegas, as well as become Assistant Coach for the Senior National Women’s Team in 2018. 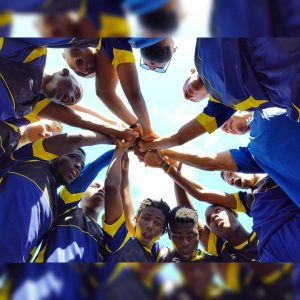 Barbados at the Youth Olympic Games Qualifiers in Las Vegas

The GIR Programme in Barbados encourages young people to TRY, PLAY and STAY in Rugby, targeting children as young as 6 years all the way up to 19 years.

Kevyn says his focus as National Programme Director is to expose local youth to Tag Rugby, primarily through the GIR Schools Programme which focuses on activities for primary, secondary and tertiary students, as well as to run Summer camps and host tournaments for the young people in Barbados to participate in.

“The aim is to get as many people as possible to know Rugby exists and how they can get involved,” he says. “We want to generate an understanding in Barbados that Rugby is a safe, fun sport that anyone can try – we are a completely inclusive community.” 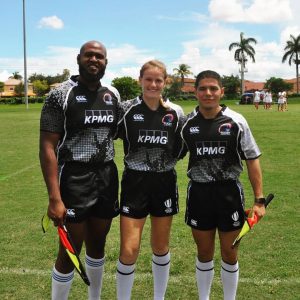 In addition to being a coach, administrator & player, Kevyn became a match official during his career

And, his endeavours are paying off. Murrell says there has been a significant improvement in the awareness of Rugby in Barbados through the Programme, as well as an increase in the number of players participating in the annual GIR Secondary Schools Tournament. “We’ve gone from having to play with mixed teams to now having separate male and female teams,” he says. “We’ve also had great success with the inclusion of Rugby in the youth Summer camps on the island. I’m proud to announce that we will soon be running our second exclusive children’s Rugby Summer camp, which is very encouraging.”

Stepping up the game …

This year, Murrell was re-elected as Vice President of the BRFU – a role he takes very seriously and allows him to continue to work towards his vision for Rugby in Barbados.

“I essentially really want to grow the sport – not just players, but administration, refereeing, coaching, and all aspects of Rugby,” he says. “My role as VP is focused on the youth arm of the BRFU which complements my work with GIR Barbados and is where my passion lies. I want to help attract and retain young players, and to build more local clubs by increasing the awareness and accessibility of Rugby in Barbados.”

Kevyn says that doing so will automatically raise the standard of competitive Rugby on the island. “I would also like to see more Rugby being played between regional teams to raise the bar even higher. There needs to be a more consistent diverse opposition, which in my view means creating more regional tournaments as well.” 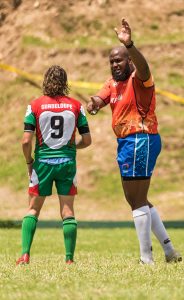 The highlight for Murrell in his work for Barbados Rugby is seeing the transformation that GIR can facilitate in a child’s physical and psychological development. “Knowing that I am creating opportunities to help kids positively develop through the game of Rugby is very rewarding and the youth here are really starting to take it on,” says Kevyn. “The future of Rugby in Barbados is extremely bright.”