Moe Chaudhry: When Refereeing is a Way of Life 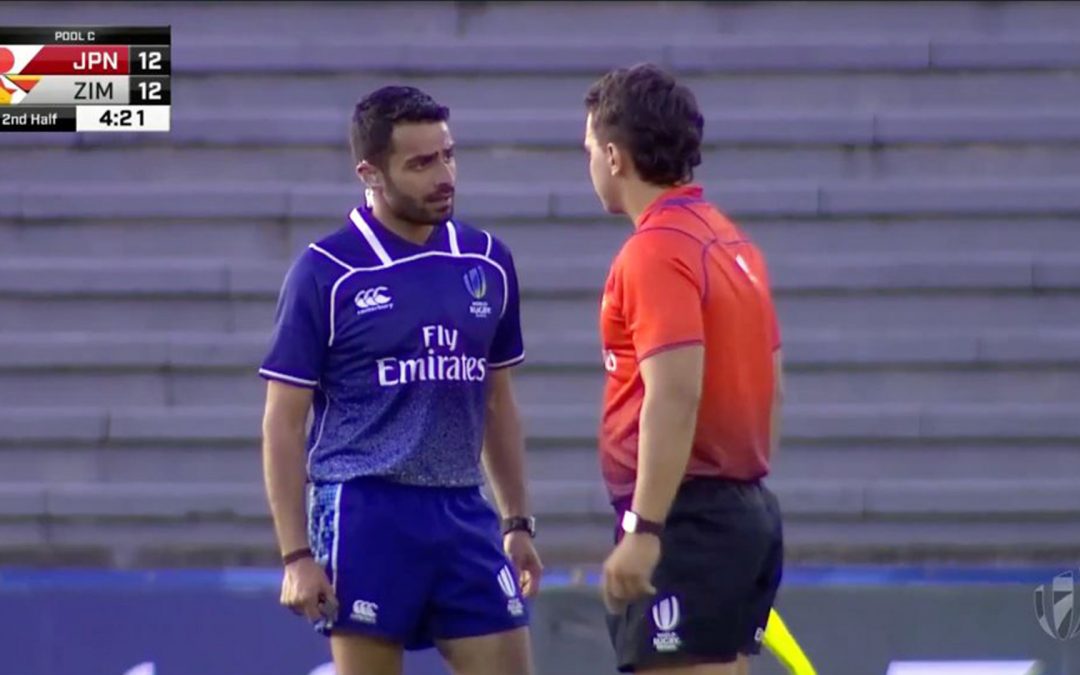 Having recently made this year’s HSBC Sevens World Series Referee Team, and with some solid years refereeing with Major League Rugby already under his belt, Moe’s journey actually began at a grassroots level; climbing the ranks through club and university rugby, making appearances at Rugby Americas North (RAN), the Vegas 7s, and the Dubai 7s (just to name a few), and even travelling to New Zealand and Australia to immerse himself fully into the unique rugby culture of each country.

Although he admits he was never the best rugby player, 31-year-old Moe says his refereeing career has allowed him to stay involved in the sport he loves and travel the world making connections with people from all walks of life through the tight-knit global rugby fraternity.

Moe was introduced to rugby in high school at age 14, and says he was first attracted to the sport by the friendship and camaraderie the game offers.

“It was a really exciting four years playing rugby in high school,” he says. “I definitely was not the best player, but what I really enjoyed was making friends with both my teammates and the opposition. It is a journey that started out in Grade 9 and is now a lifelong career path.”

Once injury sidelined his playing career, Moe says he then turned to refereeing. 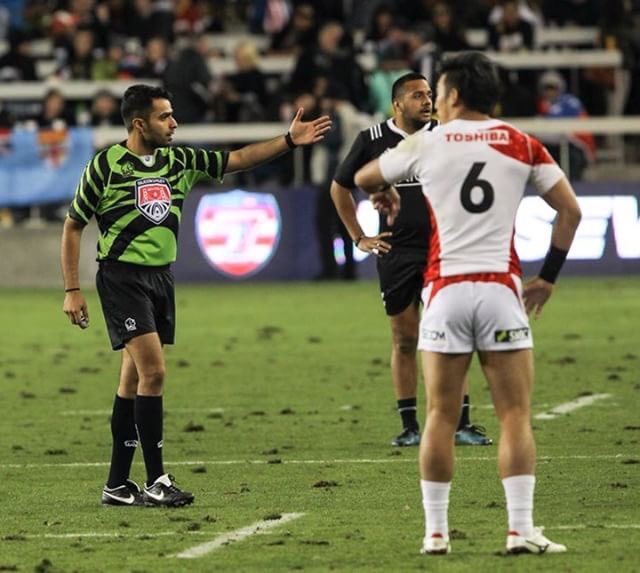 “As soon as I picked up the whistle, I realized I was still able to appreciate the game in a different capacity,” he says. “I started refereeing high school rugby, then club rugby, and university rugby. During my time as a university referee, I was one of the younger refs so I was able to learn from the more experienced professionals, and it set me in good stead for a solid refereeing career.”

Chaudhry says he has also had many mentors along the way who have helped to push him through each level of his refereeing journey, which includes several top-level international tours.

Through his consistent refereeing appearances, Moe was able to set up an opportunity in 2011 to travel to New Zealand on exchange – to fine tune his skills and experience all the World Cup action in the Southern Hemisphere.

“It was in New Zealand that I was introduced to the indigenous Maori Haka,” he says. “This was a spine tingling cultural experience and unlike what any sport in the world has to offer – it shows the special nature of rugby to bring together countries and cultures, all in the name of the game.” 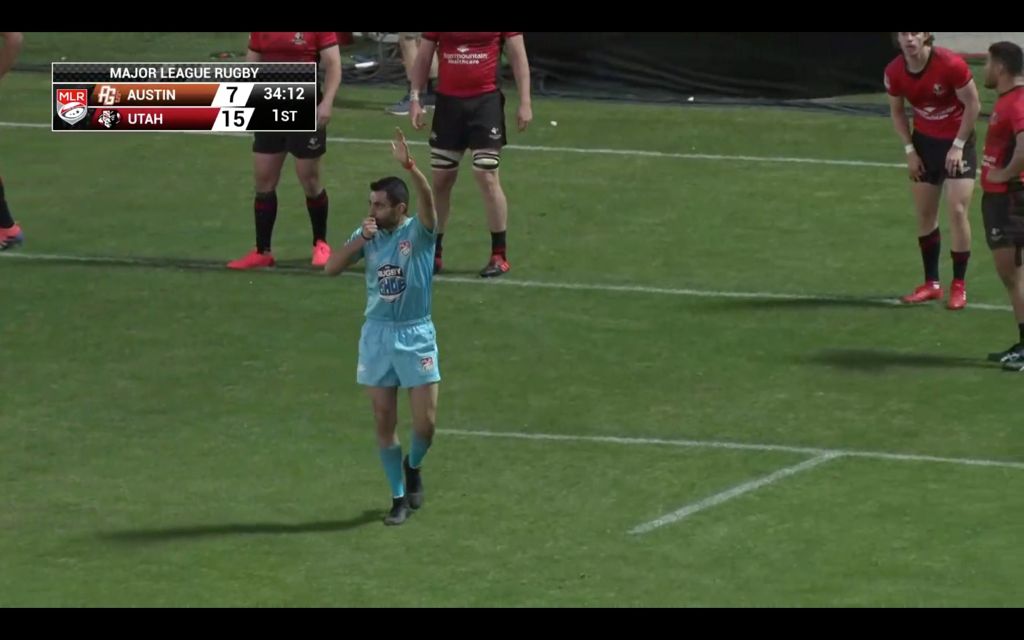 After returning to Canada in 2012, Chaudhry set up a second exchange opportunity – this time to Australia.

“This was another life changing experience,” says Moe. “I spent a year in Western Australia and refereed in the Perth Referee Society. I really immersed myself into the infamous Aussie ‘hotbed’ rugby culture and it drove home for me that when it comes to rugby, no matter where you go on the planet, the same strong core values apply – it is truly a unique sport.”

When Chaudhry returned to Canada in 2013, he was invited to be an In Goal Judge at both the Vancouver 7s and the Vegas 7s.

In 2018, on the back of these world-class experiences, Moe then began his current career refereeing in Major League Rugby.

“As a Canadian coming into the Major League, it was just wonderful to have professional rugby in North America,” he says. “And, coming up through the professional refereeing ranks was an awesome experience – from an In Goal Judge, to a Touch Judge, to Assistant Referee and beyond, I was able to see all levels of the game from all manner of perspectives.”

In 2020, Chaudhry again took on an exciting international opportunity to travel to South America to Chile and Uruguay to referee at his first HSBC Challenger Series event; previously having taken on the roles of Assistant Referee and Invitational Referee at the Vegas 7s and Vancouver 7s, and Referee at the Silicon Valley 7s in 2017. He also impressively made reffing appearances at RAN 7s, RAN 15s, and Test Matches between Uruguay and Brazil in the 2019 America’s Rugby Championship. 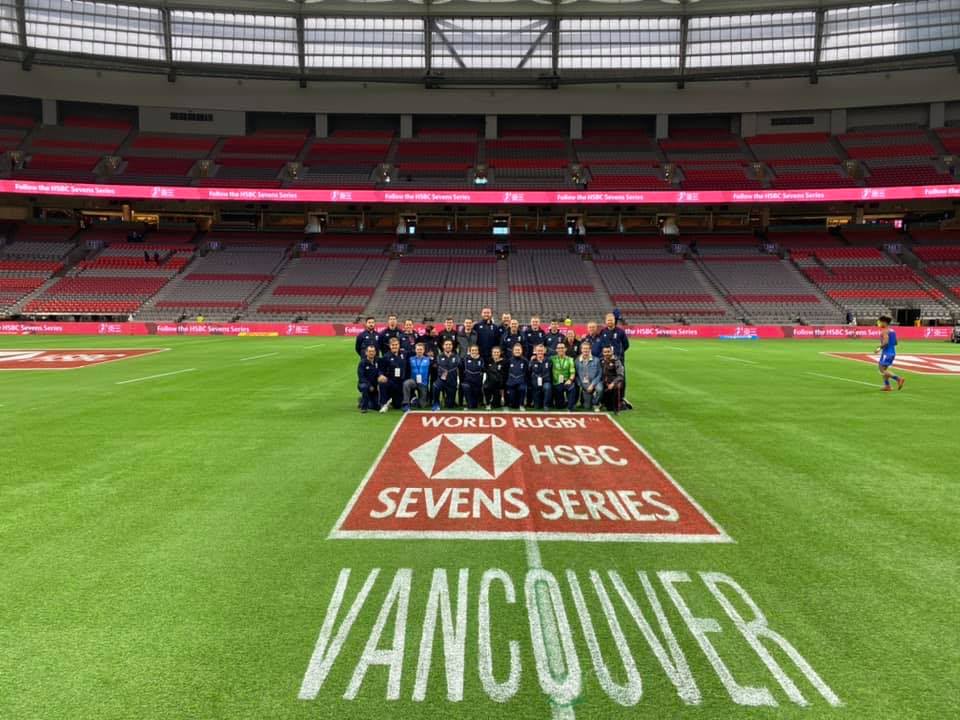 When asked what he loves about professional rugby refereeing, Moe says to him it is simply a way of life.

“Refereeing rugby allows me to enjoy friendships with so many different types of people,” he says. “It is truly a game for all. All shapes, all sizes, all cultures – and you make lifelong friends. There isn’t another sport where you are so competitive and physical with each other during a match, and then go have a pint with your opposition after the game like nothing happened.”

This coming season, Moe will be making his debut as a HSBC Sevens World Series Referee in Vancouver and Edmonton.

“I feel really lucky to be refereeing in Vancouver and Edmonton this year and it will be another major milestone in my career,” he says. “I am going to give it my all, and I hope it will lead to me becoming a core member of the HSBC Sevens Series Referee Team.”

And, Chaudhry says the sky’s the limit when it comes to his ambitions for refereeing. 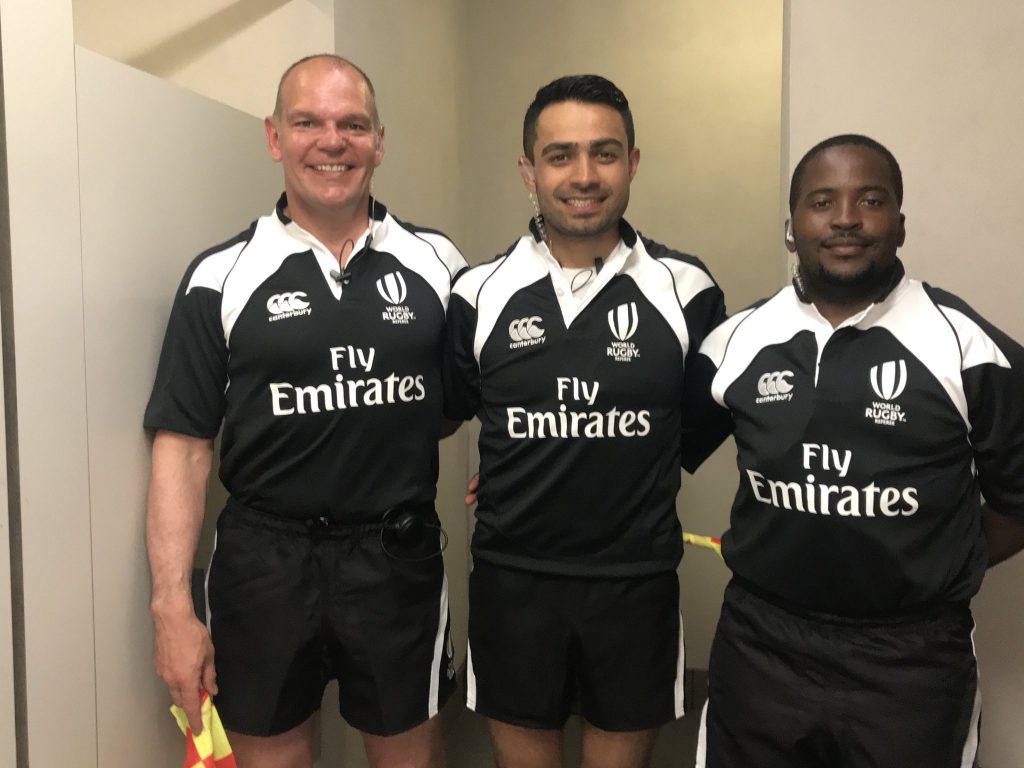 “In the bigger picture, I see the Paris 2024 Olympics as a main goal for me,” he says. “But really, my goal is just to be the best referee I can be and to be an asset to the game. I think rugby brings so much value to people’s lives, both on and off the pitch, and I would just like to be part of developing that further and to continue to be a student of the game.”