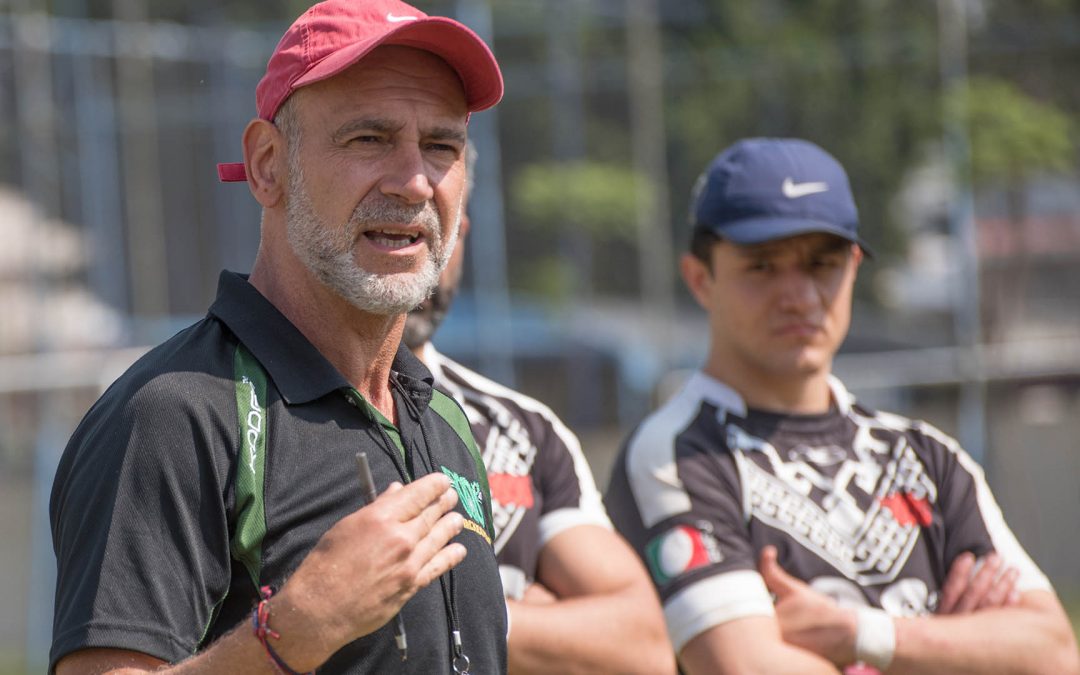 Mexico will be traveling to the final Olympic qualifying tournament with both its male and female teams aiming to reach Tokyo. But qualification isn’t the only goal they are preparing to meet in the sovereign city-state.

Mexican rugby was riding a wave of growth and development at all levels before the COVID-19 pandemic forced a break on the game, with the Mexican Rugby Federation not able to host any tournaments since March 2020.

Each of the country’s states has dealt with controlling the virus in a different way, and rugby has had to adapt.

Gauging how much the game has suffered when full normality resumes will be difficult, but the upcoming Olympic Repechage will give a good idea: both male and female Serpientes will be in Monaco on 19-20 June.

While taking any of the available tickets for the Olympic Games in Tokyo is the task at hand – two for the women, one for the men – according to Pablo Guerrero, there are other goals for Mexico in Monaco.

“It is not about winning games,” says the men’s coach, in conversation with World Rugby, “it is about moments and skills we want to do better. Success to us will be the possibility to evolve in moments of the game.”

Mexican rugby has not yet exploded at international level, instead choosing to take things one step at a time. Former player and sevens coach, Simon Pierre, returned home to New Zealand after many years in Mexico, meaning that the coaching set-up had to be reshuffled, although high performance was already working under the leadership of Rubén Duque, who in turn will coach the women in Monaco.

A RUGBY FOUNDER IN QUERÉTARO

“My son Franco, 12 at the time, wanted to continue playing rugby, as he did in Banco Nación.” At the Buenos Aires-based club, famous for beating England and Canada in 1990, he was coached by World Rugby Hall of Fame inductee Hugo Porta.

In Querétaro, some 220 kilometres from the nation’s capital, there was very little age-grade rugby, so Guerrero became one of a group of founding members of the Querétaro Rugby Roosters. The club has since grown to have U16, U19, women’s and two senior sides. The club’s growth saw Guerrero take on several roles, including becoming a World Rugby educator.

As his son, a fly-half or centre, grew to become a youth international, he would follow him around and, because of his knowledge and passion, slowly became involved with the national teams himself.

Guerrero was coach of the U19 Serpientes and was already working with Duque in high performance when the pandemic hit.

“When COVID arrived, we worked hard to find ways to keep our players involved. We had the Olympic Repechage as well as other tournaments to think of,” he recalls.

In an amateur scene, with most players students, “we started with 200 men and women that had played in a Mexican team in the past few years”.

“It was through zoom that we worked through five technical regional hubs, working on skills, analysis, fitness tests.

“In the process, a huge film archive was developed with every previous Serpiente game dissected and players individually analysed, highlighting their strengths and weaknesses.

“When Simon left, we took over the coaching reigns but continued the line he set. We travelled to México DF, Guadalajara and Puebla, to see them train under strict sanitary protocols, evaluating their fitness and the execution of several skills, with very little contact.”

From this process, the number dropped to 60 men and women and greater focus was placed on sevens.

Three weeks ago, they all got together and three teams from each of the men’s and women’s squads played trials, showcasing their talent and what had been worked on.

“We then selected 15 and 15 to go into a three-week bubble before we travel.

“We will be in a high-performance environment that we are unaccustomed to. It will be a turning point that has us excited.”

The focus on fitness since the last Rugby Americas North tournament in 2019 means that “both teams are in better physical shape than in previous tournaments, which is a good place to start working”.

The men will play in Pool A with fellow Olympic candidates Samoa, Ireland, Tonga and Zimbabwe. The women will play Russia, Argentina and Samoa, also in Pool A.

While Pablo Guerrero is certain of his trip to Monaco leading the men, Franco, who has played in the Mexican teams for the past five years, must still make it to the travelling squad when 15 are trimmed to 12.

“It is hard to coach a son, but Franco is very focused, watches rugby all the time, knows every player and works very hard on his fitness,” says Guerrero Senior.

In a sporting house, with a daughter/sister that plays football and studies sports journalism, the support has been unwavering. “His preparation started five months ago and we accompany him on a rigorous diet. He looks after himself and is a hard worker.

“As he grew, there was a bigger connection and it is a joy to share the day-to-day love of rugby with him.”

Preparation and the tournament itself will keep them both in the same sanitary bubble for nearly one month. The bubble will also include Vanessa Rodríguez Gasperín, Guerrero Junior’s girlfriend and fellow hopeful Serpent.

A good performance in Monaco will bring the same huge pride to the Serpents as it will the wider Mexican rugby family.

Read more: How teams in the Americas will qualify for Rugby World Cup 2023 >>