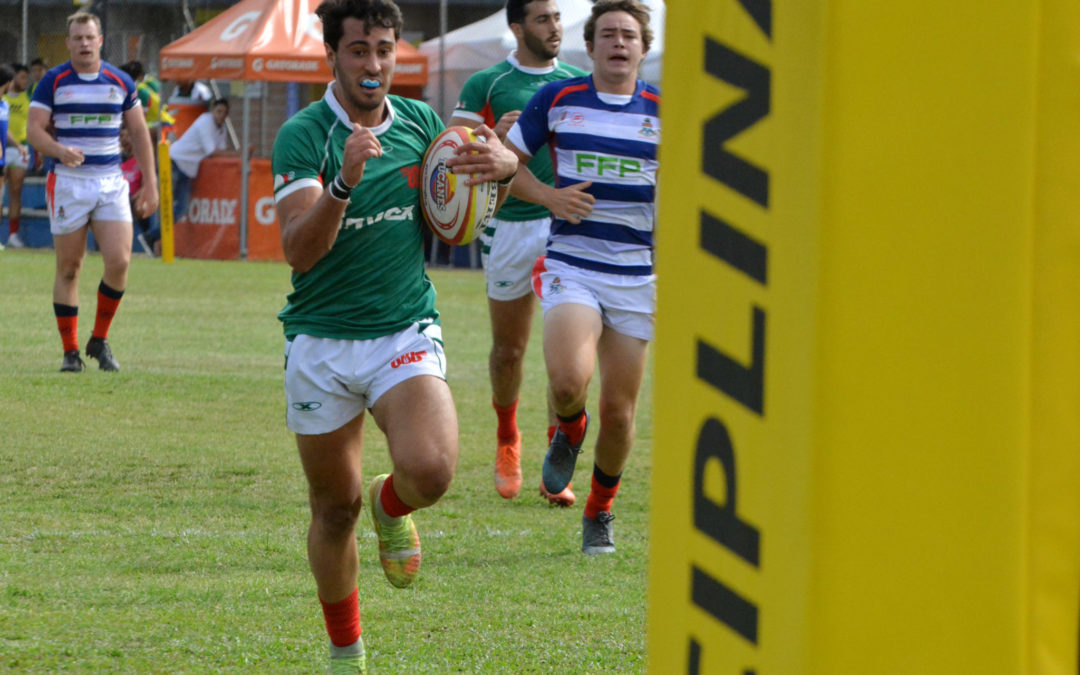 Mexico set a new record in hammering the Cayman Islands. Las Serpientes’ scored over 100 points for the first time in their history. The 105-17 victory surpassed Mexico’s prior record win of 96-0 against the Turks & Caicos Islands in 2014.

Franco Guerrero had a fabulous match as he converted all fifteen of Mexico’s tries. He also scored a try of his own to complete a personal haul of 35 points.

Leading the way in the tries scored was winger Fharid Samano. In doing so the Cumiyais Monterrey RFC player would match Guerrero’s 35 points. The mark of seven tries was the most in a test match since José Maria Nuñez Piossek scored nine for Argentina against Paraguay in 2003.

In claiming the victory Mexico completed the ARCh with a 2-1 record. Las Serpientes began by recording an historic win over Paraguay; in game two they were beaten by tournament hosts, Paraguay; while today’s result saw them hammering the Cayman Islands.

The ARCh results see Colombia crowned champion with 15 competition points; Mexico finished in second place with 11; Paraguay were third with 5; and the Cayman Islands lost all matches without securing a bonus point.