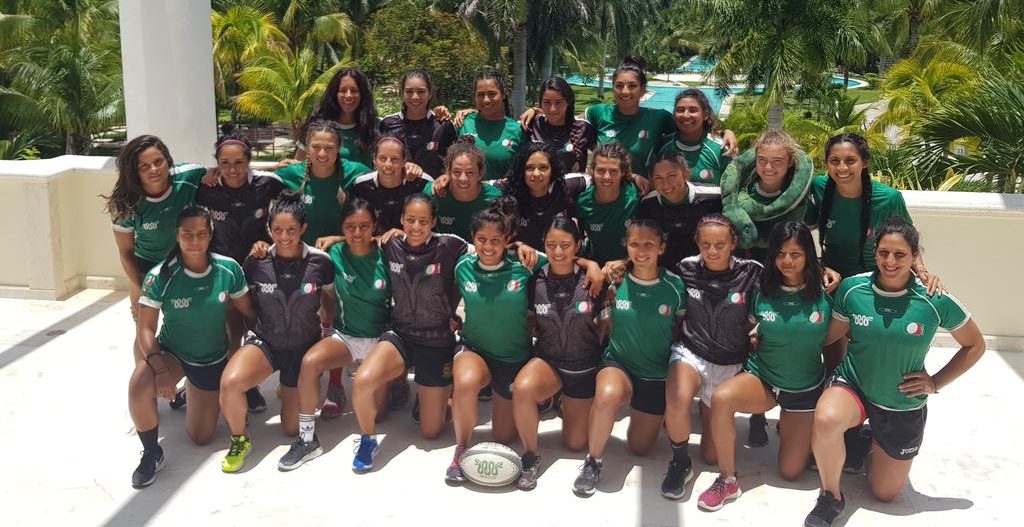 The Rugby Mexico Women’s Program has announced the 19 players who will compete for the final 15 spots available at the RAN Women’s 10s Tournament on July 12 & 13 at Tapatio Stadium in CU.

Throughout the year the program has gathered for eight camps in different cities including Mexico City, Veracruz, Cancun and Saskatchewan, Canada. The team also participated in Hong Kong Sevens and sent the first women ‘s U18 delegation to the Youth Olympic Games qualifiers in Las Vegas where they finished in the third place. RAN Women’s 10’s will be another tool for the program to develop players for the Pan American Games qualifying tournament in September, and ultimately the 2020 Summer Olympics.

During RAN Superweek, Mexico will also have a contingent in Vancouver Island, Canada as that squad prepares for the Rugby World Cup Sevens on July 20-22nd.  On the calendar is also the 23rd annual Central American and Caribbean Games to be held in Barranquilla, Colombia in late July. Much of the team’s focus throughout the past year has been to build a broader base of players able to compete at a high level, and with three competitions of great importance in the month of July, the program’s progress will be put to the test.

As the pool of athletes has expanded, so has the team’s staff.  Alejandro Chavez will be the coach for the RAN 10’s with support from Assistant Coach José Luis Tuyu, Manager Fernanda Vazquez, and Physiotherapist Berenice Nava Araiza. Chavez has extensive experience as an international player representing Mexico since 2006 in both sevens and fifteens. Chavez will also continue his involvement with the Mexico Men‘s national team who are in full preparation for the Central American Games in early August.

The players for RAN Women’s 10s tournament were selected from those who participated in the June 7th-10th camp in Cancun, where they competed against the main team.

Chavez remarks, “It is a privilege to guide these women during this upcoming tournament. It has been very special for me to represent my country in the field and now to have the confidence from the federation and from Robin is a great honor. It is the next step in my career within the Mexican rugby community. I’m excited to be part of this project and to be able to help develop these women–it’s an incredible opportunity. I am confident that with the quality of players we have in this group we will win this tournament. We have very exciting players on the team, including Karime and Dariana with a natural instinct to score tries. Fernanda Tovar is a very dynamic player and Alma Jimenez has extensive experience in international tournaments, she will look to make an impact on the game and help to lead this exciting group of young players.”

Rugby Mexico also thanks X-Treme Rugby Wear for all the support.