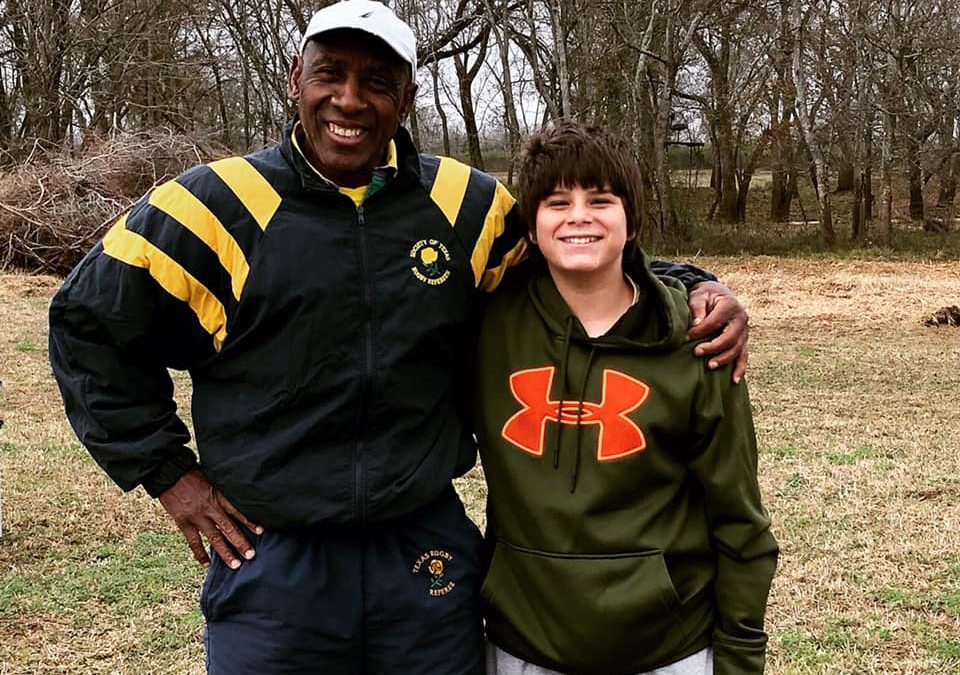 As the youngest of nine siblings of an all-American family in Houston, Texas, you might say rugby is a part of Elliot Rouse’s DNA. In the ever-evolving game, Elliot has built a solid reputation for himself as a rising star in the local refereeing community – and he has the resume to prove it.

At only 12-years-old, Elliot is the youngest USA Rugby Certified Referee in the entire country.

“I love the culture and community that is rugby,” Elliot said in a recent interview with Rugby Americas North. “I just enjoy being a part of the game.”

Elliot’s appreciation for the sport began at an early age. Not only did several of his older brothers play for the CyFair Warrior High School Rugby Club, but his parents have also completed the Level 200 Coach Certification and Level 1 Officiating course certification. While Elliot showed interest in becoming a player, his mother, Maggie Rouse, says extenuating circumstances initially prevented him from participating. 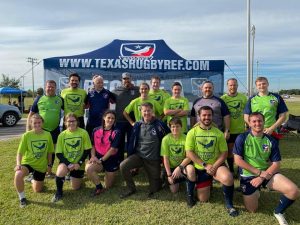 “With four older brothers in high school and Elliot’s dad and I assisting with the training of that team, it was difficult, and some days impossible, to take Elliot to another program as the closest youth program was 45 minutes away,” explained Maggie. “The next best thing to help Elliot learn the laws of the game was to have him run touch. With Elliot being the youngest of our children, he went to both courses with us and was welcomed to participate”

Having watched his parents partake in referee training, Elliot knew simply expressing interest in becoming a match official wouldn’t be enough to take the pitch with a whistle. In 2018, Elliot started the process of completing the requirements to move from the sidelines and referee from “the Center”. Less than a year later, he successfully completed the L1 Officiating course certification at the age of 11. Elliot also participates regularly with the Texas Rugby Referee Association’s training sessions in order to prepare for the upcoming season which is currently on hold because of the COVID-19 pandemic.

“I think being on the sideline running touch and as an Assistant Referee, as well as getting the opportunity to be in ‘the Center’ helps me as a player to understand what my coach wants and needs me to do,” Elliot said. “It also helps me be able to help my mates learn more about the game beyond just their position.” 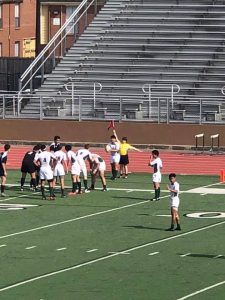 Elliot Rouse as an Assistant Referee in Spring 2019

A CHANGING OF THE GUARD

While some people view officiating as a way to give back to the sport, or stay involved, after retiring as an athlete, Rugby Americas North’s Regional Training Manager Scott Harland says it is encouraging to see youth like Elliot picking up the whistle.

“While World Rugby recommends that course participants be at least 14 years of age, this is a great example of when to make an exception,” said Scott Harland. “To see someone start so young is very encouraging, and offers them many years of enjoying the role after they have honed their skills, which is not always an option for people who start later.”

“I commend this young ref for stepping into an often challenging role at such a young age, and hope they have an enjoyable, and exceptionally long, path as a referee,” added Harland.

They say it takes a village to raise a child. In Elliot’s case, the entire referee community in the greater Houston area has taken great pride in assisting him to become a match official. To ensure he masters the rugby rules, one of his mentors, referee Blair McClure, regularly quizzes Elliot over text messages to help keep him sharp on his knowledge of the laws of the game. He added one of his career highlights has been working alongside former International Rugby Referee, Richard Prim, who was inducted into the Inaugural Texas Rugby Union Hall of Fame in 2016 for his athletic accomplishments.

“No one ever told me that I was too young to run Touch, be an AR or a Center,” Elliot said. “Many people have helped me to be in the Center and they continue to help me become the best that I can be.”

Despite his youth, he says trainers and even players have afforded him the same respect as they would an adult. Ironically, Elliot says his toughest critics are often those closest to his age but he understands that earning their respect will enable him to take criticism positively in the long run when players complain or challenge his calls.

“I find that it is easier to be a match official for older players, as the players my age usually don’t like to see someone their age as a person of authority,” he added. 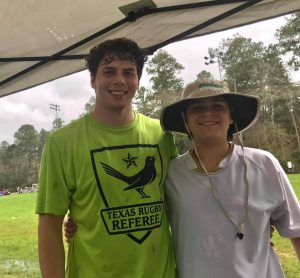 Elliot, and his brother Lane at Referee Training Spring 2020

While Elliot clearly has a bright future ahead of him in the rugby world, he isn’t ruling out a career in another field. However, he says he plans to continue pursuing his interests in rugby while climbing the refereeing ladder.

“I’m only 12, so I have not really thought much about a career,” Elliot said. “I do know that I want to continue to grow in the game as a player and referee while having fun doing it.”