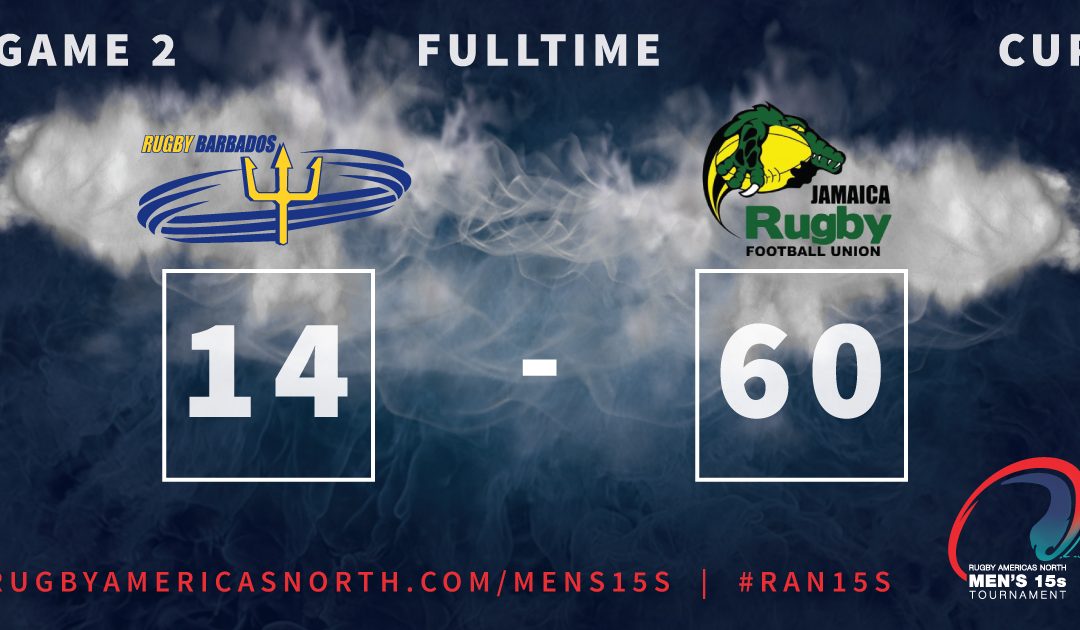 RECAP: Jamaica jumped out to an early 10-0 lead after two quick tries in the 10th and 12th minute before Barbados pulled back a converted try at 17 minutes to pull within 3. Another breakaway try by Jamaica’s captain Oshane Edie in the 24th minute seemed to have settled the half firmly in favour of the visitors before Barbados scored another rumbling forwards try in the 38th through hooker Jeren Clarke, to see the first half end at 15-14 in Jamaica’s favour.

A keenly fought encounter, with many technical errors from both teams, headed into the second half with all to play for. Barbados’ pack, although giving up a lot in the weight department, held its own in the mauls and dominated the scrums. Not surprisingly, Jamaica’s backline was their strength, with Edie scoring two first half tries.

For Barbados, Jeren Clarke matched Edie with two tries of his own, and the second half promised to follow the same pattern.

Barbados flattered to deceive in the first half, allowing the Jamaican backline free reign to run in try after try under the posts in the second half.

Jamaica rapidly built on their first half lead by taking advantage of numerous errors by the Bajan forwards and backs alike, while not allowing Barbados even a sniff of their own try line.

The Jamaica coach made sure that he emptied the bench, but there was no let-up in the frequency of tries for the visitors.

Barbados will surely be looking to put in work to turn things around for their away game against Jamaica on May 12th.