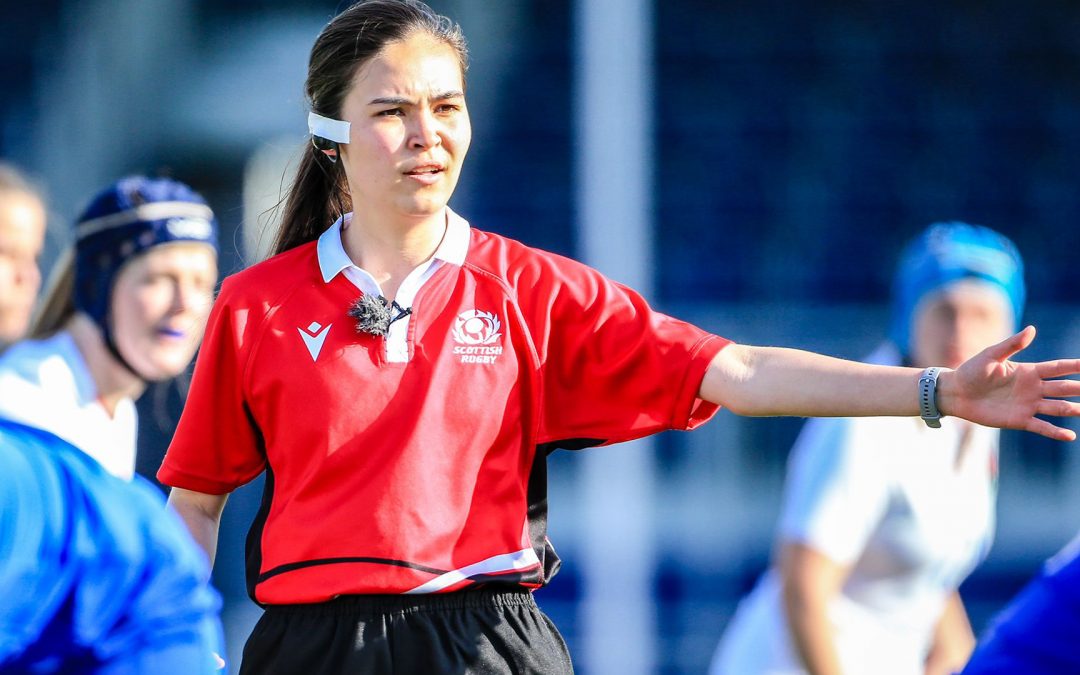 Growing up, 22-year-old referee Mary Pringle was surrounded by rugby.

Born in Singapore to a Singaporean mother and South African father, Mary moved to the British Virgin Islands (BVI) (Tortola) when she was just one year old, where she remained for 13 years.

During this time, her father became President of the BVI Rugby Club, meaning all things rugby became second nature to Pringle and her family.

“Rugby was always around in my house,” she says. “This was a big motivator in me wanting to get involved in the sport, and eventually falling in love with it.” 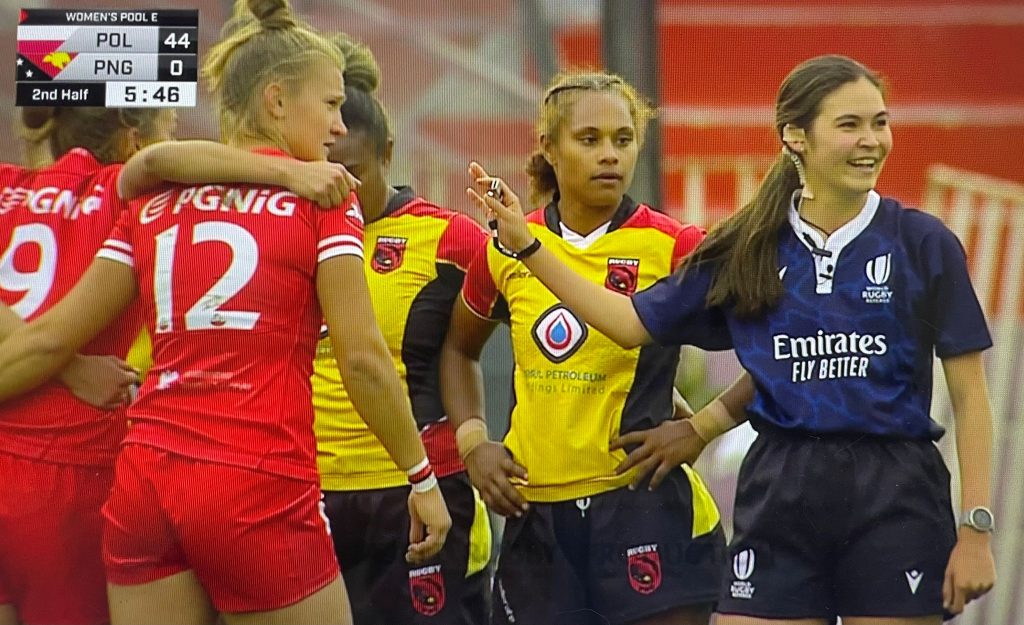 Falling in Love with Rugby

Mary says her father was involved in anything and everything ‘rugby’ in the BVI.

“We always had players over in our house, my mum would cook dinner for them, or we would all go down to the local or corporate games and watch,” she says. “I just loved having it around. I didn’t know much about the sport, but I knew I wanted to be involved in it.”

Pringle says she did play some games but quickly found that playing was not her calling, despite playing touch rugby from around nine years old during her time at Cedar International School.

“It was actually the 2011 World Cup when I well and truly fell in love with rugby and started to think about seriously getting involved in the game,” she says. “I was looking into either refereeing or coaching but I just felt like refereeing was for me.”

Mary says at this point she was 11 years old and began openly expressing an interest in pursuing refereeing as her way of continuing her connection with rugby.

“My dad was always doing something rugby-related in the BVI and we were very much part of the rugby community. Refereeing was my way of keeping myself involved with the tight-knit rugby ‘family’ I had grown to love so much.” 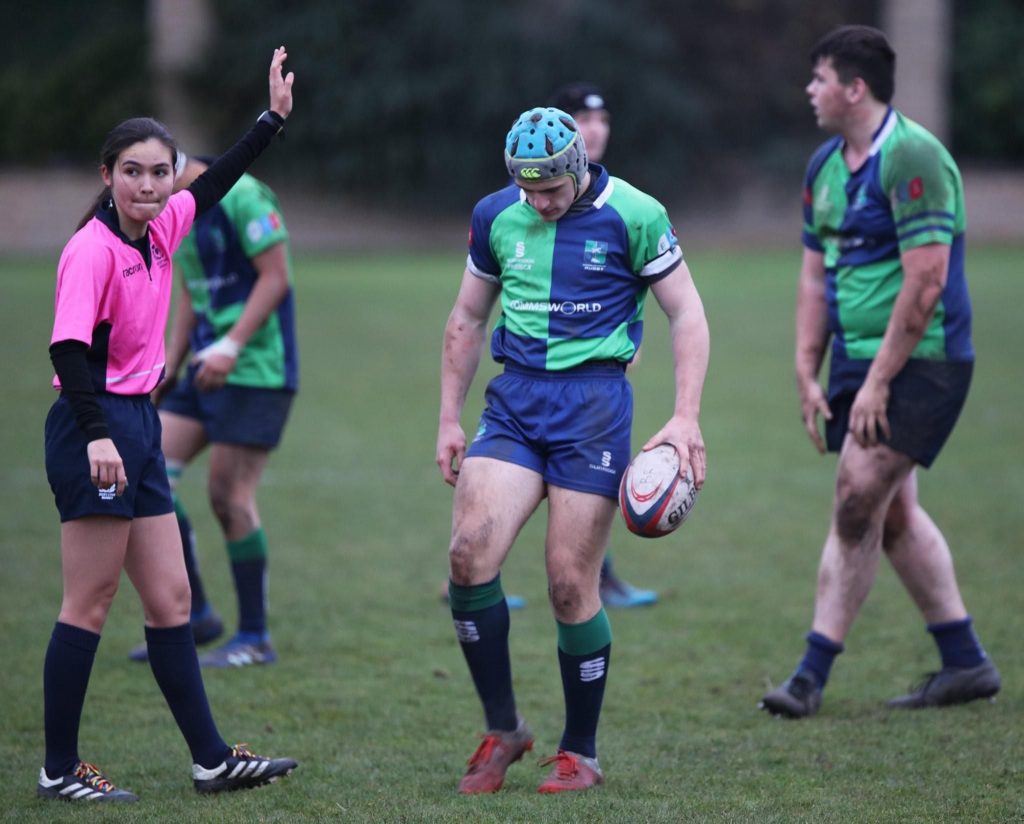 Taking the Next Step

In 2014, when she was 14 years old, Pringle and her family moved to Singapore.

“When I was in the BVI, I had expressed to RAN that I was interested in refereeing. I was a little bit too young, but that interest stayed with me as I moved to Singapore,” she says.

So, as soon as she turned 16, Mary signed up to do a Level 1 Referees Course and says she saw a great pathway for her to progress her passion.

“I got involved with the Singapore Refereeing Society,” she says. “They have had a big role to play in my refereeing journey – encouraging me and never letting my age or gender be an issue. They are still a huge part of who I am today.”

Mary continued refereeing until she finished high school in Singapore, before taking another step forward; moving to Scotland for University.

“Refereeing at that point was such an integral part of my life so of course I picked up refereeing in Scotland as well,” she says. “Part of the reason I chose to move to Scotland was the success of people like Hollie Davidson, Sam Grove-White, and Mike Adamson and seeing how they have become professional referees. I saw that Scotland not only has a great higher education system but also that there are great opportunities for me to pursue my rugby there, to make a potential career out of it, and to get exposure to different types of rugby and styles of play.” 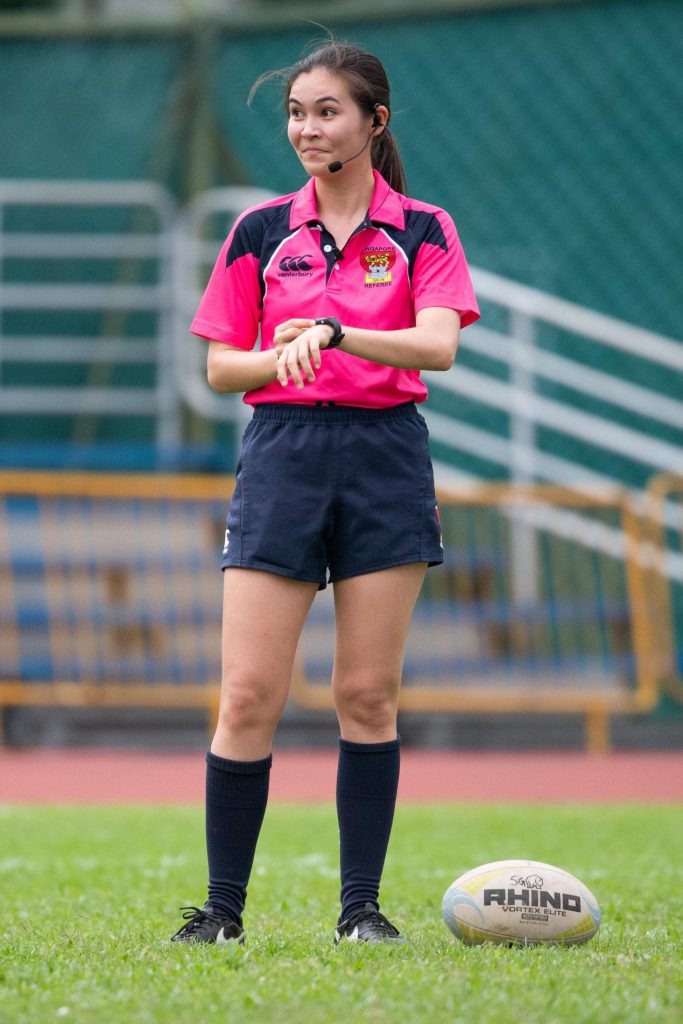 More Than Just a Sport

Mary emphasizes her love of rugby and refereeing goes way beyond a connection to just a sport.

“Part of the reason refereeing has been such a big part of my life is because of the people that it has brought into it,” she says. “Some of the most important people in my life have been (and are) referees. My best friends and the people I go to for support are all part of the rugby community; it is spread all over the world – you can’t go anywhere without having a referee friend or someone that knows somebody else who is part of the rugby community and I find that so welcoming and so beautiful.”

Pringle says the diversity rugby offers is another drawcard for her.

“Rugby is not just young people, or not just old people,” she says. “It’s a great mix, and you get to meet people from all walks of life, different backgrounds, and different experiences who all share this one passion and love for the game.”

Mary says the opportunities rugby and refereeing have provided her with have been countless.

“I am extremely grateful for the opportunities that I have been given by Singapore Rugby Union and the Scottish Rugby Union, as well as the experiences I had with rugby in the BVI,” she says.

At 17 years old, she got to referee her first international sevens match in Singapore and has also had the privilege of being involved in the Women’s Six Nations Championship, been to Rugby Europe tournaments, participated in the Dubai 7s three years in a row, and was also selected by World Rugby to referee at the Challenger Series in Chile this year.

“I have been to so many different places, had some wonderful experiences, and met some incredible people already, and I have rugby and refereeing to thank for that,” she says. “I am immensely grateful.”

“Refereeing was originally a great way for me just to stay involved with rugby, and I have ended up really loving it.” 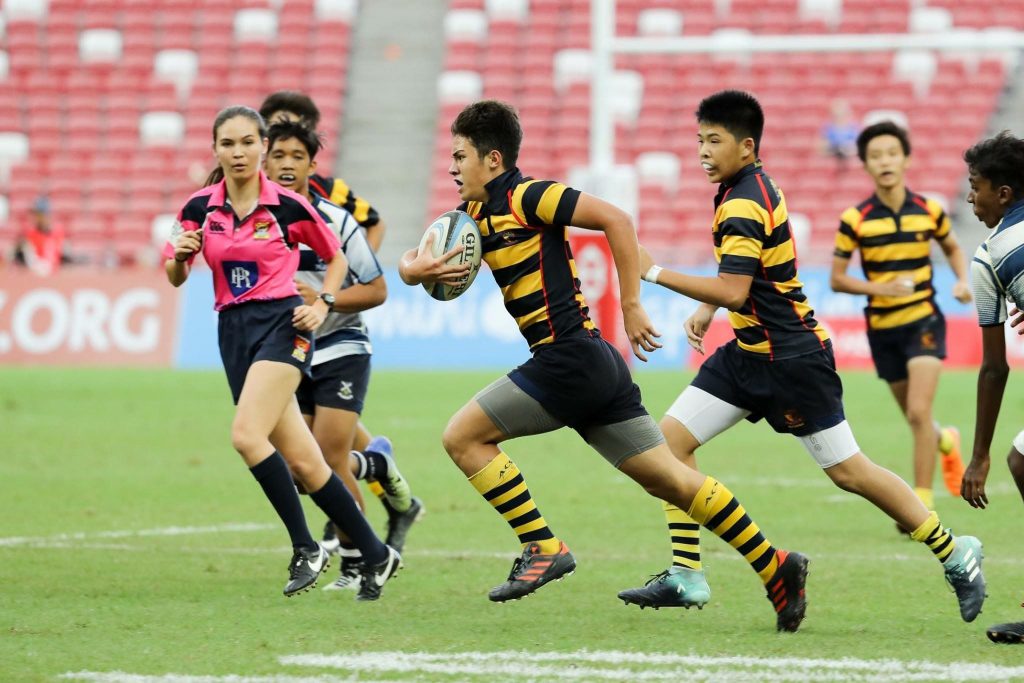 What’s Next for Mary?

Mary says her dream is to pursue her refereeing career as much as possible and to follow in the footsteps of some of the women she says are the incredible pioneers of women’s refereeing.

“I would love to follow in the footsteps of Hollie Davidson,” she says. “Scottish Rugby have now taken me on and have pushed me with some invaluable coaching opportunities – I’m currently working with Hollie Davidson’s former coach which is really exciting.”

She says that in the six years she has been refereeing, she has seen immense growth, not just in women’s rugby, but particularly in women’s refereeing.

“It’s been inspiring to see women referees reffing international men’s matches and the Rugby World Cup, alongside increased viewership and participation,” she says. “Things are really improving, and I can’t wait to see where the next generation of referees goes. I just feel like it’s a really exciting time for rugby and I am thrilled to be a part of it.”