MARIA GALLO: A FEARLESS AMBASSADOR FOR THE WOMEN’S GAME 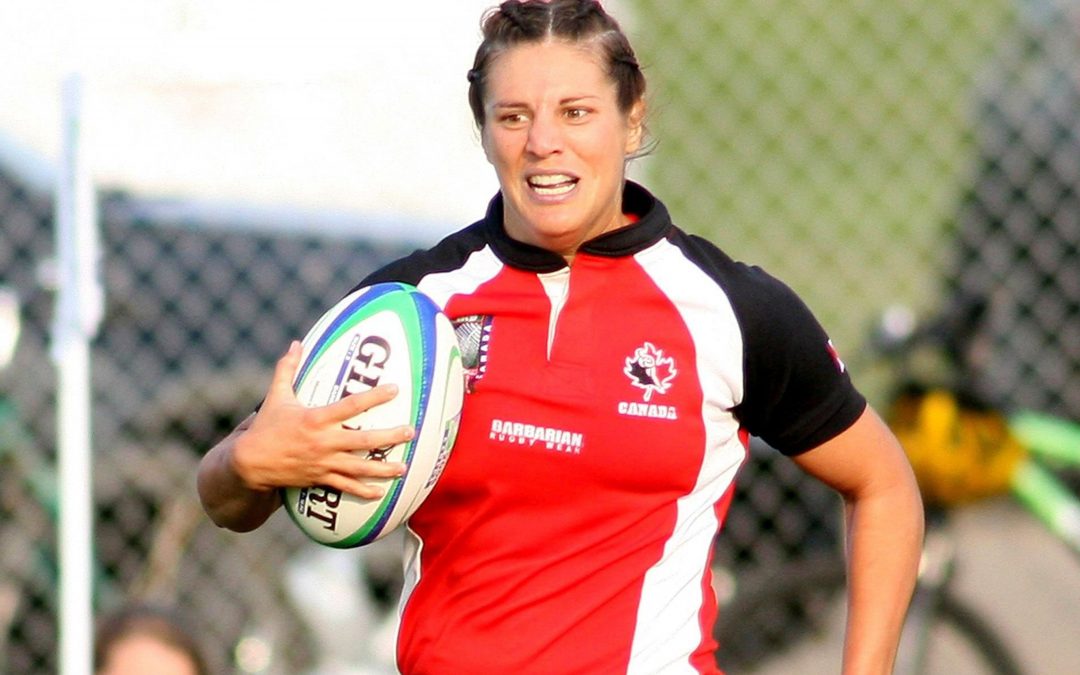 A year ago Canada’s Alana Gattinger became only the second woman to serve as team manager at a men’s Rugby World Cup and first for 16 years after Louise Ramsay with RWC 2003 winners England.

And now Maria Gallo would like to see the same happen in coaching at the highest level of the men’s game, where females are currently non-existent, not because of ability but through a lack of opportunities.

The Argentinian-born, former Canada international is one of a select band of female coaches chosen for a new World Rugby initiative, the Coaching Internship Programme for Rugby World Cup 2021, which she hopes will act as a catalyst for change.

“There’s 12 women that are part of this new programme and a lot of us will be working with our current women’s head coaches, many of which are men, so hopefully we can showcase that women can also be part of a high-performance coaching staff not just at assistant level,” she said.

“Hopefully, it can open some eyes and make young girls aware that this is something they can do as a professional career and it is not only a man’s world.”

Speaking further about the programme, she added: “I’m excited to see what comes of it and I am delighted for the additional professional development.

“It is kind of cool to hear that I will be in New Zealand for the whole duration of the World Cup.

“Once we are on the ground in New Zealand, I suspect there will be lots of opportunities to see how a worldwide tournament is ran in terms of communications, marketing, game-day operations and tournament management.”

ALWAYS A PART OF MY LIFE

For the past 18 months, Gallo has worked as an assistant to Canada women’s 15s head coach Sandro Fiorino.

As a mother of a young child and a full-time associate professor of teaching in the School of Kinesiology at the University of British Columbia, Gallo’s time is precious, but she says rugby and coaching will always be a part of her life.

“Being a full-time faculty member is pretty demanding and so is being a parent, but I always want to keep coaching in my life, I just don’t know exactly to what level,” she said.

“I’ve always liked a lot of variety in my life, so don’t see coaching as my full-time job but I do like how it complements my academic profession.”

Having served two years as assistant coach of the Thunderbirds women’s team at the University of British Columbia (UBC), Gallo stepped up to the top job in 2013 and immediately guided the 15s side into the conference play-offs and won the sevens national championship. She was later named Canada West Coach of the Year.

Displaying the pedigree that earned her 55 international caps as a player, Gallo continued to impress at UBC before landing the job with the national team.

Now, Gallo refuses to put a ceiling on her ambitions in the game despite a busy schedule.

“I think this high-performance programme will help me build on my areas of weakness and, maybe, one day, I’ll get to lead the national team,” she said.

“I’ll never say never, and I’ll keep striving and pushing forward and if the opportunity arises, I don’t think I will shy away from it.

Gallo has always been fearless, as a rugby player and as a one-time bobsleigh participant.

“A (rugby) team-mate of mine at the time was travelling between Edmonton and Calgary, a three-hour drive, and said I should go along and bobsled with her,” she said, explaining her dual sporting background.

“I started going to practices with her and liked it. The Canada head coach was impressed, and I trained with them for a little while and got a season and a half under my belt.

“The training was great; it was so complementary to what I was doing on the rugby field – lots of Olympic lifts, lots of short bursts of maximum activity – so that’s why I think I kept doing bobsled as long as I did. It was fun touring with the team and going to a couple of races, there was no rush like it.

“But while trying to play rugby and do bobsled, I was in graduate school, trying to finish my PhD. I would have hopefully made the team for Torino (Winter Olympics) 2006 but I just made the decision to keep my studies and rugby alive; bobsled was something I just tried out.”

While nothing could match the adrenaline of hurtling down the ice at 150km/hour, rugby has provided her with plenty of highs.

From making her debut against the USA in 1999, she went on to enjoy 11 years at the top and appeared in three Rugby World Cups in 15s and one in sevens, scoring five tries in one match against Spain in Canada’s home tournament in 2006.

RUGBY IS A KIND OF FAMILY

“There’s not many YouTube reels on my performances back in the day but that seems to be one that is still be on the internet. Oddly enough it is the one that my students seem to catch. It follows me around that video which is kind of cool.”

Gallo was more than just a finisher though; she knew how to put herself about on the rugby field and get involved in the physical side of the game.

“I grew up with two older brothers and that kind of shaped me into the aggressive rugby player, it was kind of do-or-die as far as my two brothers were involved,” she revealed.

“I had a bit of a mean streak to me, I suppose. I did like to joke around in practice and have a good time but then, come game time, I just kind of put on my game face.”

Those brothers were introduced to their wives by Gallo through rugby and her husband, Dean Murten, an Englishman, has taken over as head coach of the Thunderbirds.

Rugby is never far from her life, in whatever capacity it is, and Gallo wouldn’t have it any other way.

“As an athlete, I was drawn to the physicality and the cerebral nature of the sport, and having to make split-second decisions under pressure,” she said.

“As a coach, I do like breaking it down and being analytical. One thing that draws me to the game is how complex it can be and also how simple it can be.

“And, from a holistic point of view, to me rugby is a kind of family.”