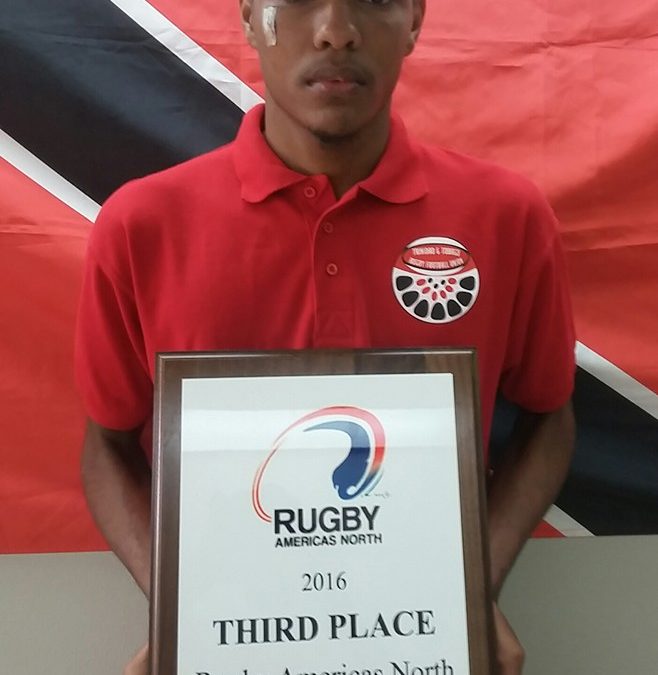 What does the RAN U-19 Championship Tournament means to the team and country?

Head Coach –Wayne Pantor
“No one individual can get the job done so operating as one unit is essential and we can say as a team we are willing to go through every milestone embracing all challenges because of the thirst for success.
The opportunity to represent the country of Trinidad and Tobago is not a “right” but a “privilege” however it is worthless in the sport if we do not live our U19 Motto ““TOGETHER EVERYONE ACHIEVE THE MISSION” [TEAM] and “ONE TEAM ONE DREAM”. As we bleed our hearts and body out on the Rugby field we will emerge victorious in our soul no matter the outcome of the game. We had some obstacles along the way on our journey preparing for the tournament but I would close by saying a river does not run through a rock by using its power, it runs through because of its persistence.”

Captain –Leon Pantor
“Rugby has been a big part of my life for the pass 6 yrs. Most of all it taught me about discipline, friendship, respect, team work and being humble. I’ve traveled and seen some lovely places and met some amazing people. It is such a pleasure & honor to represent my beautiful country of Trinidad and Tobago in the RAN U19’S Championship for a second year and win, lose or draw we represented as a team and extension ambassadors in this great game. Respect to my coaches and managers whom I had the privilege to work with and help me to be a better player and by extension a better person.

Team philosophy:
“ONE TEAM ONE DREAM”

“TOGETHER EVERYONE ACHIEVE THE MISSION.”