Kelly Russell on the next generation of Canadian rugby stars 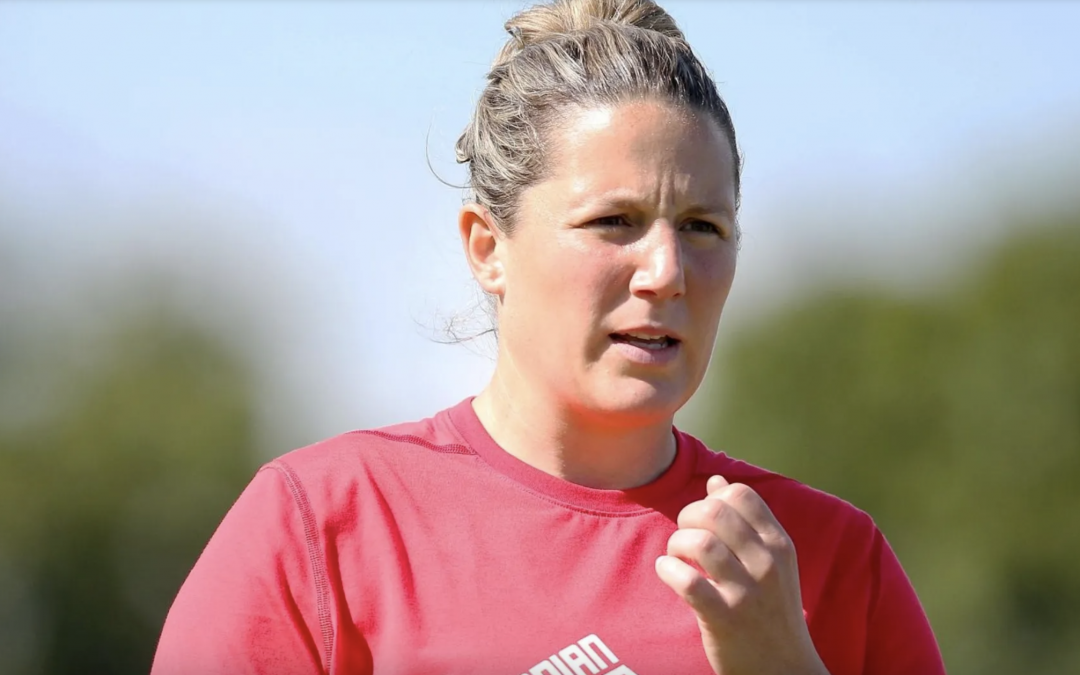 The past fortnight in Dubai gave a glimpse into the future of the Canadian women’s sevens team with eight players experiencing the HSBC World Rugby Women’s Sevens Series for the first time across the two tournaments.

“We’re very proud of that and we’re very proud of them. I think it’s a big example of how the MLA can support athletes individually as well as the senior national programmes,” said Kelly Russell, MLA head coach and former Canada dual code international.

Canada didn’t medal in either event but Russell expects results further down the line.

“For us, the next couple of years are all about building. It’s a new squad with MLA players in there alongside senior players coming back in and 15s players coming across, and they are all getting to know each other as they go.”

Twelve of the country’s best young athletes were chosen from 75 applicants to attend the MLA, which is now in its second full season.

Based at the Al Charron High Performance Centre on Vancouver Island, the MLA intake trains alongside the senior national team squads and it is clear that the two programmes are well aligned.

“It’s a daily training environment that runs for around eight months of the year, and it gives athletes an opportunity to get upskilled in many areas, in terms of their rugby development and also off the field as well, around mental health, COVID management, emotional intelligence and things like that,” Russell explains.

“We are lucky that it runs right alongside the senior programme so there are opportunities for us to engage with their training as well.

“It is inspiring for the players to be lining up right beside a senior world-class athlete who has played in the World Series and been to Rugby World Cups and is someone who they’ve looked up to for some time.

“It’s a pretty cool environment for them to be in. We share the same facilities and they get to see exactly how much hard work it takes to become an elite athlete.”

Opportunities to play when Russell first took up the sport aged 14 were largely down to where you lived. In that sense, she won the Zip Code lottery because Toronto was relatively well served for girls and women’s rugby, even back in the late 90s.

But not everyone was as fortunate and untold numbers of athletes were probably lost to the sport as a result. Now, with the MLA and other initiatives closer to the start of a player’s journey, not so many will fall through the gaps in the player pathway.

“Rugby was still very much a men’s sport and not a lot of teams had women’s programmes, but luckily I got involved with Toronto Nomads early on,” she said.

“Young athletes nowadays have access to rugby way earlier down to what we had: there’s Rookie Rugby, clubs have minis rugby from years 7-12 and there’s a wealth of age-grade programmes going around. Everything has taken a bit of a hit during COVID but there is access to the game.”

It is now four years since Russell called time on a highly decorated playing career that saw her lead Canada to the final of Rugby World Cup 2014 in 15s and also medal at both Rugby World Cup Sevens 2013 and the Rio 2016 Olympics.

Russell was named Canada’s women’s 15s player of the year in 2013 and was nominated for World Rugby’s Women’s Player of the Year award in 2014, the year team-mate Magali Harvey won.

Former Canada national team women’s coach Francois Ratier hailed Russell, who turned 35 this week, as “one of our best players” when she announced her retirement in November 2017. Now she is endeavouring to be the best version of herself as a coach.

Russell served as interim coach to the senior women’s sevens team at the Fast Four tournaments in Vancouver and Edmonton in September and says she is constantly learning.

“For me, having not got into coaching too long ago, I am still learning and growing.

“There is such amazing staff at the MLA and it is a great environment for me to develop as well as the young athletes.

“Taking a team on tour as part of the Fast Four experience was also another step in my development.”

Russell retired with 53 caps to her name, putting her third on the all-time list behind Gill Florence (66) and Maria Gallo (55). Very soon, she’ll be down to fourth, behind her sister Laura.

Laura, a front-row, won her 50th cap against England in November and is just four away from overtaking her older sister.

The realisation comes as welcome news to the former loose forward as she says it is a by-product of the women’s game growing globally.

With more and more opportunities to play test rugby being created by World Rugby through tournaments such as the Pacific Four Series and WXV, which starts in 2023, Russell expects many half-centurions, and possibly centurions, in the years ahead.

“It’s phenomenal that Gillian Florence, who maybe played one or two games a year back then (1994-2011), is still holding strong at the top, but there are a lot of girls coming up into their 30s and 40s and approaching the 50-cap mark. It shows the longevity you can have in the game nowadays, with the number of games that are being played.

“It is a game (women’s rugby) people want to get involved in and a game people want to watch, as we saw with 29,000 watching the Barbarians game and lots more online and on TV. It’s fantastic; let’s get it out there.”