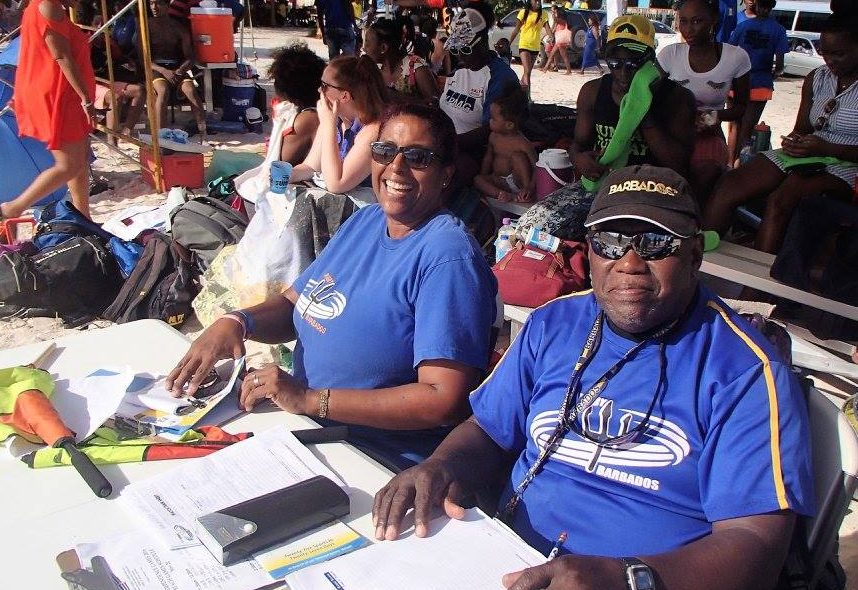 Kathie Daniel is a rugby stalwart in search of a continuously better society. Kathie has performed many roles in support of Barbados rugby since her beginnings back in the early 2000s. Her son, Nick, is the original connection to rugby. After moving around, from Barbados to Canada to Bermuda to the Cayman Islands, Nick became friends with Jordan Southway, a youth from Wales, while at school. Kathie eagerly supported her son’s interest in this new sport and found a home in rugby as they moved back to Barbados. Auntie Kathie, as she is known within the Barbados rugby community, has always encouraged youth participation. She quickly stepped in with suggestions for change that turned into a supportive role to advance the growth of Barbados rugby. Auntie Kathie was named as the U19 Manager for the Barbados team at the NACRA tournament in 2011. This was the norm for the next three years. She went on to become the BRFU Public Relations Officer, managing nationwide rugby activities for multiple years, including international tournaments both at home and abroad.

“I guess I’m on a mission,” says Auntie Kathie, on reflection of her rugby supports over the years. Bringing about change to the nation’s youth is a driving force in how consistently she shows up for rugby in Barbados. Daniel is clear that sports, especially rugby, offers a way to learn life lessons and create societal change. She hopes to see more women working in behind the scenes roles, offering that women provide a unique mindset that is necessary for the continued growth of rugby. As rugby continues to grow in Barbados, she continues to advocate for increased development and support from the wider community. Auntie Kathie has big dreams for the tourism industry to see rugby as an asset within the country as well as inter-island (Caribbean) travel and transit. With the expansion of rugby around the world, Lux believes Barbados is primed to capitalize on the ever-growing opportunities that the growth of the sport offers. In addition to the increased skills and rugby standards that come with expansion of the sport, a tourism-focused development plan is one that she views as a positive incentive for the country as well as a way to support Barbados’ international contention over the coming years.

This woman brings a positive, socially conscious mindset to the development of rugby in Barbados. Her ideals for Barbadian youth to engage in rugby as a way to bolster positive growth mindsets and to inspire positive change have caught on in the community. Barbados continues to improve their international standings with increased numbers of rugby union players and global representation in tournament competitions. In 2016, Barbados hosted the first edition of the Rugby Barbados World 7s, previously known as the Tobago 7s. In 2018, the RBW7s took place at the iconic Kensington Oval. As a member of the Local Organizing Committee, Daniel is overjoyed to see this tournament growing. She embodies a trailblazing attitude of inspirational support for Barbados and the world alike.