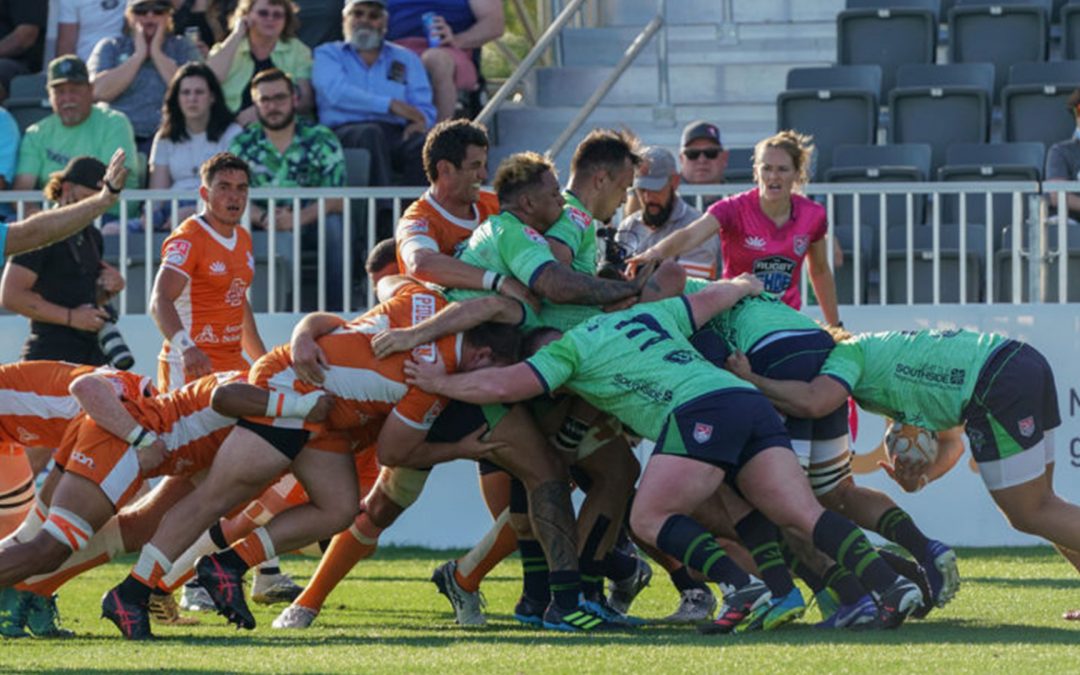 DALLAS (July 15, 2021) – Today Major League Rugby (MLR) will make history. The Houston SaberCats will square off with the Seattle Seawolves for their final round match of the season, but with both teams out of the playoff picture, it will be a referee who will be adding her name to the history books. Kat Roche, 26, a resident of Austin, Texas, will become the first female lead referee in MLR history.

Roche, originally from Chadds Force, Pennsylvania, previously served as an official for both 15’s Rugby and Rugby Sevens. In 2018 she worked the Rugby Americas North (RAN) U19 Final between Mexico and USA South and in 2019 she was part of the crews for the women’s Super Series, with matches involving Canada, France, New Zealand and England. She also worked the Women’s Premier League Final in 2019 and a number of Men’s Premier Club matches. She was an Assistant Referee at HSBC World Rugby Sevens Series and the Rugby World Cup Sevens in 2017 and 2018. She joined the MLR refereeing ranks in 2019 as an assistant referee and has worked her way up the ranks.

Kat Roche has been an assistant referee with MLR since 2019, and in today's match of @SeawolvesRugby vs @Hou_Sabercats, she will become the first female lead referee in MLR history.

“I’m thrilled for the opportunity to pick up the whistle in the MLR. I’ve been involved with the MLR since the first season as a volunteer in the technical zone, then as an Assistant Referee and next into the Extended Referee Group. This new opportunity is my dream come true,” Roche said. “I’ve put in a lot of work on and off the field, and I’m honored that the Match Official Managers have faith in me and put me on this match.”

“We have been very impressed with the hard work that Kat has put in the past several years,” said Jonathan Kaplan, MLR Match Official Director. “We have the utmost confidence that she has the tools to thrive and lead the way as the first female referee in MLR.”

Major League Rugby is a professional sports league that started its fourth season on March 20, 2021 and represents the highest level of rugby competition in North America. The League evolved from seven teams in 2018, to 13 teams in 2021, featuring 12 from the United States and one from Canada. Matches are televised on CBS Sports Network, Fox Sports 2, among other national and local market platforms. Select matches are available to stream live in North America on The Rugby Network, and all matches are available on The Rugby Network for international fans. MLR prides itself in fostering intense and high-stakes competition, while bringing together a passionate community built on the values of Respect, Inclusivity, and Tradition. For more information about MLR, visit www.MajorLeague.Rugby, and download the MLR App on the App Store/Google Play.