Julianne Zussman: from tackling and tries to the Tokyo Olympics … 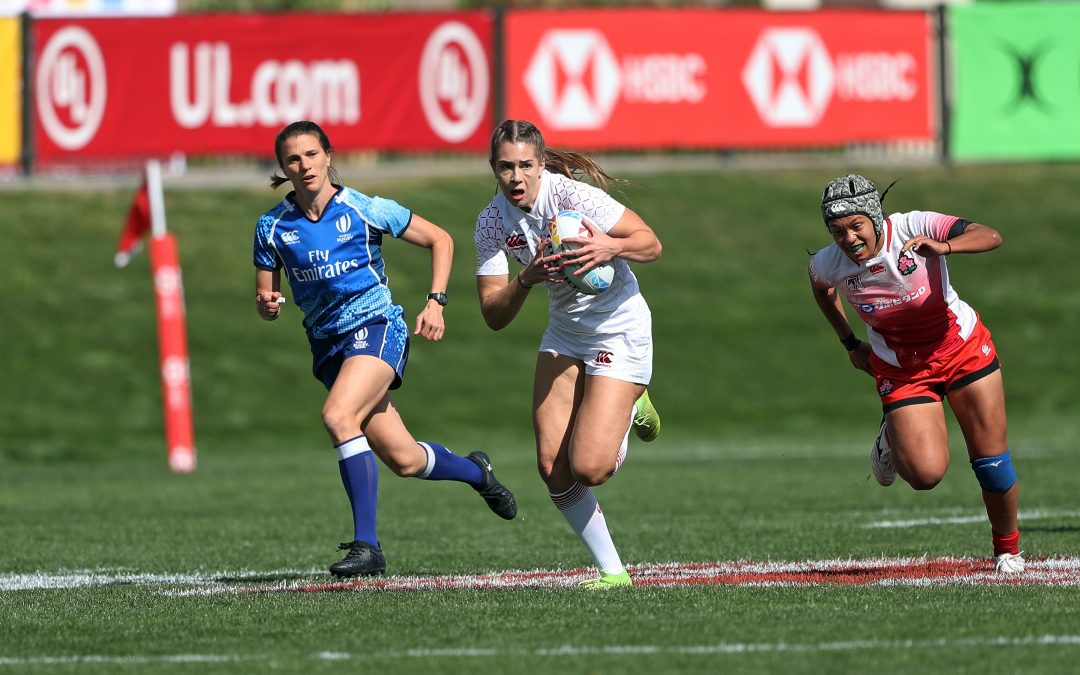 As a full-back for over a decade, Julianne impressively competed in three World Cups (winning a silver medal in 2014), scored 18 tries in her 44 tests for Canada, played international 15s and 7s, and even made the 2017 Women’s Rugby World Cup Dream Team selected by World Rugby TV Commentators.

She spent six years as a coach at the University of Victoria and throughout her illustrious career has travelled to places like Scotland, Wales, England, Ireland, France, South Africa, Dubai, China, Hong Kong, USA, New Zealand, Peru, and the Cayman Islands.

Most recently an Olympic Rugby Official at the Tokyo Games, Zussman’s career has additionally seen her referee at world-class international events such as the 2019-2020 HSBC World Rugby Sevens Series, Rugby Americas North (RAN) 7s, the Pan Am Games, and the 2019 Women’s Super Series. 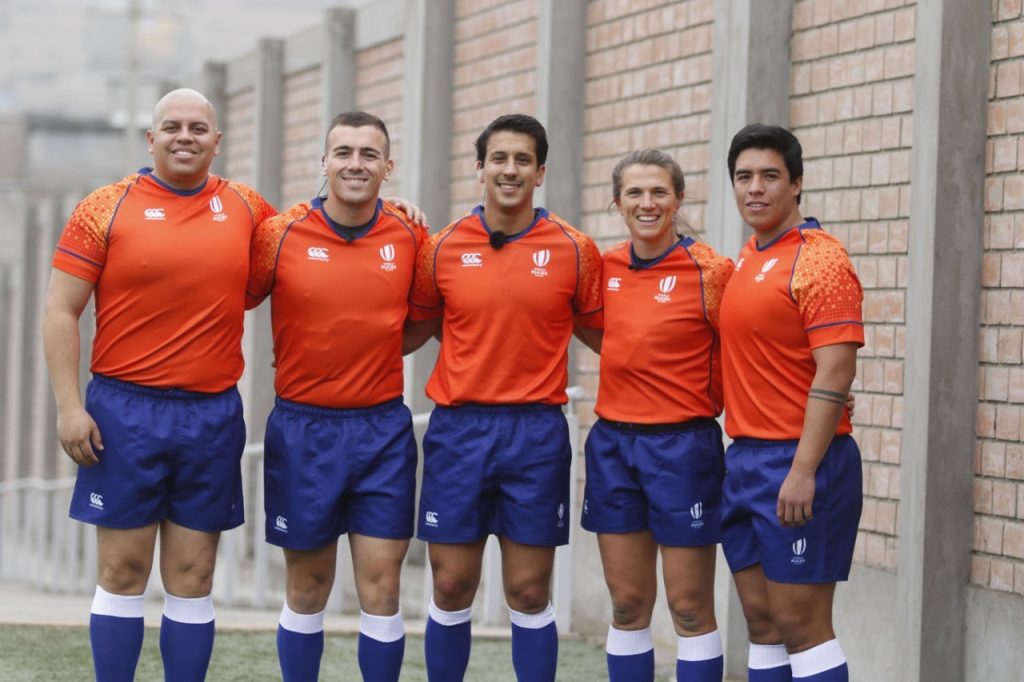 Currently working as a Sports Management professional, having studied her Masters degree in Switzerland, it’s clear Julianne is on a mission to continue to reach new heights and shows no sign of slowing down.

Picking up the whistle …

34-year-old Zussman began her national rugby career in 2007 and continued to represent Canada in both 15s and 7s for over a decade until she retired in 2018.

“When I retired, I knew I wanted to give back to the sport,” she says. “I wanted to help others, especially women, to find the growth and belonging in rugby like I had. Some of the refereeing folks at Rugby Canada encouraged me to try refereeing as a career option and I have not looked back.”

In the summer of 2018, Julianne traveled to the Canadian National Championships to be a ‘fly on the wall’ with the referee team and learn more about the world of rugby refereeing. By the end of the tournament, the team handed her a whistle and sent her out ‘green’ into the middle to referee a game.

“That was a big turning point for me,” she says. “I finished the game with a huge grin on my face. It was the first moment I got to taste refereeing and realized just how much fun it is. I also realized it was an incredible opportunity for me to continue to enjoy being on the field, even if I was not playing anymore.” 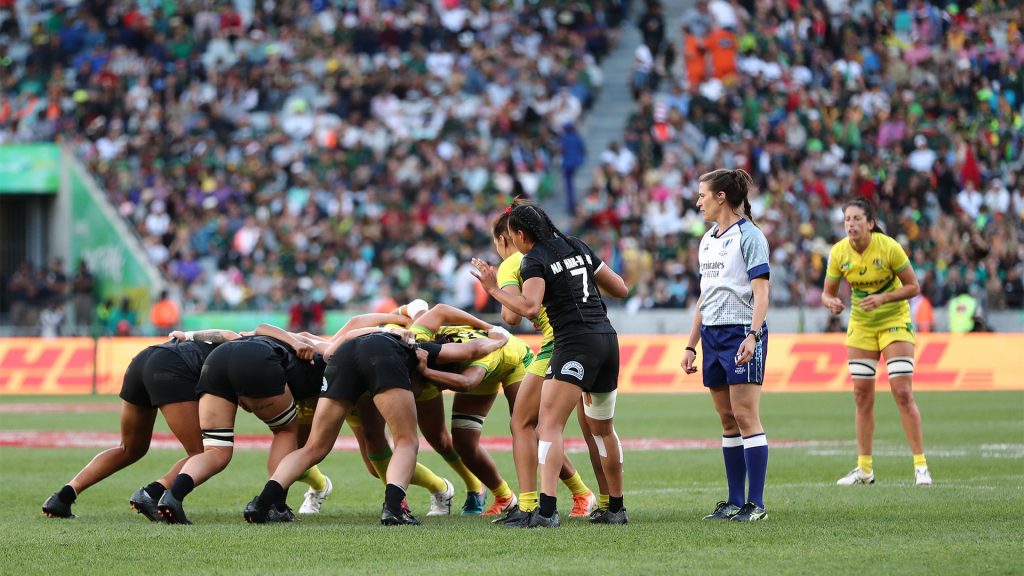 At the start of 2019, Zussman then made the big decision to put her coaching endeavors on pause to focus solely on her refereeing career.

“This was another turning point where I made the call to put my heart and soul into refereeing,” she says. “There was a time I think I was actually reffing more games than there were days in the month! I became a real student of refereeing and just put myself in a position to learn as much as possible, knowing I had found a new passion and wanting to see where it was going to take me.”

During this time, Julianne connected with her now mentors – Chris Pollock, a referee coach from New Zealand who was spending time in Canada as part of his work with World Rugby; and Sean McDonaugh who was running an academy with Pollock through RAN. “I ended up getting another crash course in refereeing through my interactions with Chris and Sean at the academy,” she says. “In that short period, I learned a lot about what is required of a referee physically and emotionally, as well as technically and tactically. This was a steep learning curve into a whole new world of rugby that I was keen to explore.”

Following on from this pivotal experience, Zussman was called to referee her first international tournament – the 2019 RAN 7s in the Cayman Islands. It was at that tournament that World Rugby then identified Julianne as a referee for the World Series. 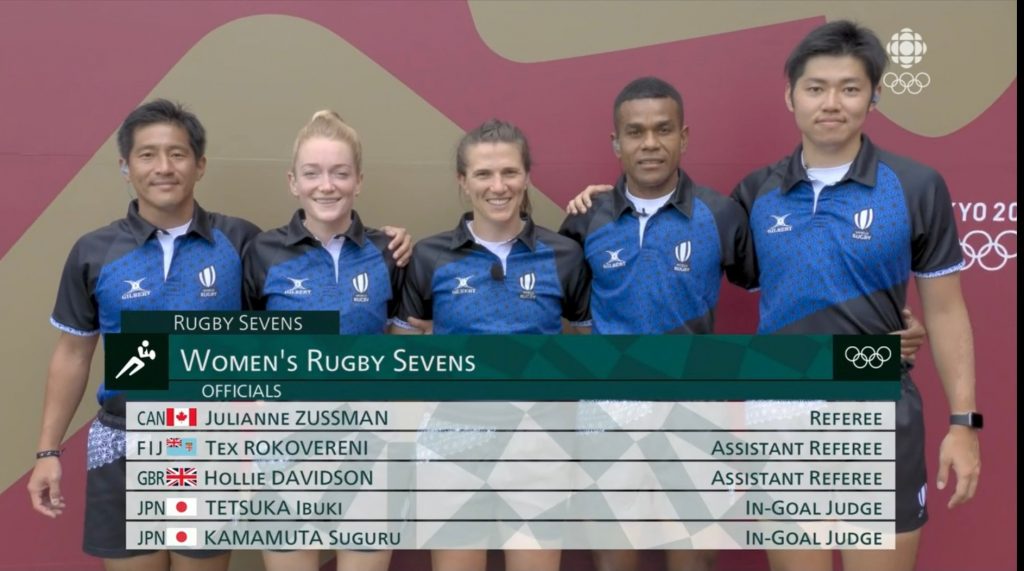 Despite transitioning from her playing days, Julianne says refereeing is the next best thing to playing and has allowed her to stay involved with her lifelong passion.

“As a referee, you are still an athlete – we joke that we are ‘half-letes’ – but you need to remain physically fit to stay close to the action and position yourself correctly so you can make a fair and balanced judgement,” she says. “And, refereeing is much more challenging than I thought – you develop a newfound appreciation for the officials that you may not have had as a player.”

Through her role as a referee, Zussman says she has been able to continue to connect with the rugby community in other positive ways too including delivering coaching and refereeing training sessions, as well as hosting online educational sessions for local youth during the COVID-19 pandemic lock down.

“I have been so fortunate to have had wonderful opportunities through rugby that have literally changed the course of my life,” she says. “I’ve been able to develop incredible friendships, to travel, and to find other career opportunities – all as a result of my affiliation with the rugby community.”

Julianne says she would like to see the game continue to grow and to provide similar opportunities for other athletes. “I want to be part of that growth,” she says. “Even if it is just giving people the visibility of what I am doing and what opportunities are out there for those in the rugby family, including obviously my most recent major career highlight – refereeing at the Tokyo Olympic Games this year.”

For Zussman, continuing that growth and seizing the opportunities presented to her means going to undertake further academic study to broaden her skill set. “I am currently back in school doing a diploma in Conflict Resolution,” she says. “When I’m done refereeing, I’d like to continue my career in sport leadership. Sport is an anchor for developing life skills, and I am passionate about helping other athletes and coaches make the most of their rugby experiences.” 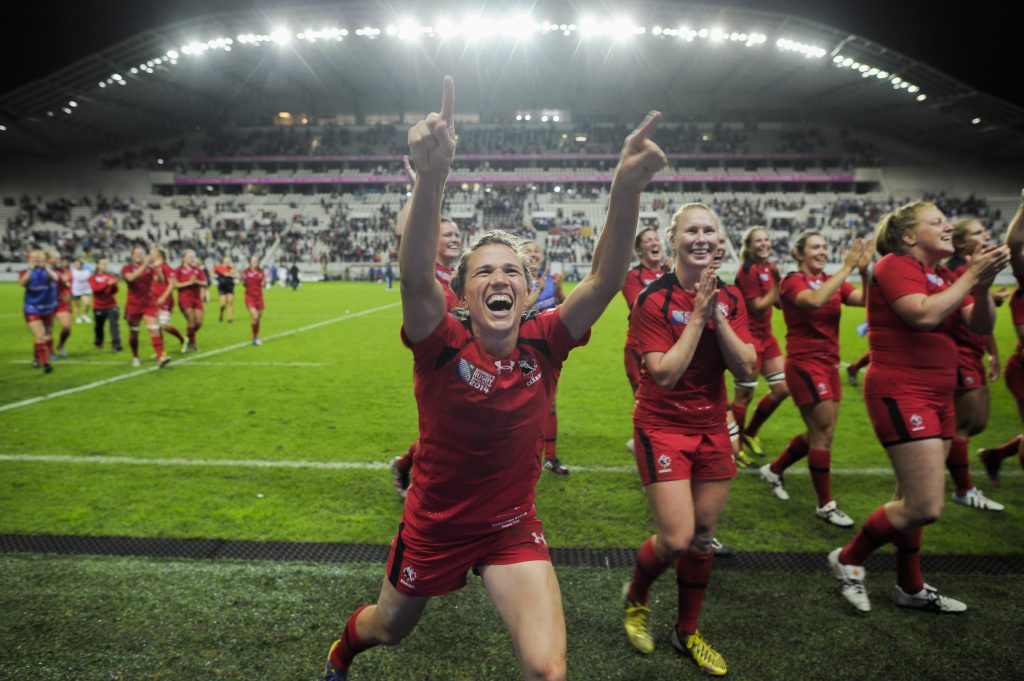