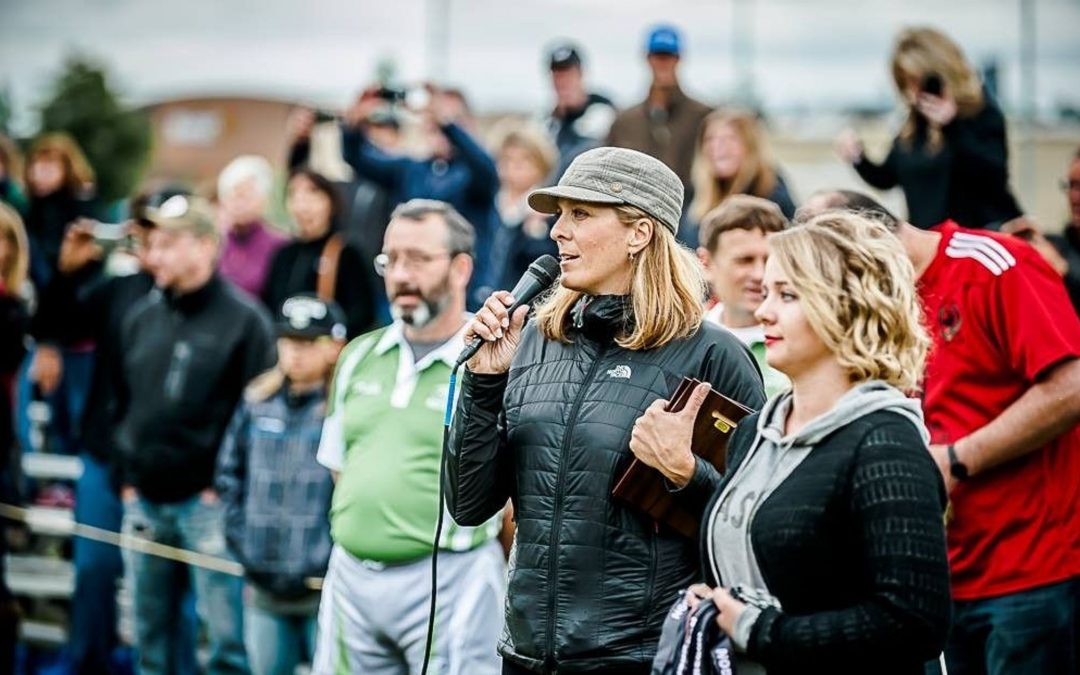 When Jenn Heinrich agreed to join Rugby Oregon as an executive director in 2002 she assumed she would spend a year in the role before gravitating back to “corporate America”.

Heinrich had a background in advertising and marketing, but had little experience of rugby. Her husband had played at university and for a club, but the game had not been an option for her as she grew up playing basketball, soccer and softball to a high level.

“In that year, I completely fell in love with the opportunity that I had to positively affect change in other people’s lives. There’s this unique side of rugby that truly embraces people and especially young people,” Heinrich told World Rugby.

Fast forward 18 years, and Heinrich is still heavily involved with the game. She left Rugby Oregon in 2019, having built the USA’s first Youth and High School State Rugby Organisation into a blueprint for the roll-out of 46 subsequent SROs across the country.

Her time is now focused on Girls Rugby, Inc., the organisation she co-founded with Erin Kennedy and Hannah Harper in 2018. In March, Heinrich was confirmed as a World Rugby Women’s Executive Leadership Scholarship recipient.

“I was really humbled and honoured, actually, to be considered amongst a group of women that I had admired from afar for some time,” she said. 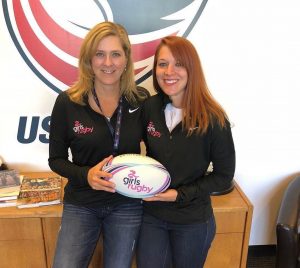 Heinrich had hoped to push herself out of her comfort zone through the scholarship, while identifying areas in which she could continue to develop.

Although the COVID-19 pandemic ensured she could not attend the espnW: Women + Sport Summit in October, she was able to complete an e-learning Executive Leadership course at Cornell University and has taken time for both personal and professional reflection.

Being accepted onto the scholarship programme has also put her in touch with an international support network of female leaders. In Heinrich’s own words, she has “hit the jackpot of sisterhoods”.

“The unexpected bonus of being a part of this scholarship group, which I didn’t anticipate, was you’re now part of this sisterhood of extremely talented women,” she explained.

“They are constantly sharing, they’re generating ideas, they’re brainstorming, they’re encouraging, and they’re supporting one another behind the scenes.”

Heinrich added: “I really look forward to continuing to be part of this group. And, the really amazing thing is it’s not just the 2020 recipients.

“It’s the 2018 recipients, the 2019 recipients, the 2020 recipients, and we all have communication behind the scenes where we can all support each other and share and learn from one another, which has really been, like I said, the jackpot of sisterhoods. It’s pretty awesome.”

That support network will have been even more valuable in a year that has been so disrupted by the ongoing pandemic.

When Heinrich left Rugby Oregon it was to build capacity at Girls Rugby as it grew from running programmes at three locations in 2018 to 24 in 2019 and was preparing — prior to the pandemic — to increase that number to 31 in 2020.

Heinrich admits it has been a challenging year, but not one that has deterred the organisation from its mission to provide “opportunities for girls to reach their potential through sport in every corner of the United States”.

“We’re really hopeful for the future and we’re really looking forward to rebuilding our programmes in 2021,” Heinrich said.

“It’s made us even more resolute in trying to create opportunities for girls to participate in our programmes.

“I think that we have such a great opportunity to really change lives through sport. With Girls Rugby, we’re a little different from other rugby programmes in that we’ve built this leadership and values based curriculum that is delivered through our seven-week rugby programme.

“We’re being very intentional about our programme delivery each week. There’s a different value or word of the week and there’s different lessons and lesson plans for our girls to participate in to explore those values and learn new skills.

“So, we create this consistent environment and a consistent experience for our girls to really get the most out of the rugby side of our programme, and also that piece that helps them build their confidence, build self-esteem, and particularly at a time right now, to learn those important skills like resiliency.

“This is such a bizarre time, we’re all going to need to be resilient as we deal with so much change this year, but also as we come out of it.”

What does Heinrich wish the future holds for women and girls in the USA? “My hope is that rugby becomes the norm rather than the exception,” she said.

“To accomplish this, I want to create opportunities for girls to fall in love with rugby from coast to coast, with 10s of thousands of little girls running around and playing rugby from every possible background.

“But that’s my hope, that we can really normalise the game for girls and women in the United States. And, that it’s not referred to as women’s rugby, that it’s just rugby.”