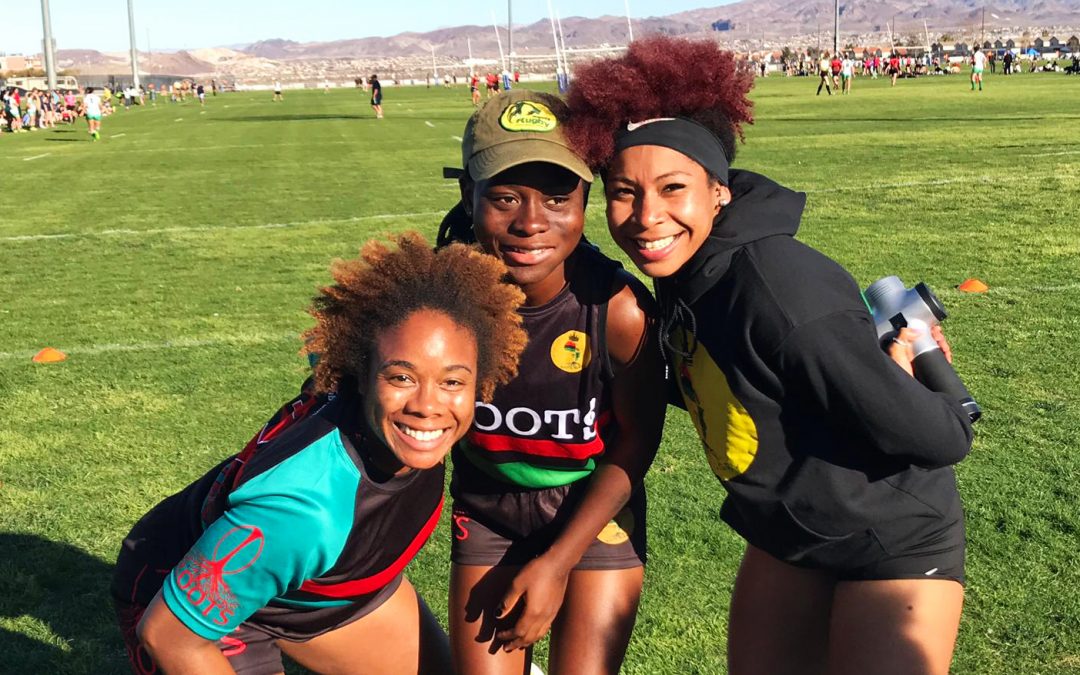 Born into Jamaican heritage, Tamara Dixon shines worthy light on the country of her roots. Dixon has dedicated much of her life to leading black women in sport. Her drive to showcase black excellence expands across North America, leading to growth and empowerment in and around the rugby stage. Dixon held fast to her Jamaican roots, evolving as a young athlete in Canada, a country nearly 2,000 miles away from the one her parents and grandparents called home. She would be an adult before claiming her rightful Jamaican citizenship and earning international rugby accolades.

Rugby, for Dixon, began at Saint Thomas Aquinas High School. She eventually went on to play for club and provincial teams as her educational path unfolded. Dixon attended Western University, York University and later the University of Toronto, connecting the dots of rugby along the way. Outside of rugby, Dixon pursued boxing and bobsleigh with national recognition and Olympic consideration. Although rugby is the sport in which Dixon blazes a trail for Jamaica, she holds great notoriety as a wide-ranging and powerful athlete.

Coaching rugby is an asset of Dixon’s she holds in high regard. She develops in her athletes skills that compliment the learnings of life by holding them to high standards of success on and off the rugby pitch. Bridging the gap between playing and coaching is a role Dixon has shown serious commitment to throughout her career. Dixon shares a relentless passion for the sport and the athletes who play.

Dixon strives to increase the visibility of black women in rugby. This is a truth Dixon holds firmly no matter her role as player, coach, or administrator. Dixon sees herself an encouraging presence to young black athletes. Her position in the sport and school systems offers an understanding of how to pursue an athletic career while maintaining academic success. At the school where she coaches and teaches, a steady increase of black girls playing rugby is a testament of her dedication to recruit and retain black athletes in the sport.

As a young athlete, Dixon recalls one female coach she was fortunate enough to encounter. This coach had a large impact on who Dixon became as an athlete and coach herself, solidifying in Dixon the power that female representation has in sports. Even more influential is the power that black women have on young black athletes, encouraging black excellence from all representative angles. Black female representation is where Dixon feels most compelled to be of influence in the sport of rugby. 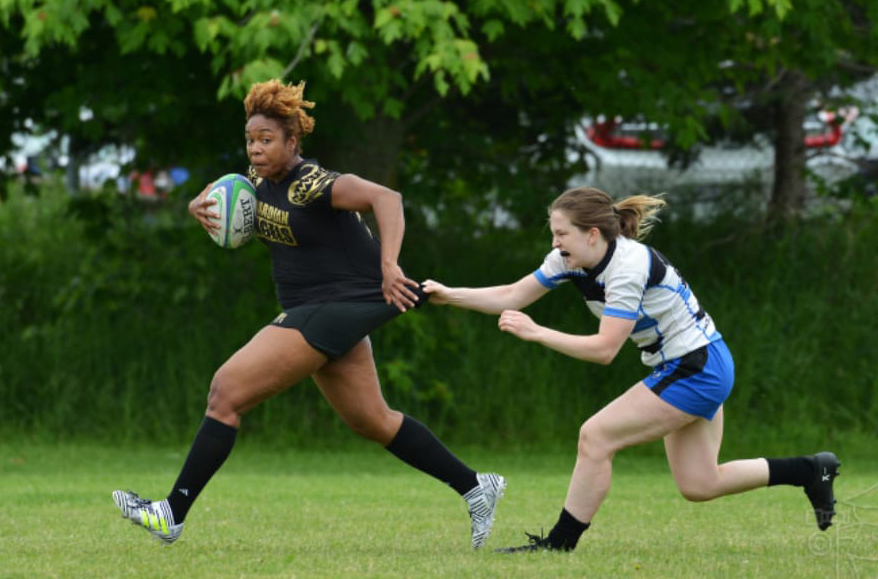 Dixon set on a path to shine the spotlight on Jamaica in a fierce new way. She was selected to represent Jamaica on the Women’s National Rugby Team and began an international campaign to showcase Jamaican talent. Through Rugby Americas North (RAN) tournaments and administrative initiatives, Dixon pushes to expand rugby’s reach towards black women and to close the gaps that hold Caribbean countries back from deserved growth.

Dixon values the influence she has as a black female international athlete. She takes pride in the fact that her leadership inspires others to pursue their own athletic and academic goals. Dixon supports the recruitment efforts of female rugby athletes for the Jamaican National Team, reaching out to Jamaicans living abroad to encourage their participation in the country’s growth. Developing a deeper pool of athletes enhances rugby in Jamaica which in turn increases global success.

For Dixon, bringing inspiration to black women comes in many forms. As a member of Women in Leadership Development (WiLD), a program run through RAN, Dixon works to support initiatives in rugby that increase representation and participation of women in rugby. Dixon forges administrative projects intended to build atop the steps of previous actions, growing them into supports for women in Jamaica, throughout the Caribbean and in North America as a whole. These programmatic developments include video analyst instruction, ongoing medical training, coach development plans, national team mentorships, and governance procedures that expedite the growth of female representation in rugby. The initiatives also give former athletes new pathways to support the rugby community as their playing careers shift. Combing her own experiences and expertise with those of other international rugby leaders, Dixon strengthens the foundations of rugby as interest in the sport flourishes.

“Don’t sit down and wait for the opportunities to come. Get up and make them.” -Madam C.J. Walker

Dixon once noted this quote by Madam C.J. Walker as a favorite. Dixon is an embodiment of Walker’s sentiment in the rugby community. In 2018, Dixon co-founded the ‘Guardian Angels’  Rugby Club in Ontario, Canada. The team was founded by, run by and is played by women. An opportunity for women to play rugby while managing outside time commitments was a desire many in the rugby community shared. These external constraints on playing were not a barrier for Dixon and her co-founding partner. They created a team for those to compete who otherwise would not have the ability to continue on in the sport. Never shying away from a chance to empower others to play the game, Dixon and the Guardian Angels strode towards success with a positive attitude and the joy of rugby leading the way. Continuing to take on these influential opportunities, Dixon joined the first ever women’s Roots Rugby Team. Roots Rugby is an international program dedicated to showcasing rugby talent from athletes of the African diaspora. The team and program notably propels into the limelight the growth of and need for representation of black athletes in rugby. 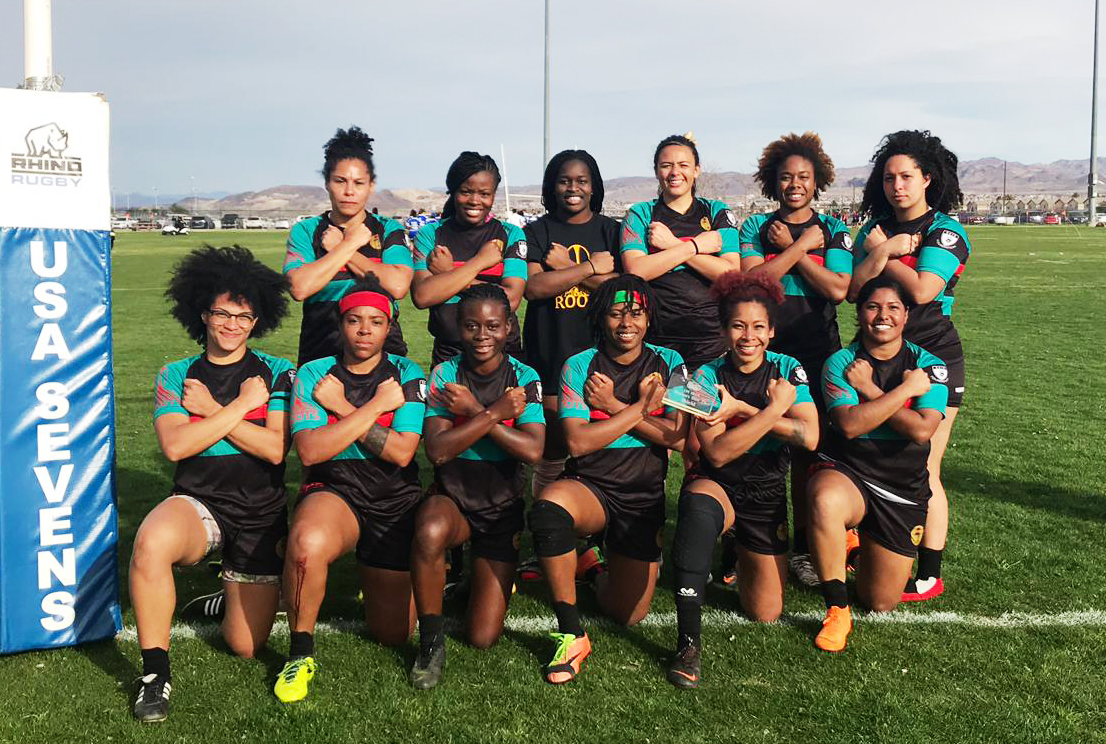 Dixon foresees more of her time dedicated to the advancement of rugby outside of her coaching role. She continues to pursue necessary increases in funding for smaller rugby nations, participation of black female athletes and coaches, opportunities for female athletes both on and off the pitch, and recruitment of valuable leaders in rugby development. Dedicated to taking her seat at the table very seriously, Dixon brings a much needed perspective to the growth of rugby across North America. For the development of international rugby, Tamara Dixon’s forward movement speaks to the value added by black female representation.