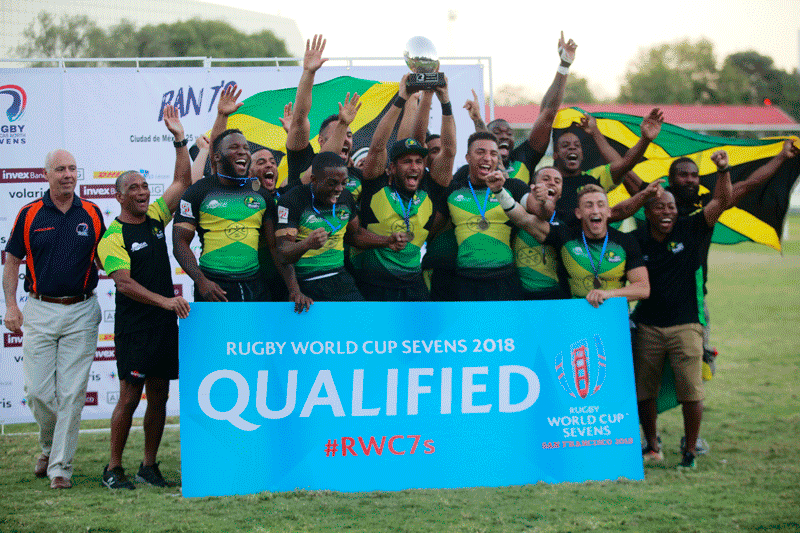 MEXICO CITY — Jamaica Men and Mexico Women have been crowned the 2017 Rugby Americas North (RAN) Sevens Champions. Both teams have booked their ticket to Rugby World Cup Sevens in San Francisco as well as the Central American and Caribbean Sports Organisation (CACSO) Games. French Guiana and Jamaica Women will also represent RAN at the CASCO Games. Mexico women will play in the 2018 Hong Kong Sevens, while Jamaica Men will head to the Gold Coast 2018 Commonwealth Games.

Watch All Matches from Day 2

Between the near-capacity crowd and the heart pounding action on the field, finals day at the Campo Marte military grounds in Mexico City was one for the record books. The women’s competition had its fair share up upsets. After going undefeated on day one, Trinidad & Tobago ended their campaign in fourth place after a 5-0 loss in the final match against Mexico. The loss, coupled with French Guiana’s 36-0 shutout over Guyana, and Jamaica’s perfect record on day two, resulted in French Guiana and Jamaica finishing second and third respectively. Guyana, Dominican Republic and Bermuda filled out the fifth through seventh place slots.

After seven injuries sidelined members of Mexico’s women’s team in the last month, the squad needed to dig deep to earn this year’s RAN Sevens title, and a first-ever appearance at a Rugby World Cup Sevens. In the final versus a very physical Trinidad & Tobago team, Captain Dany Rosales used quick field awareness to tap through for the only try of the match.

“I feel really proud of the girls and excited for the new challenge on our road to the World Cup,” said Rosales.

Coach Robin MacDowell was equally proud, and appreciative of the support the team has received this year.

“I am thrilled for the Mexican rugby community: the players, coaches, families and supporters that have helped us realize our dream. We have faced much adversity this year. This country and these players deserve this,” said MacDowell.

In the men’s competition, the final between Jamaica and Guyana did not disappoint the roaring crowds. Both teams met after two days of going undefeated, save for Guyana’s tie with Bermuda in the first Cup match of day two. Under the setting sun both teams traded tries and possession to land tied 14-14 at the half. Guyana looked to have stolen victory late in the match with a try from Pat King, but deep into injury time Conan Osborne was the match winner with a beautiful individual effort that secured the 28-24 win and 2018 World Cup Sevens qualification for Jamaica.

“When you have something to prove, there is nothing greater than a challenge,” said Jamaica team manager, Bruce Martin.  “We were challenged to be the first Caribbean Country to qualify for World Cup Sevens tournament and proved that we are indeed a united force not to be taken lightly.”

Mexico pleased the hometown crowd in their final match with a 22-14 win over Trinidad & Tobago to secure a third place finish. All four of the top finishers in the men’s competition will head to the CACSO Games. Cayman Islands beat Bermuda for the fifth place spot.

Video from both days of competition can be viewed on the Rugby Americas North Youtube Channel. All scores, photos and news from the tournament can be found on the RAN Sevens event page.