Jamaica Crocs keep their eyes on the Olympic prize 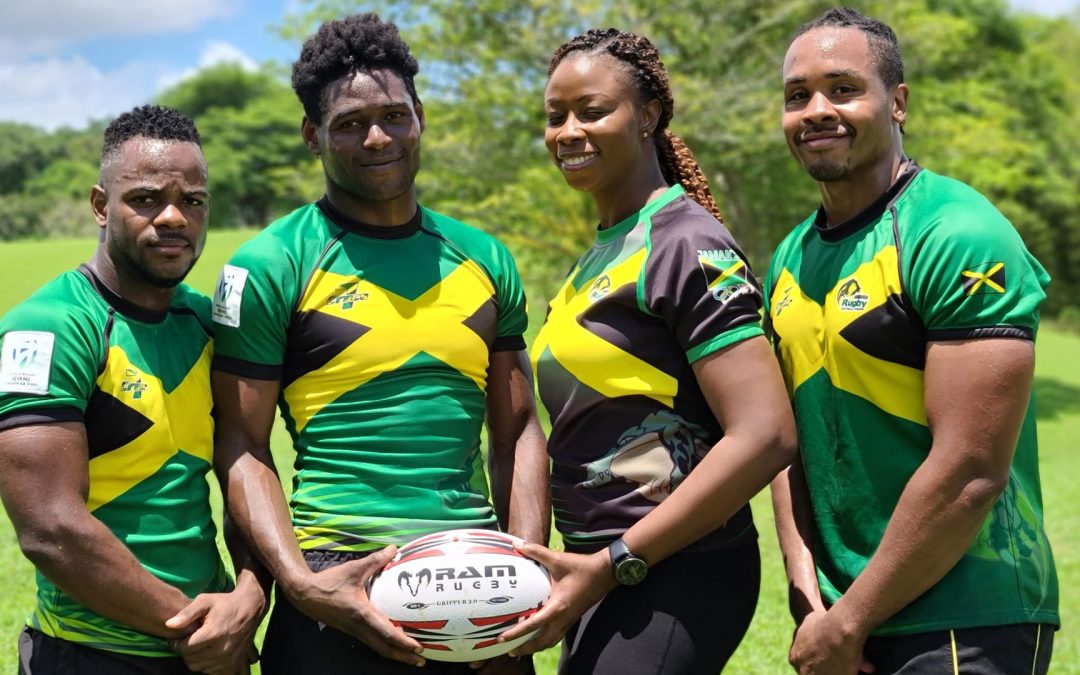 With the Sevens Repechage in Monaco just around the corner, the Jamaica Crocs men and women have their sights firmly set on winning in their last chance at Olympic qualification. With one Men’s place and two Women’s places up for grabs, the Crocs are looking to defy the odds to win their ticket to proceed through to the Tokyo 2020 Olympic Games.

Despite the challenges that the COVID-19 pandemic has presented, players from both teams have continued training remotely and virtually and have remained steadfast to their Repechage preparations programme. Interestingly, it is only when they all touch down in Monaco this month that the team in its entirety will be together for the very first time, with players arriving from both hemispheres of the globe – a London-based contingent, a Jamaican-based contingent, as well as one player and Head Coach Stephen (Steve Lewis) coming in from the US.

Now, as team Jamaica approach the final countdown to the highly-anticipated Olympic qualification event, the energy is high and the Crocs are ready to take on one of their toughest challenges yet to cement rugby as one of the major sports to watch in Jamaica and the region. 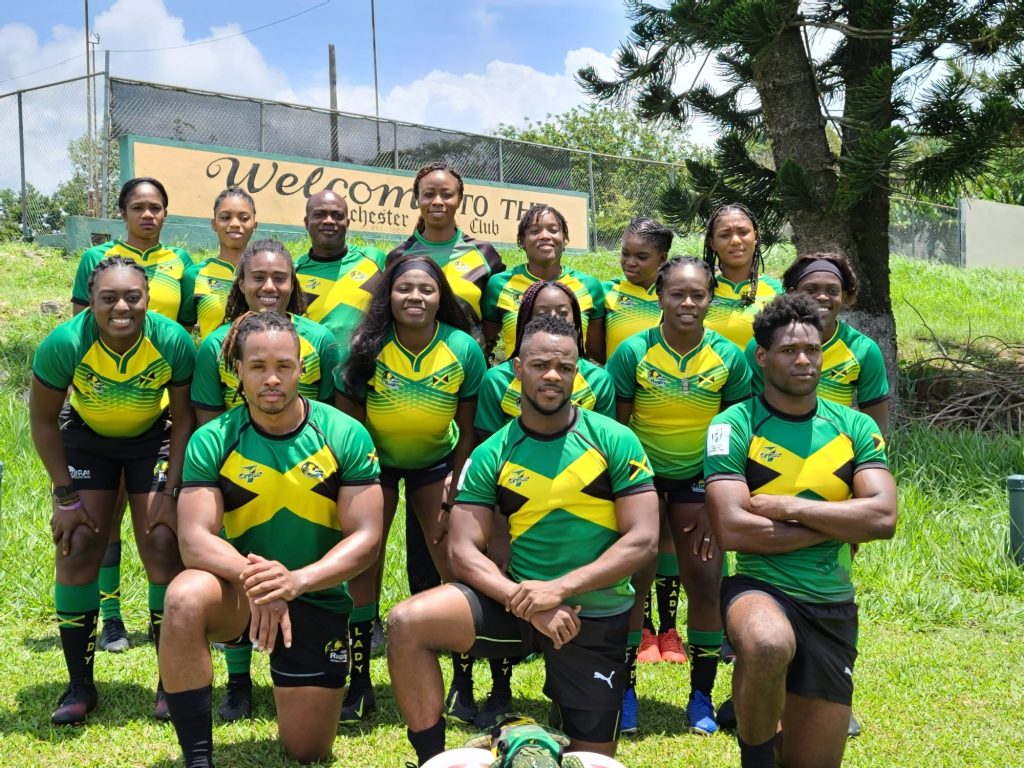 Despite the challenges that the COVID-19 pandemic has presented, players from both teams have continued training remotely and virtually and have remained steadfast to their Repechage preparations programme

While the COVID-19 pandemic has affected every rugby-playing nation to differing degrees, the Crocs have been ‘missing in action’ without contact competition for a good year and a half, meaning (like with most countries) preparation for Monaco has had to be innovative and unique.

Jamaica Sevens Technical Director, Bruce Martin, says the Jamaican women have not taken the field since late 2019. “Our men also have not taken the field since the World Challenger Series in Chile/Uruguay in February 2020, so general preparation for the Sevens Repechage for both teams has definitely been tough,” he says. “However, regardless of the countless challenges, we remain committed to the task at hand”.

He notes the recent challenges the Crocs have faced could not have been overcome without their tight support network including (but not limited to) the Jamaica Olympic Association (JOA), the Jamaican Ministry of Gender Entertainment & Sport, Rugby Americas North (RAN), and World Rugby. 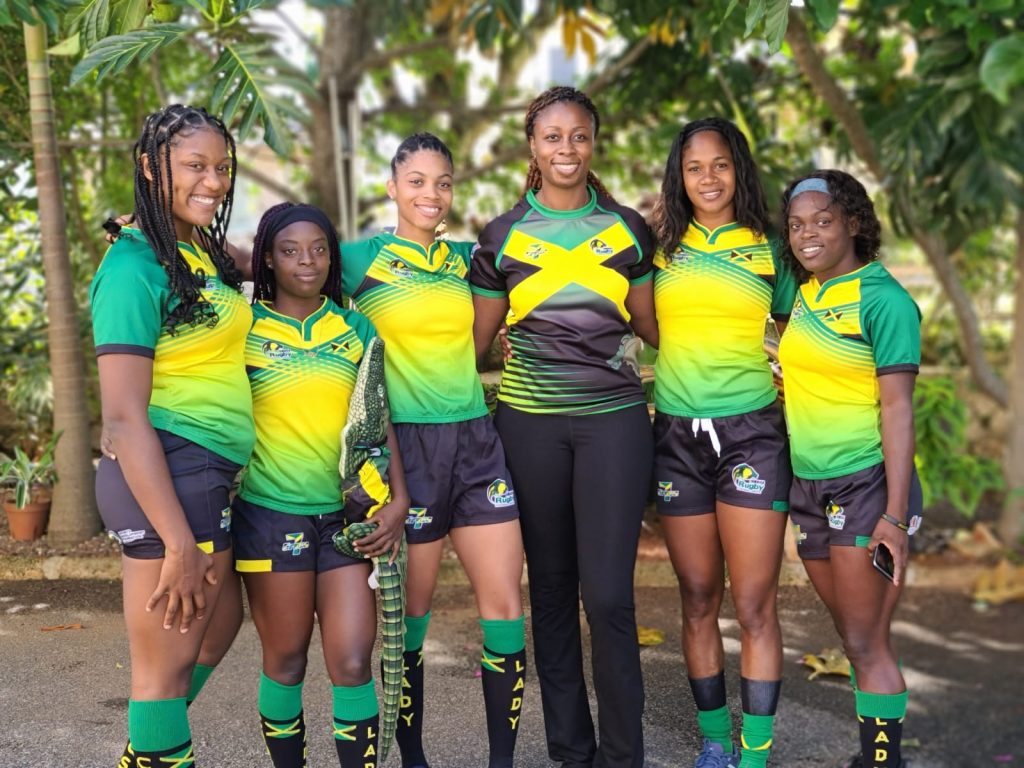 The Jamaican Lady Crocs will face Papua New Guinea, Kazakhstan, and Tunisia in Pool B

After the recent (in person) training camps in Jamaica and England, the Jamaican Rugby Football Union (JRFU) last week officially announced both the Women’s and Men’s Sevens squads for the Olympic Repechage Qualification Tournament to be held in Monaco from June 19-20.

The Jamaican Lady Crocs will face Papua New Guinea, Kazakhstan, and Tunisia in Pool B, avoiding heavier hitters like France and Russia and hoping to make it to one of the top two teams to realise their dream of competing in Tokyo in July.

Lady Crocs player Tarja Richards says going into the Olympic Repechage the team are committed to doing well, despite the circumstances. “COVID has presented us with some challenges, but we have also been provided with opportunities and support to help us focus on doing our best,” she says.

Having missed out on automatic Olympic qualification after losing to Canada in the final of the RAN Sevens 2019, the Jamaica Men’s Crocs are still in with a chance to make it to Tokyo if they win the Repechage in Monaco.

“The Men’s squad features many of the players who have contributed well in recent years,” explains Martin. “Led by veteran performers Osborne and Edie, the squad additionally includes one new cap in 20-year-old Orlando Messado, from St Catherine, Jamaica”.

Also in Pool B, the men will face Uganda, Hong Kong, Chile and France, with Ireland, Samoa, Tonga, Mexico, and Zimbabwe all on the other side of the draw.

Jamaican Men’s Sevens Captain Conan Osbourne says his fast-improving team is aiming for the top – a win to take them through to Tokyo 2020. “I think COVID-19 has levelled out the playing field,” he says. “All of the normally more ‘battle hardened’ teams have had to deal with the same trials and tribulations of less preparation time just like the rest of us, so I don’t see any reason why we can’t do really well in that group. If anything, it may work to our advantage; and we will be playing to win.”

Team Jamaica Head Coach Steve Lewis echoes these sentiments. “It has been very difficult preparing for a tournament of this caliber with no access to facilities or any other tournaments to help us hone our skills,” he says. “But, we’re proud to be part of Rugby Americas North and we welcome the opportunity to represent the region and Jamaica in international competition. We will, as always, compete fiercely and put our best foot forward”.

JRFU Chairman Jerry Benzwick agrees, adding that he is extremely proud of the national Sevens teams who he believes are both on the path to success. “Having earned the right to play for a spot in the Olympics is historic and despite the many challenges we have had, I believe our chances are as good as anyone else and we are fearless in our approach,” he says. “We started this journey some time ago and continue to make strides in the right direction, so the future remains bright for Jamaica Rugby as we push for an Olympic birth and continued growth on the island”. 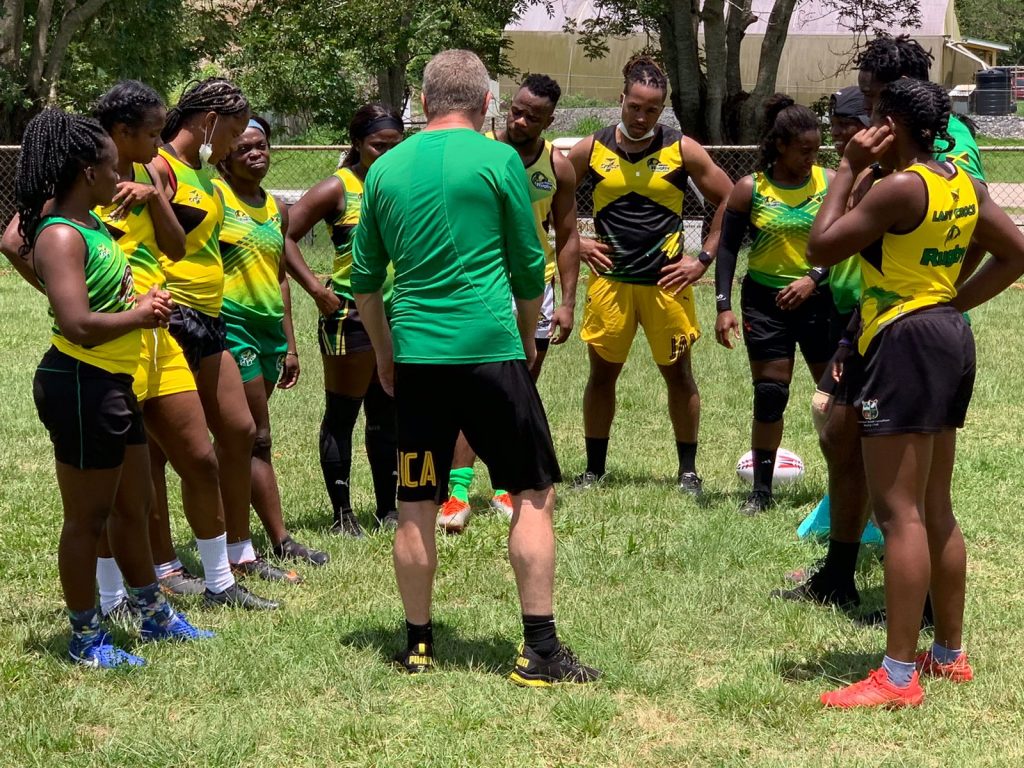 While the COVID-19 pandemic has affected every rugby-playing nation to differing degrees, the Crocs have been ‘missing in action’ without contact competition for a good year and a half

The World Rugby Sevens Repechage Tournament kicks off in Monaco on Friday 18th June until Sunday 20thJune and will decide the final qualifiers for the Olympic Games. Rugby Sevens is said to be one of the most highly anticipated sports at Tokyo 2020 after the success of the Rugby World Cup 2019 in Japan.