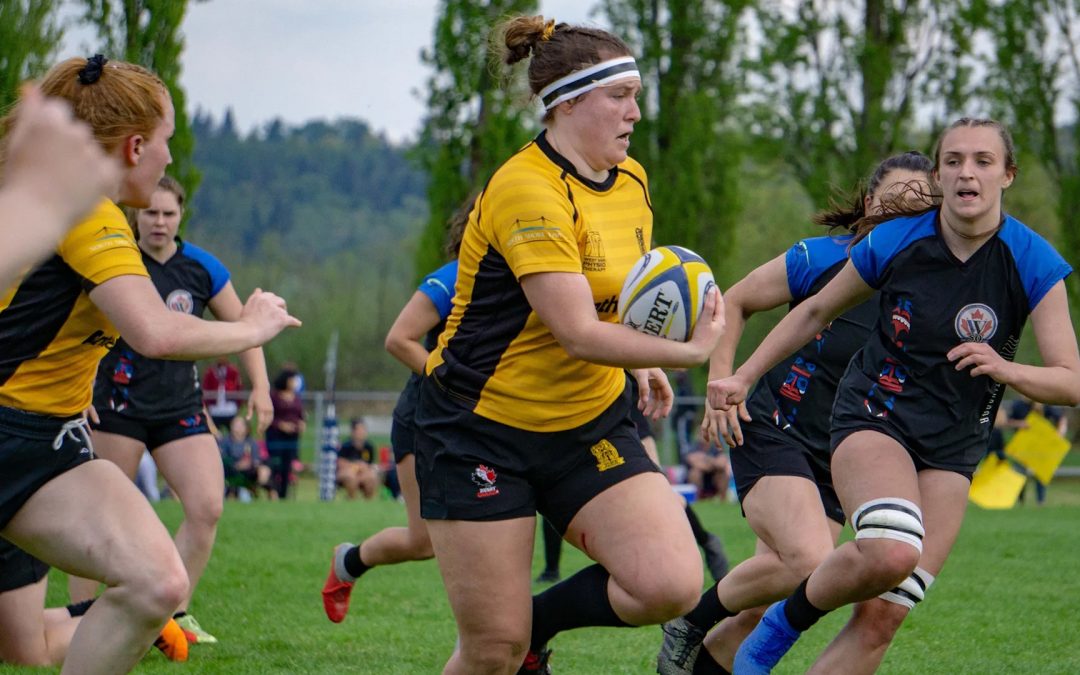 Former international fly-half Jackie Tittley is helping to unearth the next generation of female leaders in Canadian rugby.

Last month, Rugby Canada announced plans for a Women in Rugby Leadership Scholarship in a bid to promote diversity in decision-making positions across the country.

The programme is the brainchild of Tittley, the union’s Manager of Training and Education, who met with various stakeholders in Canada to understand where funding earmarked to uplift the women’s game could have the biggest impact.

Since its launch in July, the first four scholarship recipients, representing four provincial unions, have been identified and will each receive up to Can$4,000 to “pursue development opportunities that will enhance their ability to lead from within our sport”.

It is intended that the programme will become an annual offering, and Tittley is also hopeful that it can provide a stepping stone for recipients of the World Rugby Women’s Executive Leadership Scholarship, from which it takes inspiration.

“I’m pretty pumped. I think it’s the first programme of its kind in rugby in Canada,” Tittley told World Rugby.

“So, we have had quite a lot of female specific programmes across the country, but this is the first in rugby of its kind. So, I’m really excited to see the quality of applicants.

“We have so many amazing women involved in this game, so I’m really excited to see how they can develop and how they can contribute.”

Prior to joining Rugby Canada, Tittley was involved with several World Rugby initiatives, including the inaugural Women’s High Performance Academy in Stellenbosch two years ago.

She believes it is important unions “build the base” of candidates at a local level and would be delighted to see recipients of the Rugby Canada programme go on to apply for the Women’s Executive Leadership Scholarship.

“Success for me with this programme would be if some of our recipients would go on to be recipients of the World Rugby programme,” Tittley said.

“That was really the purpose behind making it quite similar and mirroring the World Rugby programme.

“[It] was so that we could, on one hand at a domestic level, diversify our decision-making administrative positions and governance positions.

“So, that would absolutely be success for me. But also seeing those women escalate and participate in the World Rugby scholarship programme, that would be a great indication of success for us.”

Tittley spoke to World Rugby General Manager Women’s Rugby, Katie Sadleir at length while formulating plans for the scholarship and says that she provided a great deal of encouragement.

“Katie is such a strong role model for us to be able to look to,” Tittley said. “We know that we have support there.

“We know that she’s at the table, she’s fighting for the things that will grow the women’s game internationally. So, there’s a lot of confidence there.

“Her and Anne [Grumelard] have been very helpful, very receptive. ‘Let’s have a call, let’s have a meeting’. ‘What kind of resources do you need support with?’ Really collaborative.

“So, I find that’s one of the beauties of our international community. I see it across other training managers and other unions, folks are really open and collaborative.

Looking beyond the first cohort of recipients, Tittley says it will be integral to “keep diversity and inclusion front of mind”.

“It will be really important for me to make sure that our application process is friendly, that it’s accessible to diverse groups [and] that they feel welcome and encouraged to apply,” she said.

“There are so many factors at play and it’s my job to make sure that a programme like this is accessible to diverse applicants across all of the various streams of diversity, age, gender, race, etc.”

Tittley added: “In our strategic planning we’ve identified wanting to make the game reflect Canada and so make it as diverse as possible, and this is in line with that.

“If we have diverse leadership, then we can make decisions that help make our game more inclusive and invite diversity.”