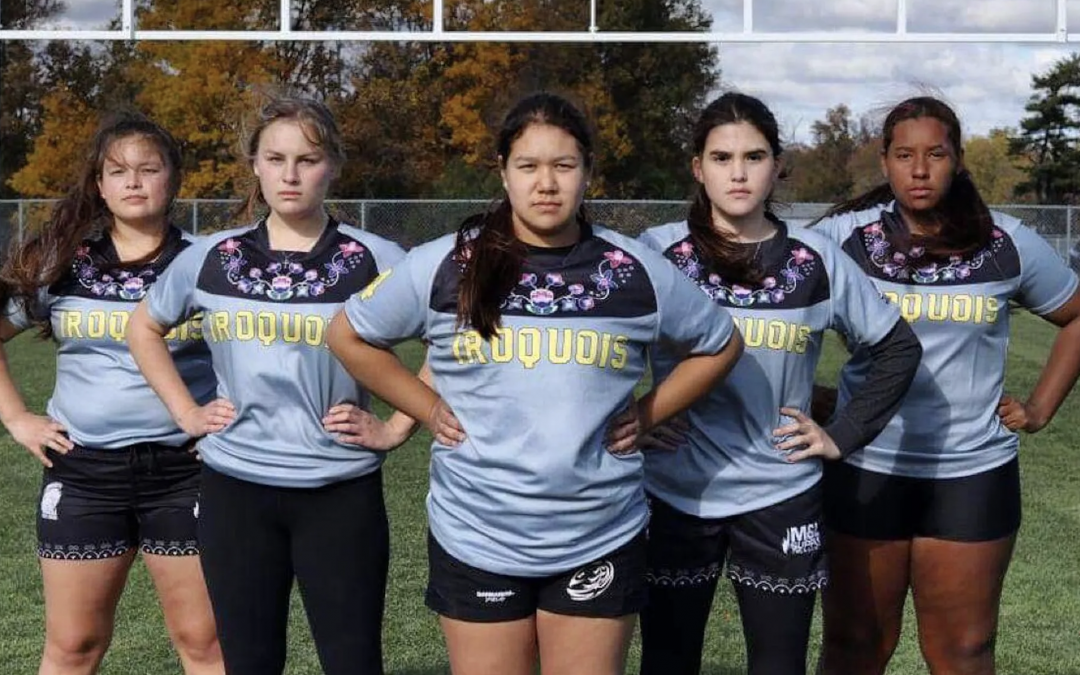 Eighteen months ago, Iroquois Roots Rugby were preparing to embark on a mammoth 20-hour bus ride to play in a sevens tournament in Florida.

Money had been raised to send men’s and women’s U18 teams on a journey that for some would have been their first trip away from home.

According to Roots Rugby co-founder Melanie Squire, it would have been the “hugest point in our history”, but as the COVID-19 pandemic intensified it became clear the tour would not happen.

“It was devastating, to be honest, just to have to let the kids down after all the work we’d done.”

🇨🇦 18 months ago, @rootsrugby were preparing for a 20-hour bus ride to play in a 7s tournament in Florida. Money had been raised to send men’s & women’s U18 teams on a journey that for some would have been their first trip away from home.https://t.co/eTpOvfxe2z @RugbyCanada

Squire had started Roots Rugby with her daughter, Meagan Wilson less than three years previously with the intention of using the game to provide indigenous youth in Canada with a positive outlet and sense of community.

As the seriousness of the pandemic became clear, the pair visited their players to hand out fresh food as well as the kit they would have worn in Florida.

First Nations communities in Canada face a number of socio-economic and other challenges, which have made dealing with COVID-19 more difficult.

The Six Nations community near Brantford, Ontario, where Roots Rugby is based, has been under full lockdown for much of the last 18 months, with Squire, Wilson and their players only able to return to the pitch in July.

That meant the mother and daughter duo needed to diversify if they were going to remain connected with the rugby-playing community they had built.

Subsequently, the pair helped set up their own sportswear manufacturer, Iroquois Rugby Team Wear, are working on a children’s book featuring the club’s mascot, Rooty, and have been active on social media.

“As time obviously went on and [it became clear] COVID wasn’t going to end any time soon, we had to be really creative in trying to keep in touch with everybody and just keep spirits up and keep momentum building for our programme,” Squire said.

“Because we started, obviously, in 2017 and by 2020 we were doing things faster than we had imagined we would be for just three years, and so we just wanted to keep that momentum somehow.

“So, we really strategised. What could we do in our downtime? What could we be doing to keep this programme alive and not let it die during COVID?”

Squire and Wilson have done a fantastic job of ensuring Roots Rugby continues to thrive, with Iroquois Rugby Team Wear merchandise being sold to customers in Australia, Ireland, Japan, New Zealand, the UK, the USA and elsewhere around the world.

The programme is beginning to flourish on the pitch once again too, as new sponsors have come on board and a partnership with the University of Toronto agreed.

Male and female UToronto players have visited the community in recent weeks to help out at training sessions and provide insight into some technical aspects of rugby, such as scrum formation and lineout jumping.

The university also helped to raise money for Roots Rugby through a virtual race earlier this year, in which players ran to different First Nations in Ontario and the USA.

“They did a loop of 1,200 or something kilometres, where they mapped out where they virtually ran to and all the proceeds from that they donated to us. So, that’s amazing,” Squire said.

Roots Rugby hope to continue their work in other First Nations communities once the pandemic allows, and aim to use the children’s book as a tool to help the game grow after they leave.

Squire and Wilson, meanwhile, have been selected to speak at the IWG World Conference on Women and Sport in New Zealand next May, and remain committed to giving their players a trip to the USA.

According to Squire, there has been an influx of players at training sessions since COVID restrictions eased and having got the new recruits up to speed, she hopes they will get to use their newly acquired skills in matches next year.

“We’re just going to keep progressing,” she added. “We’ve been out there for two months now. That’s from the very basics: holding a rugby ball, touching the rugby ball, throwing, passing.

“So, it’s just progressively getting them comfortable playing, comfortable with the rules and just looking into 2022 as a time for them to start getting out there and playing some actual games.”