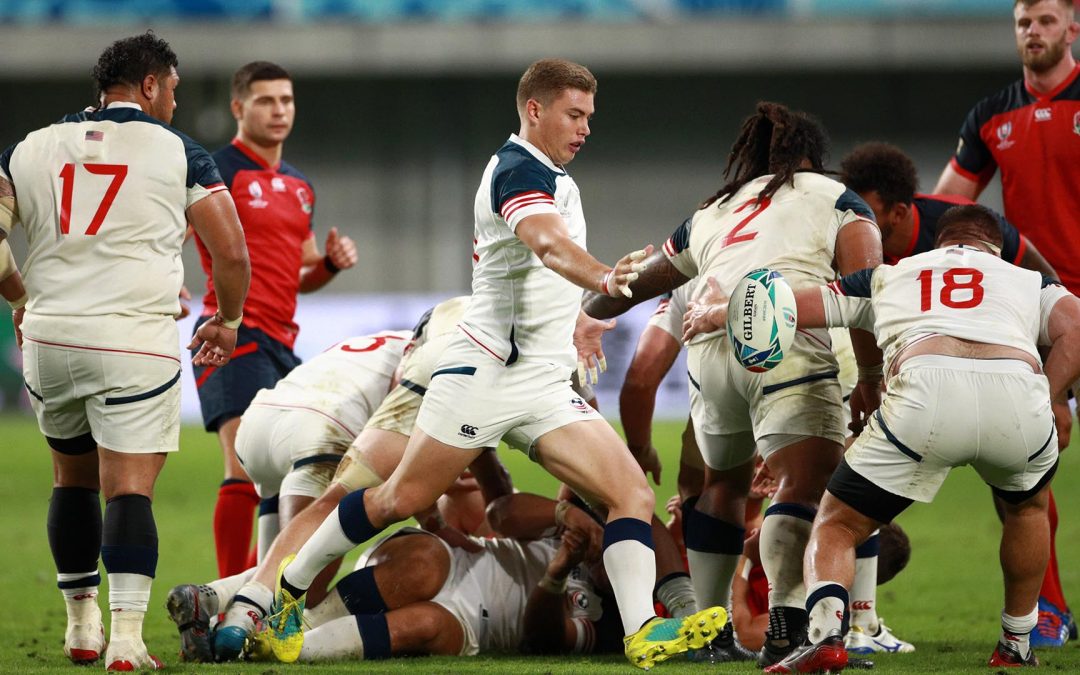 While the Americas is still waiting to host its first-ever Rugby World Cup, teams from within the Rugby Americas North (RAN) and Sudamerica Rugby (SAR) regions possess a rich tournament history as well as giving us some of the most charismatic players involved.

So far, four teams from the Americas – Argentina, USA, Canada, and Uruguay – have competed on the game’s greatest stage since the inaugural Rugby World Cup in 1987, with Los Pumas’ bronze medal finish at the 2007 edition in France, under the leadership of Agustin Pichot, the undoubted highlight.

As one of the top 12 teams at Rugby World Cup 2019, Argentina’s place at Rugby World Cup 2023 was confirmed once that tournament was over. But much needs to be decided over the next 18 months or so before the identity of the two teams, or possibly three, that will join them from the Americas is known. It will be fascinating to see how it all unfolds.

FIRST STEPS ON THE ROAD TO FRANCE 2023

For all the other Americas hopefuls that journey begins over the coming months, with the regional qualification process offering Chile, Brazil, Paraguay, and Colombia the chance to add their names to the list of Rugby World Cup competitors and provide us with new heroes and storylines.

On 26 June, Brazil host Paraguay and a week later, on 3 July, Chile welcome Colombia with the winner of both fixtures going forward to join Uruguay in the round-robin SAR 3 Nations tournament from 11-25 July.

Whoever emerges victorious from the 3 Nations will qualify as SAR 1 and play RAN 1, either the USA or Canada, across two legs, on 2 and 9 October, for the right to compete in Pool A as Americas 1 alongside New Zealand, hosts France, Italy, and the Rugby Africa Cup 2022 champions (Africa 1) at Rugby World Cup 2023.

The second-placed team in the SAR 3 Nations lives to fight another day with home and away matches against RAN 2 deciding the Americas 2 play-off qualifier. The winner of that doubleheader faces the Americas 1 play-off runner-up in a straight head-to-head for the Americas 2 spot at Rugby World Cup 2023. England, Japan and Argentina lay in wait in Pool D along with Oceania 1.

A place in the final qualification tournament in November 2022 will offer the runner-up of the Americas 2 play-off one last shot at redemption. There, they will compete with the third-placed team from the Rugby Europe Championship, the loser of the Asia/Pacific play-off and the Rugby Africa Cup runners-up for the final ticket to France 2023.

With precious little rugby played by teams involved in the qualification pathway in the Americas since Rugby World Cup 2019, it is hard to gauge exactly how the process will unfold as there is no form guide to go on as such.

But, having experienced the high of beating Fiji at Rugby World Cup 2019, Uruguay will be hellbent on booking their place at France 2023 as quickly as possible, and along with the USA – ranked one place higher than them in the World Rugby Men’s Rankings – they will be the favourites to take the Americas 1 ticket.

Rugby World Cup 1991 quarter-finalists Canada, though, have a proud Rugby World Cup pedigree, and will be equally determined to turn the tables on the USA, who beat them to the Americas 1 slot for the first time in history last time around.

Also, keep an eye on Brazil, an emerging force in the game and one of the few teams outside of the established countries to have enjoyed any competitive action in the last 18 months, losing to Portugal in a two-match series in November.

Reigniting 44 years of fierce cross-border rivalry, the USA (ranked 16th) and Canada (23rd) are scheduled to go head-to-head in the home-and-away RAN 1 decider on 4 and 11 September pending continued confirmations of pandemic restrictions. Canada will enjoy home-field advantage in the first encounter with the all-important return leg being played in the States. The venues for both ties will be announced when confirmed.

The USA won the 2017 qualification doubleheader 80-44, and no-one in the Canadian camp has forgotten how much that hurt.

“Like it is with Australia and New Zealand and England and Wales, they are our next-door neighbour who you constantly measure yourself against,” said Canada’s legend Aaron Carpenter, when World Rugby spoke to the Ontario native back in June 2020.

“Hopefully, we can do the job this time, and beat the USA. But it is not a two-horse race anymore. Uruguay is an excellent rugby team, as they showed at the World Cup, and we have to keep our sights on them as well.”

A more straightforward route to the next Rugby World Cup than the one they had negotiated last time around would be welcomed by all Canadian supporters. To qualify for Japan 2019, Canada had to put defeats to the USA and Uruguay behind them, in the Americas 1 and Americas 2 play-offs, and win matches against Hong Kong, Kenya and Germany in the highly-pressurised final qualification tournament in Marseille to secure the 20th and last place at RWC 2019.

Full details of the Rugby World Cup 2023 qualification pathway can be found here, while ticket news and the full list of fixtures are available on the official Rugby World Cup website