HOW PHAIDRA KNIGHT IS HELPING UNDERSERVED YOUTH THROUGH RUGBY 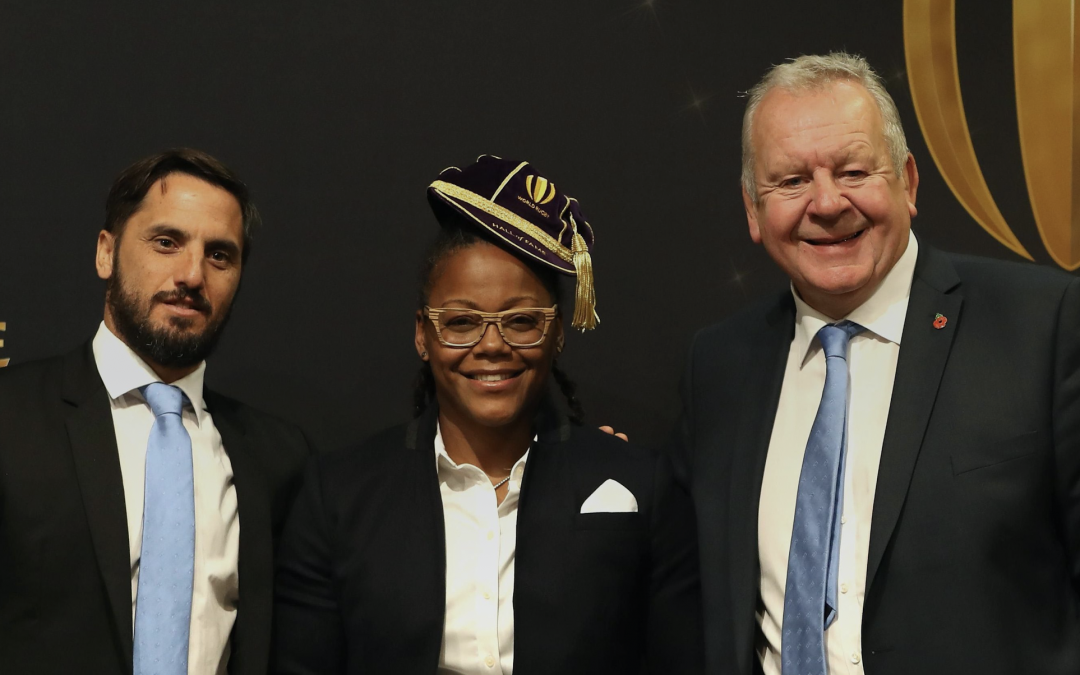 World Rugby Hall of Fame inductee Phaidra Knight discusses the work being done by her non-profit, PeaK Unleashed, which promotes health and well-being to underserved youth through rugby and yoga.

It was during a visit to Rikers Island, the main jail complex in New York City, that Phaidra Knight witnessed the impact rugby could have on underserved youth.

“I had an opportunity a little over 10 years ago to work with some of the high school kids at the Rikers Island facility and taught them a little bit of rugby. We did a little bit of high-intensity interval training, and that for me was an incredible experience,” Knight told World Rugby.

“Everyone, I think, has a bit of good in them, and these kids just had a really rough start. You know, they didn’t necessarily have the group of people surrounding them that some of us had. Or maybe we caught a break where they didn’t.

“But that was an eye opener to me that these kids need structure, they need discipline. They need people that care about them, and they need a community that cares about them.

“What better thing [could I do] than bringing rugby to this population?”

In January 2019, Knight founded PeaK Unleashed with the aim of doing exactly that. The non-profit organisation, which she describes as her “passion project”, aims to promote health and well-being through rugby and yoga.

“We get a little yin and yang, you know,” Knight explained. “We’ll blow it out with rugby and then we’ll take it down several notches and go inside with a little yoga.

“And we found that to be an incredible combination for these kids.”

The outbreak of COVID-19 meant that World Rugby Hall of Fame inductee Knight and her colleagues at PeaK Unleashed have been unable to visit the facilities in person during the pandemic.

However, the organisation has provided remote programming, such as rugby challenges and yoga videos, for its participants. PeaK also distributed much-needed PPE for the young people it supports.

“We’ve been able to support them and stay connected. You know, the staff in these facilities, they’re exhausted, they’re overworked, they’re understaffed.

“And so we are just trying to support them and these kids as much as possible in the ways that they need it.”

Knight, who serves on the USA Rugby Board of Directors, had also been busy with another passion project prior to the pandemic.

Last June, the 45-year-old began full-time mixed martial arts training at the Renzo Gracie Academy in New York, with a view to competing in the sport.

Her ring debut in a Muay Thai event had been “tentatively” scheduled for May, but was cancelled due to COVID-19. Knight was able to keep up her training during lockdown in East Hampton, however, and is hopeful that a bout can be set up before the end of the year.

“The goal is to be as competitive as I can. So, you know, the sky’s the limit in that,” she said.

“I do some virtual coaching sessions with a couple of my coaches. I lift and do all of my strength and conditioning here, and so, it’s not ideal, but it is ideal for the circumstances right now.

“My training has been pretty seamless in terms of content continuity. And certainly, again, I’m not working with my coaches on a daily basis, but I’m able to focus-in on some of the basic skills and foundational work that I hadn’t really done when I started.

“So, I think you’ve got to take the silver lining out of it. That certainly has been it for me.”