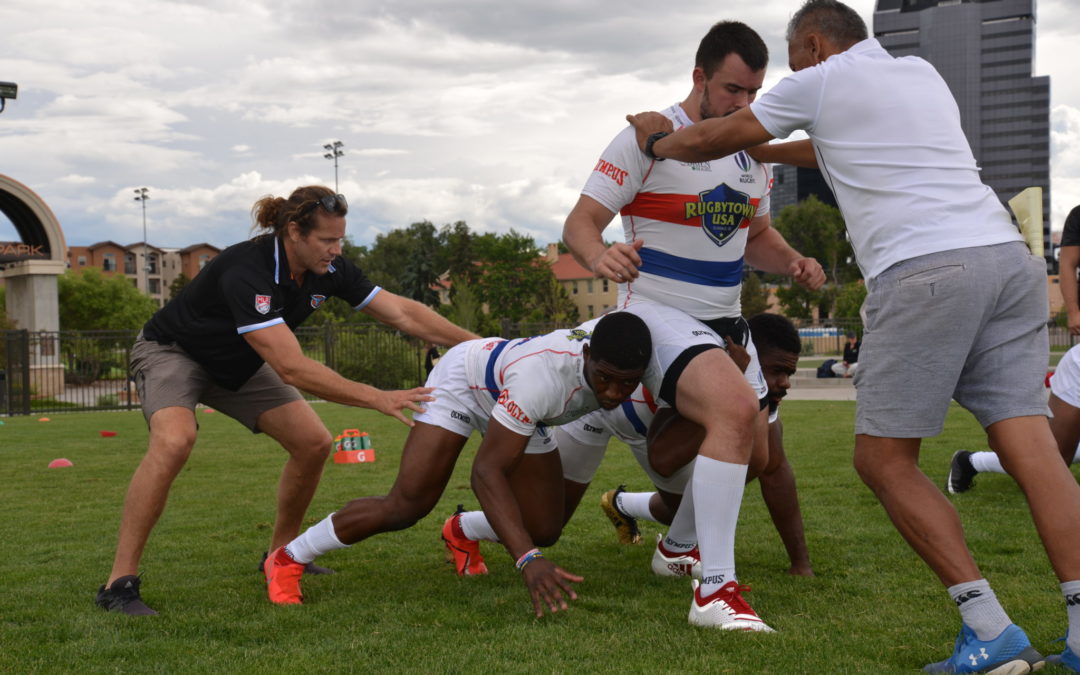 [embedyt] https://www.youtube.com/watch?v=gPE4019kXic[/embedyt]GLENDALE, COLORADO (June 19, 2019) –The next generation of North American Major League Rugby (MLR) and test match talent is on showcase this week in Glendale, Colorado for a week-long combine.

Held at RugbyTown USA, the home of the Glendale Raptors of MLR, the World Rugby funded combine focuses on identifying and developing players aged 18 to 22

in the hopes of fast-tracking preparation for these athletes to make the jump to the next tier of competition. The program is part of the broader Rugby Americas investment supported by World Rugby to assist in growing the overall capacity and knowledge within all areas.

“The goal of the week is to identify emerging players and players from other sports with the capabilities of playing Rugby,” said Scott Wisemantel, High Performance Consultant to World Rugby. “Underpinning the rugby sessions are technical and tactical workshops and physical testing as well as psychology, nutrition, player welfare and team building exercises.”

This year’s combine is hoping to build off last Fall’s camp, where 15 South American players earned MLR contacts in 2019.

An exhibition match against Vail RFC will be held at the end of the week-long camp in order to give coaching staff an opportunity to assess players in a full match competition. The camp roster includes players with varied rugby experience, from test match to crossover and targeted athletes. Coach Wisemantel hopes to capitalize on each players’ talent and abilities to form a cohesive group capable of performing under pressure under tight timelines.

“We aim to bring them together as a team by having a dual focus. Individual testing and development coupled with the fact we play a game as a team at the end of the week with all players getting equal game time. Players are assessed on what they bring on and off the field – character of the person as well as their athletic rugby playing ability,” said Wisemantel.

This past weekend MLR wrapped up its second season of competition, with Seattle Seawolves defeating San Diego Legion at a sold-out Torero Stadium in San Diego. The nine-team competition will see the addition of two additional franchises – Old Glory RFC and New England Free Jacks – in 2020. In order to maintain and increase high-level competition, these combines are essential in developing and preparing regional players to excel on a domestic and international stage.

“This camp and ones like it are vital to underpinning the MLR and the national team. We want to create a pool of talent in North America that will assist in driving the level of overall competitiveness of the national programs moving forward,” added Wisemantel. “We aim to have players at this camp that will represent either the USA or Canada at the next RWC in 2023.”