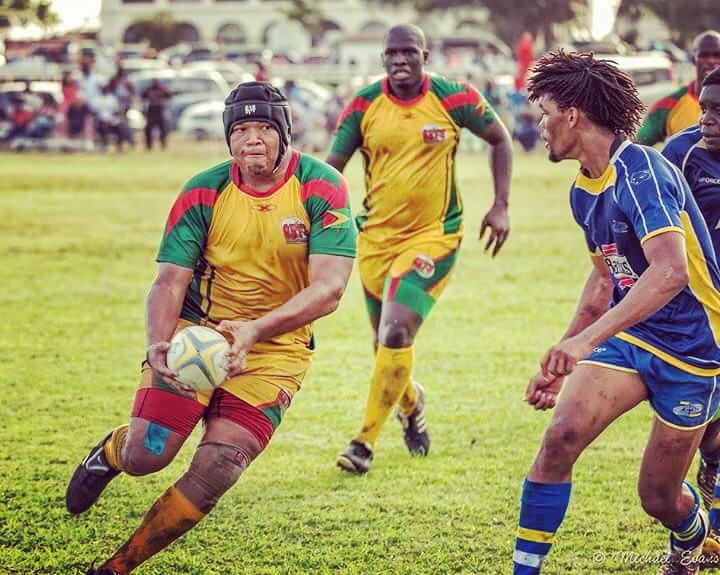 Guyana, nicknamed the Green Machine, are finalising preparations as they prepare to step into the unknown at the inaugural Americas Rugby Challenge later this month.

Guyana prop Rondel MacArthur is excited at the prospect of entering into uncharted waters as his country prepare to face unknown opposition at the inaugural Americas Rugby Challenge in Medellin, Colombia, from 26 August to 1 September.

The Green Machine were invited to take part in the tournament after finishing second to USA South in the Rugby Americas North (RAN) Championship and are joined by fellow RAN competitors Mexico, as well as Colombia and Paraguay – two teams they have yet to face in international competition – from Sudamérica Rugby.

“I believe competing in the Americas Rugby Challenge is crucial for Guyana rugby, in terms of the development of the sport in our region,” said McArthur (pictured).

“More exposure for us is always positive since we don’t get much international competition in 15s like other countries do. And, as a player, I also find it important to be able to test myself against new players and teams.”

At 26, and capped 32 times, Rondel will be making his second trip to Colombia in quick succession having recently played for Guyana in the Central American and Caribbean Games in Barranquilla. That was in sevens, though, a format the Guyanese have excelled at in recent times.

Guyana will open the Americas Rugby Challenge on 26 August against Colombia, a game that will provide an insight into the standard of both aspiring teams. They will then play Paraguay on the Wednesday before wrapping up their campaign against Mexico, who they lost 32-3 to the only time they have met, back in October 2016, the following Saturday.

“I am expecting a higher level of rugby coming out of this tournament. We will need to be fully prepared as playing against Paraguay and Colombia will be new to us,” admitted McArthur.

“We will need to adjust some of our playing patterns and adapt relatively fast if we want to be the superior team at the end of the tournament.”

As a prop, McArthur knows it is his job to lay the platform upfront for the speedsters in the Green Machine to shine.

“One of the things you can expect from our team, ‘the Green Machine’ is a very fast-paced set of players. We have been the kings of sevens in our region for quite some time in previous years and our players are fast and elusive, both in the backline and in the forwards.

“We play as a collective unit and we take each game as our last. We are well known for coming from behind with great determination and seeing the task given to us through to the end.

“Playing in tournaments such as this is great to be practising the new rules implemented in the sport, networking with other players from the continent and, most important of all, taking part in what I love and that’s playing rugby.”