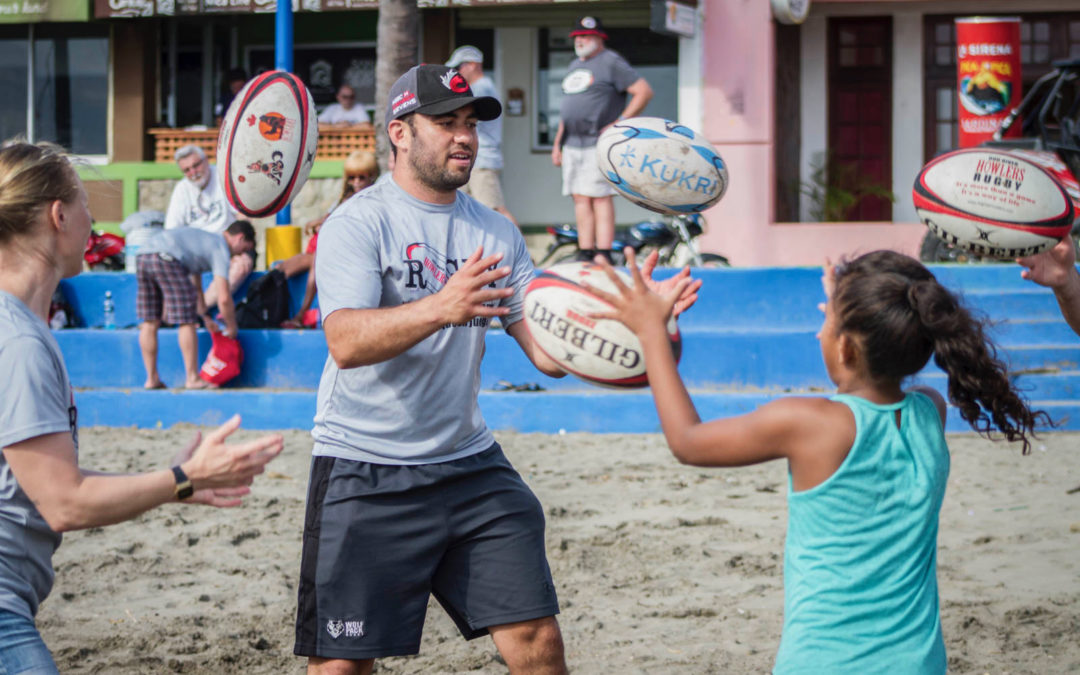 When it comes to the game of rugby, Clay Panga has done it all.

Having immigrated to Canada from New Zealand as a child, Panga has become a mainstay in the Victoria, British Columbia and the Canadian rugby scene as a player, coach and volunteer.

After impressing selectors throughout his twenty-plus year sporting career, he won his first Canada cap against Uruguay as part of the Americas Rugby Championship in February 2016. Over the following 13 months, he won five more caps and scored two tries for his adopted nation. 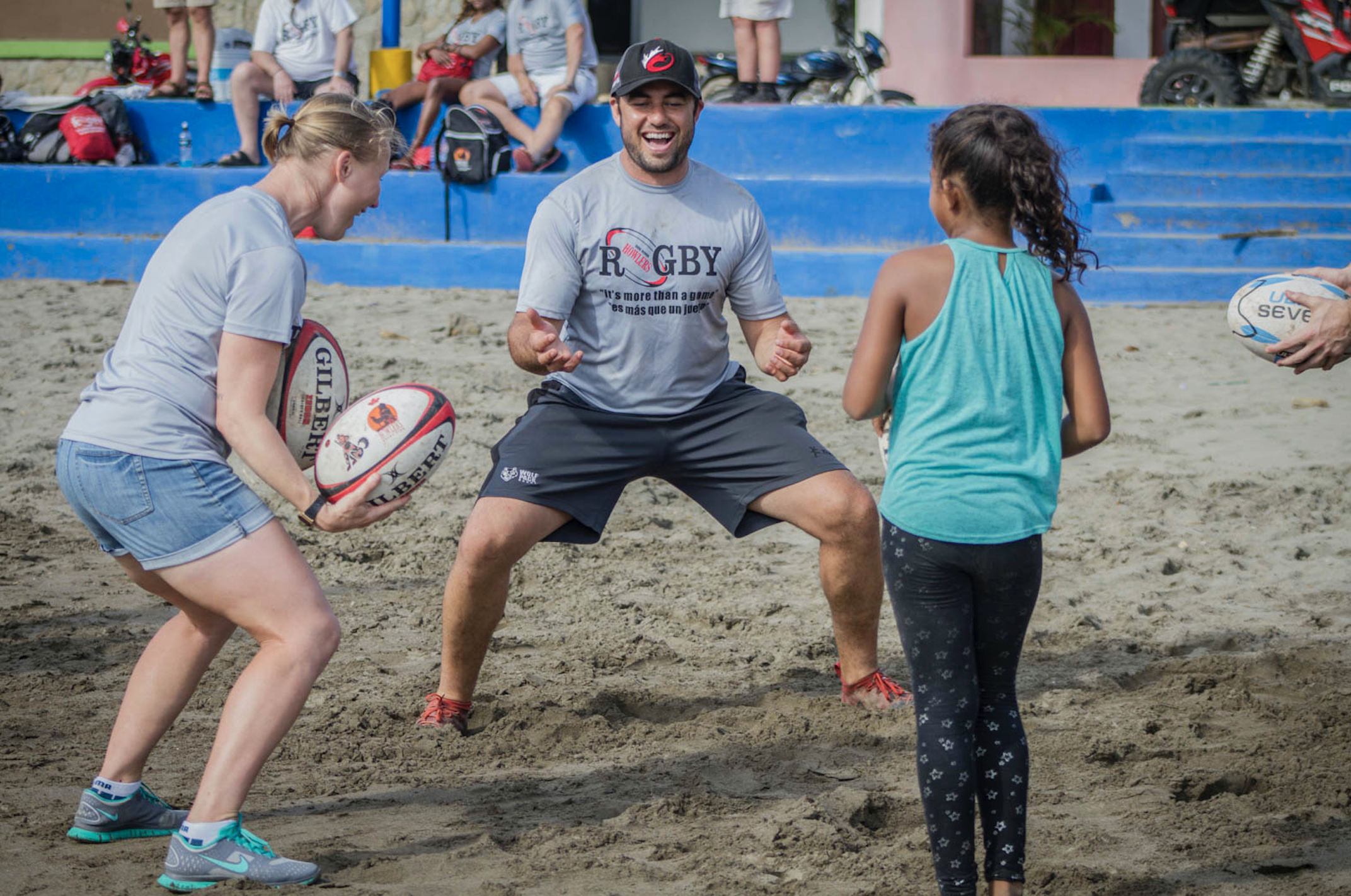 On top of all the accolades he’s earned over the years, last fall he added an entirely new role to his rugby resume: global ambassador.

In 2018, Panga travelled to Nicaragua as part of a Canadian touring squad – the Dog River Howlers – whose work has made a lasting impact on and off the field.

The week-long tour provides quality opposition for developing sides and hosting community and social events to improve relations and share the best qualities of the sport. In addition to their volunteer work, participants partake in fun activities hosted by the nation. Some of the highlights over the years have included surfing, bull-riding and yoga along with coaching youth teams.

In addition to their volunteer work, the touring squad collected and transported more than 70 hockey bags worth of clothing, balls, supplies and other much-needed items to distribute within the communities. A generous donation was made by team referee Ian Godfrey, who gave six bags of kit which included 200 pairs of boots, plus an additional six bags of medical supplies which were gifted to a town devastated by a tropical storm in 2017. 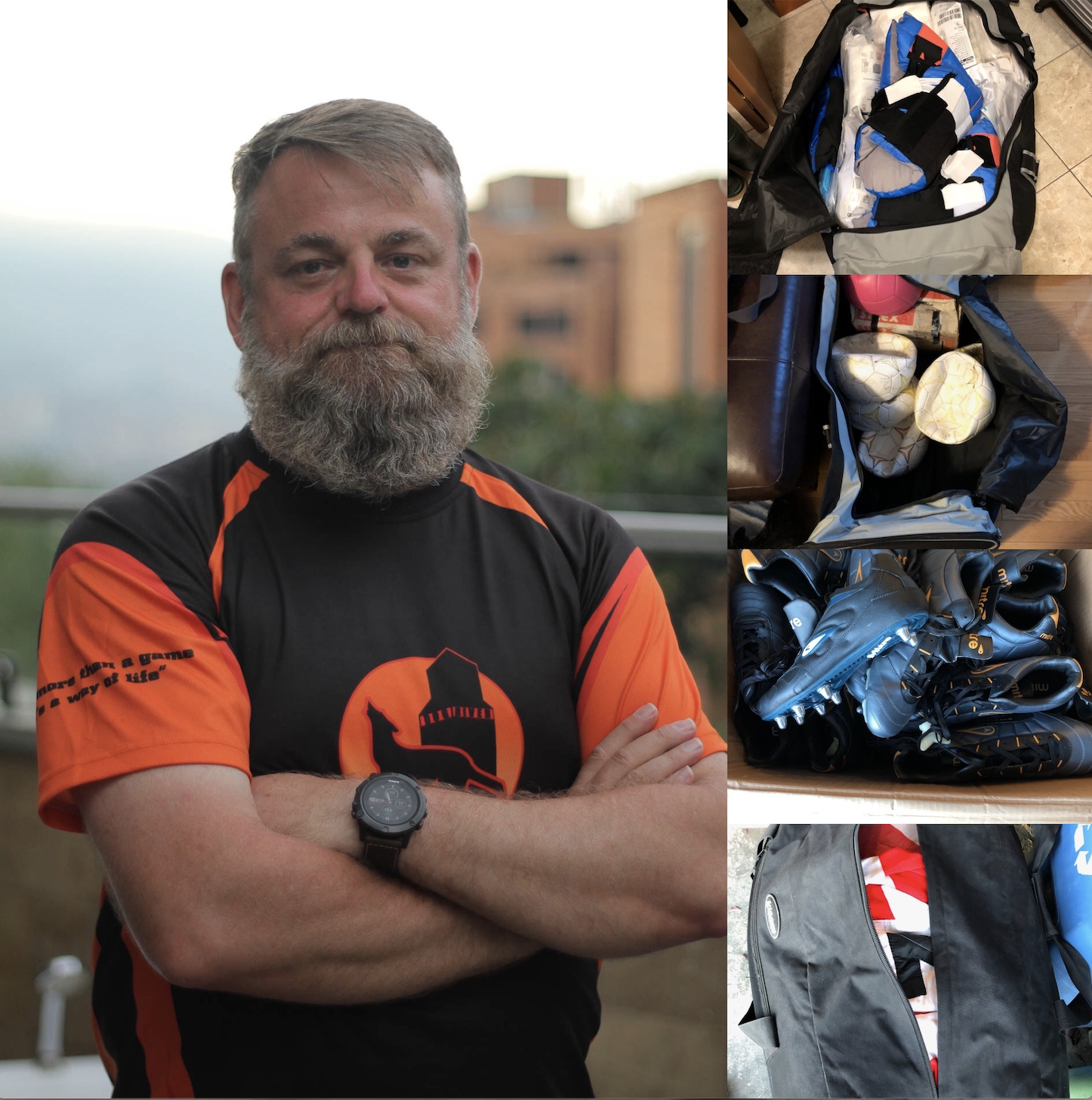 This Saturday, Panga is set to land in Nicaragua for a second go-around and the 34-year-old says he couldn’t be more excited. He’s embodied the Dog River Howlers Rugby Club motto “it’s more than a game, it’s a way of life!”

So who and what exactly are the Howlers?

Named after the fictitious Saskatchewan community in the Canadian TV Show “Corner Gas,” the Howlers have made a name for themselves as global ambassadors of the game who spread the true spirit of rugby.

Dating back to 2009, more than 500 men and women from 11 Canadian provinces and territories along with 17 countries have played for the Howlers in 72 tournaments in nine countries. The Howlers have had 43 different coaches from 8 countries. 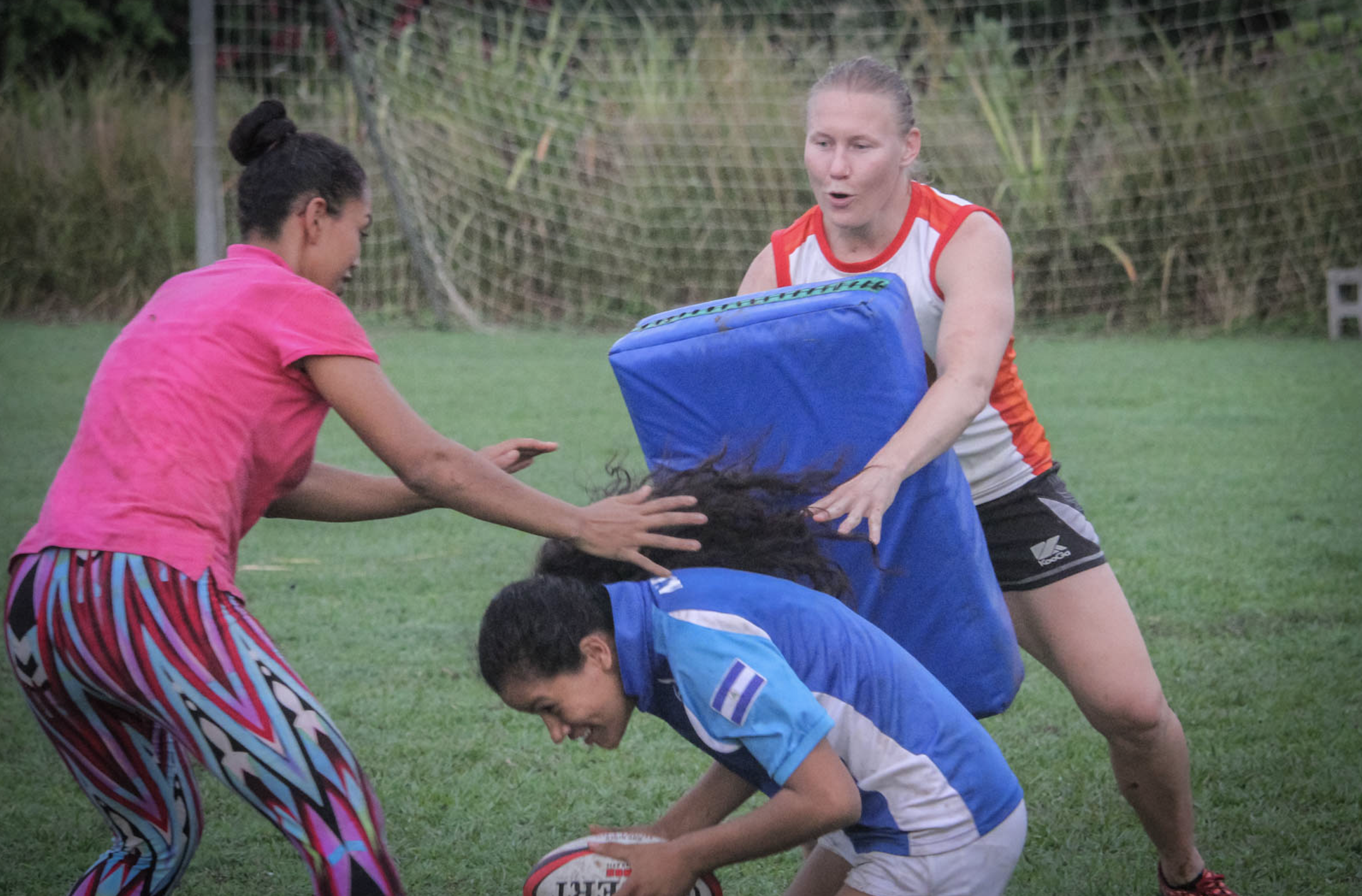 Rugby Americas North spoke with Panga ahead of the club’s departure to discuss his thoughts on the importance of the Dog River Howlers tour to Nicaragua for the greater good of the game.

RAN: What were the highlights from last year’s tour to Nicaragua?

CP: Being able to help people who are less fortunate than us, is always a highlight on these tours. Other highlights include getting to meet some of the Nicaraguan rugby enthusiasts and exploring their beautiful country.

From a coaching perspective working alongside Mandy Marchak and Brennan Marcoux definitely widened my view of the game. Mandy, as we all know, is an incredible human. She managed to collect and travel with 10 kit bags of donations for the Nicaraguan rugby community.

Our travelling referee Ian Godfrey also made an astounding contribution of 200 pairs of rugby boots!

RAN: From an on-field perspective, talk to me about the importance of a tour like this. Do the opponents find it valuable playing against a quality touring Canadian side?

CP: It is massively important and valuable for both parties. For the Nicaraguans they are trying to grow rugby in their country and struggle to find quality competition.

For us we get to bring a group of young up and comers together, train for a week under some high-level coaches in an environment that allows the cohabitation of fun and performance.

In the early years of the Howlers we were focussed on providing an opportunity for players on the fringe of the national program, this vibe has since changed and is mainly due to that need being filled by other great emerging development programs and the growth of invitational tournaments.

RAN: How important are tours like this one to the culture of rugby?

CP: For a young player these tours can open up doors and paint a picture of Canadian rugby that is genuine, authentic and positive.

Age grade selectors and University coaches keep watchful eyes on these programs as they want to see the talent coming out of the rural areas of Canada.

We have a lot of fun. Fun is what hooks us and keeps us engaged and inspires us to keep playing. Whether it is at club or for country, Howlers continue to give back to the game and that culture is vital to building good rugby players and more importantly great people.

RAN: What are your goals for this year’s tour?

CP: Enjoy, embrace and celebrate a program that continues to enhance the lives of those who are less fortunate yet have a shared burning desire for the sport of rugby.

Share an experience that will truly give some young Canadians an incredible perspective check at a time of year when it’s most needed (Christmas).