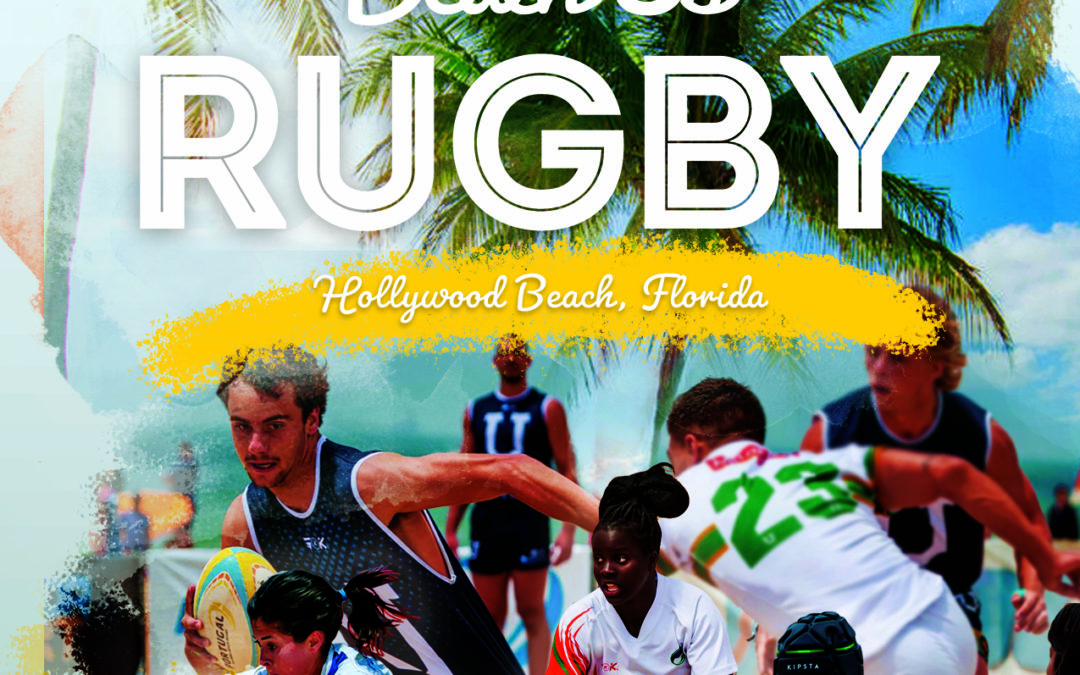 This past January, the inaugural tournament was held under sunny skies and drew thousands of spectators, competitors and fans, and was considered a huge success by those involved.

“Hollywood Beach was alive with beach rugby in January and we’re thrilled to be bringing the tournament back again next January,” said Gavin Mcleavy, on behalf of Rugby Americas North

“If you’ve never experienced beach rugby before, I strongly recommend giving it a try. Similar to the World Rugby Sevens Series, it’s a party atmosphere that’s fun for the whole family with music, food, sun & surf and plenty of entertainment – on and off the ‘field’ of play,”

2020 will once again see multiple categories of competition: men’s, women’s, high school boys & girls along with youth. Tournament organizers are anticipating an increased number of teams in 2020, with teams from Florida, Tennessee, North Carolina, Georgia, Canada and the Caribbean Islands.

“With two inflatable pitches in use and a limit on the number of teams competing, the organizers are encouraging all teams to register as early as possible to avoid missing out,” said Mcleavy.

The family-friendly event, which is being held in partnership with USA Rugby & the Florida Rugby Union, will also include a DJ and emcee to entertain the crowds, along with multiple food, drink and merchandise vendors.

“USA Rugby, after their exciting inaugural year of Beach Rugby events, has added new locations to the 2020 calendar throughout the US including a return to Hollywood, Florida in a partnership with Rugby Americas North,” said Sharon Moskowitz, USA Rugby Mass Participation Manager.

“USA Beach Rugby looks forward to kicking off another wildly successful season at this Premier Event with RAN by highlighting local youth development and welcoming international teams from all over the region!”