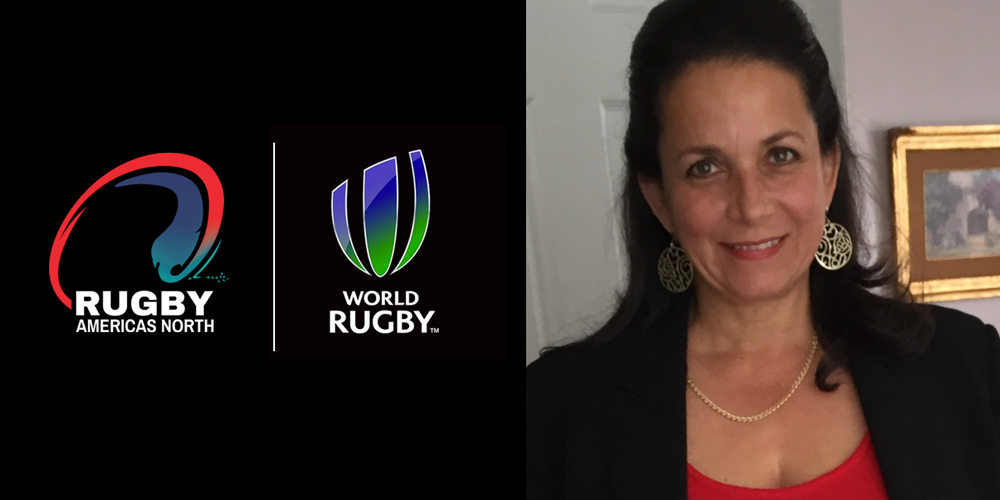 The selection was made in Miami at the organization’s annual meeting.

Carner said that the decision was difficult, but ultimately Flores extensive background in diplomacy, governance, and leadership made her a perfect fit for the role. Fluent in three languages, Flores has been involved with rugby since 1979. She has served on both the boards of Canada and Mexico rugby unions, as well as held the title of Executive Director of the Canadian Council for the Americas, and served with the Mexican Consulate in Toronto and in Montreal as the Consul in charge of Academic, Scientific, Technological and Cultural Cooperation.

“I already know that she will receive the support and feedback of her colleagues as well as contribute in a huge way to RAN’s long-term goals,” said Carner. “She will help us guide our boat, not only regarding women’s rugby issues, but in every other aspect as well.”

Upon learning of the appointment, Flores said: “I should like, first of all, to thank Mr. Carner and the Mexican Rugby Federation for nominating me and to very sincerely thank the members of Rugby Americas North board who demonstrated their trust by selecting me to this position.

“Rugby Americas North is a very important member of the six regions of World Rugby, and all of the RAN unions are growing and show incredible potential, for men, women and juniors. I have witnessed rugby’s passion, involvement and commitment first hand in Canada, Mexico and the Caribbean as well as the rest of Latin America. I am fully committed to Rugby Americas North, Sudamérica Rugby and World Rugby, without reservation, and I will work tirelessly to grow the sport worldwide. I will also champion the cause for inclusiveness and diversity.

“In a milestone decision the World Council has introduced a progressive change by inviting women to sit on the Board. We, now, have big shoes to fill and I have all the confidence in the world that we will not disappoint. We have proved ourselves on the field and will now add depth and strength in the area of governance.”

Flores’ appointment was set into motion as a result of World Rugby’s 2017 landmark governance reform which included the Women’s Plan 2017-25. The reforms have accelerated the pace of women’s inclusion in rugby on and off the field of play and furthered gender equality at all levels of the sport. The initiative expanded the number of people who may sit on Council from 32 to 49, with 17 new representatives to be women. Flores marks the twelfth woman to be awarded a vote on World Rugby’s highest governing board.

As a leader in global sport, rugby continues to put inclusiveness at the forefront of its strategies, plans and structures. Reaching 35 percent female representation on the council is one of many steps World Rugby has taken to drive the organization forward.

During the upcoming November World Rugby Council meeting, Flores and Dwyer will mark one year since the vote to expand the governing body, and will take their seats amongst a much more diverse and representative council.

Dwyer said: “I am delighted that Cristina joins me as RAN’s second representative on the World Rugby Council, said Dwyer. “Cristina’s vast experience in the business, diplomatic and sports worlds makes her ideal for the role of Council member for our region at the highest possible level in World Rugby.

“I am very much looking forward to working with her and establishing a dedicated and committed team to represent RAN’s member unions in handling all aspects of our wonderful game of rugby at all levels, as well as continuing to build positive and beneficial relationships with World Rugby, our fellow  Regional Associations, and every World Rugby union council member.”