The Final Whistle: An Inside Look Into Winning the 2016 RAN U19 Championships 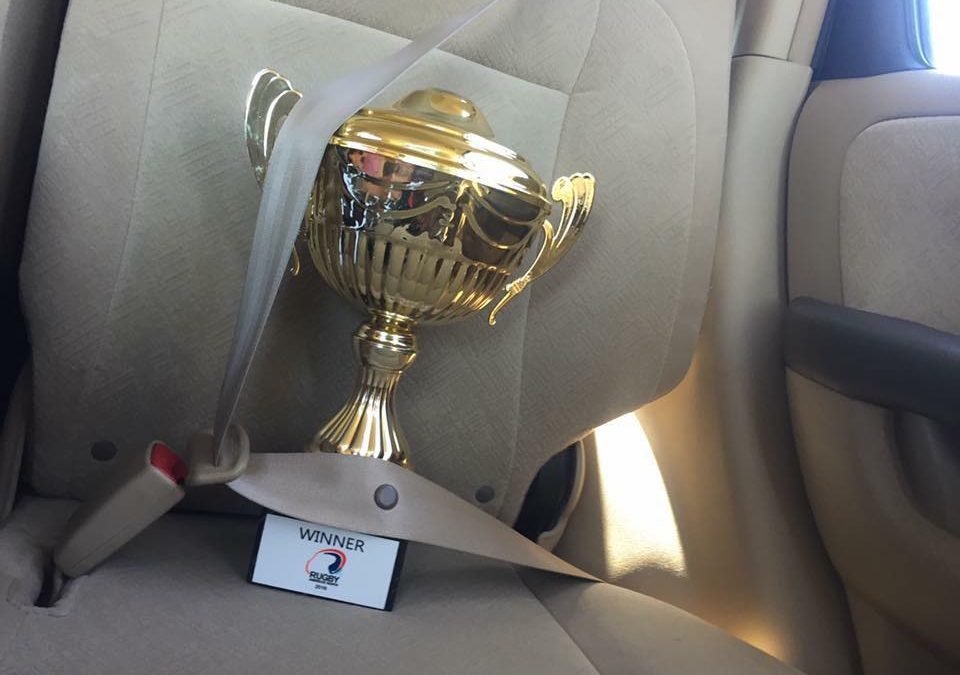 The final whistle sounds and the cheers and screams of celebration ring through the park as the Mexico under 19s are now Rugby Americas North champions. The bench players rush from the sideline, even on crutches and holding ice packs. The team and coaches storm the field running past the defeated USA South Panthers U19’s. The 24-0 defeat and the 100+ degree heat brings the Panthers to their knees, but only for a minute. The leaders gather their defeated comrades and make their way to their Coach, Mark Williams. Kneeled around him as we had done numerous times over the last few months, Coach Mark teaches his men a lesson that would stay with them for 365 days.

“Look up. Do not hang your heads. You watch them celebrate. Watch them hold their trophy and their flag and their banners. Let that feeling set in, because in one year it will be yours. To the boys that have aged out, you should be proud of your work and your leadership and the standard you set. To the the ones that will be here come next year, we know what we’re coming for.”

The process began in April when the long emails of try-out and tournament guidelines came out. CC’d in emails you could get the idea of who would be invited, some former teammates and even guys from your home club. The CC list would get shorter in the coming months. There would be excel sheets laying out the conditioning and training program that would be expected of players. Then came training camp information and locations–5 camps over three months in Louisiana, North Carolina, Georgia, and twice in Tennessee.

The camps began cliquey. The Tennessee boys stayed together and the Georgia boys stayed together. State rivalries were fueled as the Southern Regional tournament pitted the state’s best against each other. The leaders knew how it worked and they knew come time for the tournament the team would be unified. But while egos loomed large the 7-minute drill loomed larger. A time based conditioning drill requiring stamina, strength and endurance, the 7-minute drill was always a rude awakening every morning in the Southern sun. However, the Coaches reaffirmed it would be nothing compared to the Miami humidity, and they were right. Faces became familiar and the strangers became teammates, but there were only so many spots so the scrimmages were strongly contested. Each camp seemed to get hotter and hotter but we always knew 10 days in Miami would be another animal.

The day of arrival gave just enough time to get the room keys, unpack the bags, and a swap few handshakes to the new roommates for the next ten days. Then it was cramming 25 players into two vans and off to the park. Practices began, and while the roster was set the line-ups were no. There were now starting roles to be earned. The first practice was always sloppy, but towards the end a routine was formed and the leaders came out of the woodwork as they always had. After that first practice we circled around Coach and he reminded us to think back to 355 days ago and keep in our minds the trophy being passed around the hands of the celebrating Mexico team. Coach then beckoned the leaders to share their experience. We explained to the rookies how bad we wanted to win and what lengths we would go to take it. Captain Matt O’Connell told us that if we truly wanted it, we would run to the fence 100 yards away and back, a ritual his college team would do after their practices. The long day of travel and scorching sun had sapped our yet acclimated bodies, but we did it anyway, cheering and racing each other all the way down and back. We would all suffer together in that moment and over the next ten days we did everything together.

Late that night we would go as a team to the nearest Publix. Clearing aisles of their full water gallons and PB&J ingredients. Protein bars, cold-cuts, and sunscreen filled the carts and that would only be the first of many team field trips to re-stock at the grocery store. With two practices a day the coaches were able to carve out a couple hours a day for a rest period. For most of the team this was “nap time”.

“Crank up the A.C and throw on the TV,” Flanker Nik Koumandarakis would say.

Some brought their PS3s gaming systems, which fueled comradery as FIFA and Rocket League somehow brought out the fierce competitors in even the quietest of rugby players. Then there were the guys who stayed outside in the heat, taking full advantage of the hotel basketball court, talking trash and jacking up three pointers for the entirety of the rest period. But however each player used the rest period, we all showed up for work each afternoon practice and would be ready to go the next morning.

By day four we were ready for Bermuda. We shared the same field in the pre-game warmup and although we tried to keep our focus on our business it was only natural to look over at our opponents. We had a clear size advantage, but we were truly just ready to hit someone that didn’t have the USA South logo on their shirt.

A 40-0 victory over Bermuda was a confirmation of the last few months of work and more importantly highlighted the strength of our team’s depth. With game one in the bag, all we had to do was overcome Trinidad & Tobago and we would be right back facing Mexico in the finals. But the Trinidad & Tobago team was no joke; they were steadily dismantling their opponents in the other pool. Unfortunately for us complacency crept in. The practice routine became just that–a routine. It seemed for a couple days after the blowout over Bermuda the team went on autopilot. The Trinidad & Tobago game was a punch in the mouth.

We were steadily down by 10 for most of the game against Trinidad & Tobago and tactical errors squandered every optimistic possession. The Trinidadians were fast and they could put a kick where they wanted it while running, which caused problems for our back three. We were down by 12 with 17 minutes to go, but it seemed we had outlasted the storm. The Trinidadians grew tired and began cramping. We kept at it and our long drives finally came to fruition. Two quick tries put us down by two with seven minutes to go. A Trinidad penalty deep in their own territory set up an opportunity for us to take the lead. We took a deep breath and put the game in the hands of our wing and place kicker Sean O’Driscoll, who banged in the heroic kick. Strong defense against a seemingly tired Trinidadian attack sealed the game and sent USA South to the finals, where we would face none other than Mexico.

I woke up the day of the game jittery and ready to go at 8 am. I grabbed Nik’s speaker and blared “Shipping Up to Boston” by the Dropkick Murphy’s while banging on my sleeping teammate’s bed. He woke up angry and fiery, just like he played. He stayed angry that whole day, headphones in his ears, deep in his own zone. No speech needed to be given; we had heard the speech over and over. We were ready. The national anthem provided the humbling minutes that would settle the jitters.

The game was slow, and scrum after scrum made it seem like forever. Our possessions were long and methodical and we were able to build an early lead. Then throughout the game we saw the Mexicans breaking, hands on hips and taking knees between play. We fed off it. Our coach had told us this would happen and it had. Our team motto had been “breaking point” and it seemed Mexico had reached theirs. In my head the game was close until the end, but the score had us up handily with not much time remaining. I savored those last few moments realizing my goals accomplished. When the final whistle sounded we celebrated, embracing our teammates storming in from the sidelines.

We celebrated that night, taking pictures with each other and with the trophy. We would all board flights the next day and likely never see each other for a long time, if ever. The memory of the final whistle sounding will stay in my mind forever, just as the memory of Mexico’s championship the year before. The loss to Mexico in 2015 helped us understand the importance of the process and the hard work it entails, and ultimately helped propel us to a Championship win in 2016.

This year I return to Miami. I have aged out of competition but I will be a part of the commentary crew for the weeklong tournament. I will get the opportunity to provide an inside look into what it is like to play in this tournament and against some amazing teams. This year USA South will carry the target on their back, and Mexico and Trinidad & Tobago will be coming for their revenge. There are two things guaranteed: after ten days a champion will be named when the final whistle sounds. Equally guaranteed; the Miami sun will make losers of us all.

Every match will be streamed live and you can tune in to hear more of my perspective and catch some great international matches by going to rugbyamericasnorth.com/superweek. Schedules and scores can be found there as well. Use the hashtag #RANSuperweek to follow along.