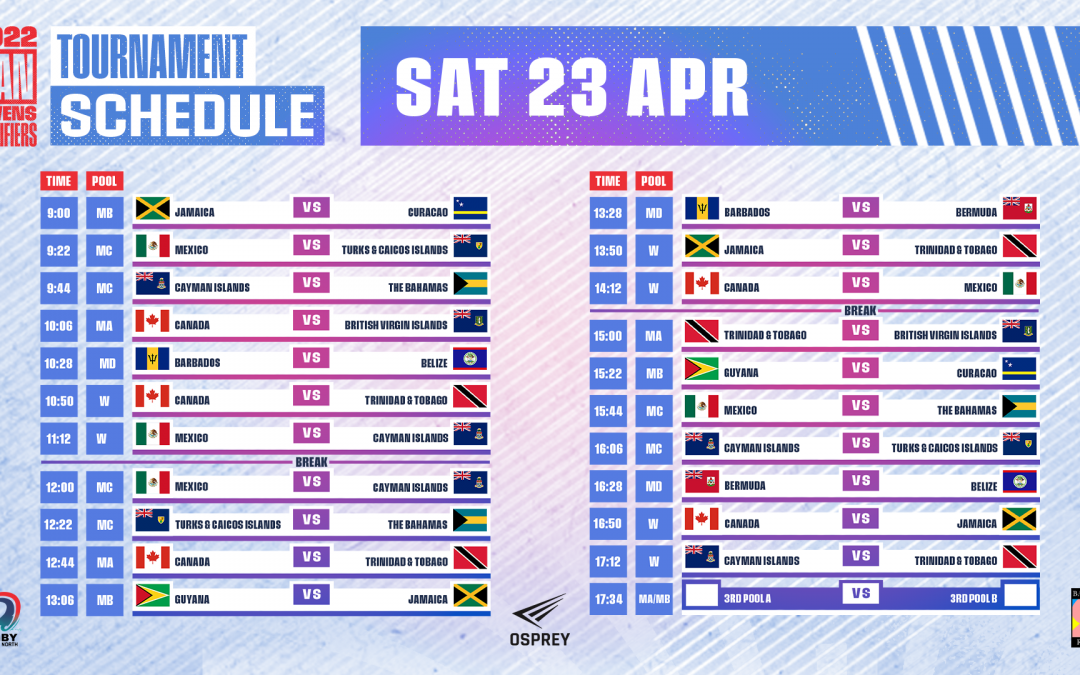 Rugby Americas North is pleased to announce the final tournament schedule for this weekend’s RAN Sevens Qualifiers in Nassau, Bahamas.

With 13 men’s teams and five women’s teams set to take part in the two-day qualifying tournament for the Rugby World Cup Sevens 2022 in Cape Town, South Africa in September, along with The Commonwealth Games 2022 in Birmingham, England in July, a total of 55 matches are set to be played at Thomas A. Robinson National Stadium.

The action kicks off at 9am local time on Saturday with last year’s Fireminds RAN Sevens winners, Jamaica taking on Curaçao, who won the Bowl competition last October.

Saint Vincent and the Grenades are no longer competing in the tournament this weekend, which means The Bahamas shift from Pool B to Pool C, providing two 22 minute breaks on Saturday. Dominican Republic’s Men’s and Women’s Teams both had to drop out of the competition late, which forced tournament organizers to make a schedule that works for every team as best as possible. 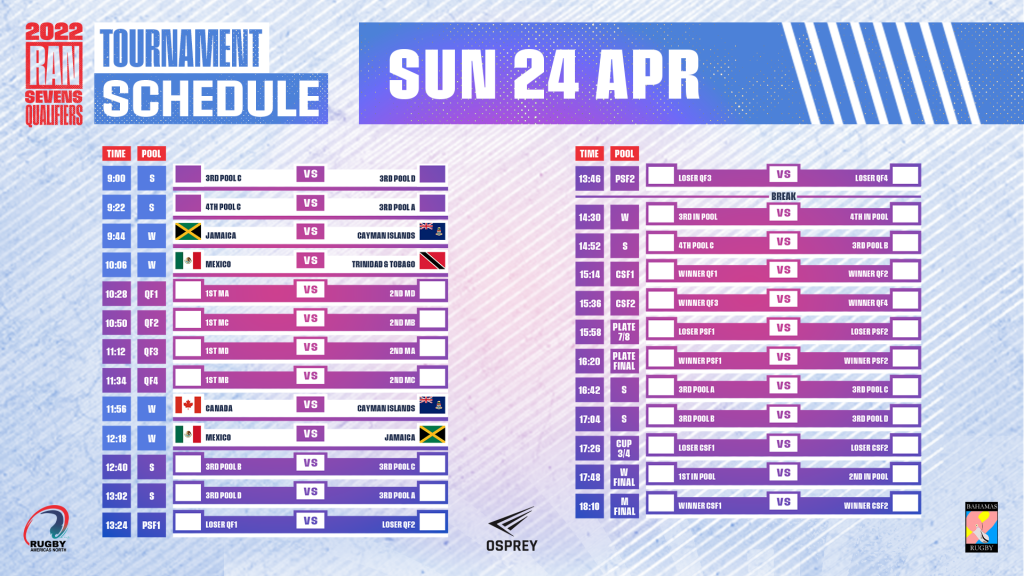 The tournament wraps up on Sunday evening with the women’s and men’s finals at 5:48pm and 6:10pm respectively.

The entire event will be streamed on RAN’s website, with updates provided on social media.