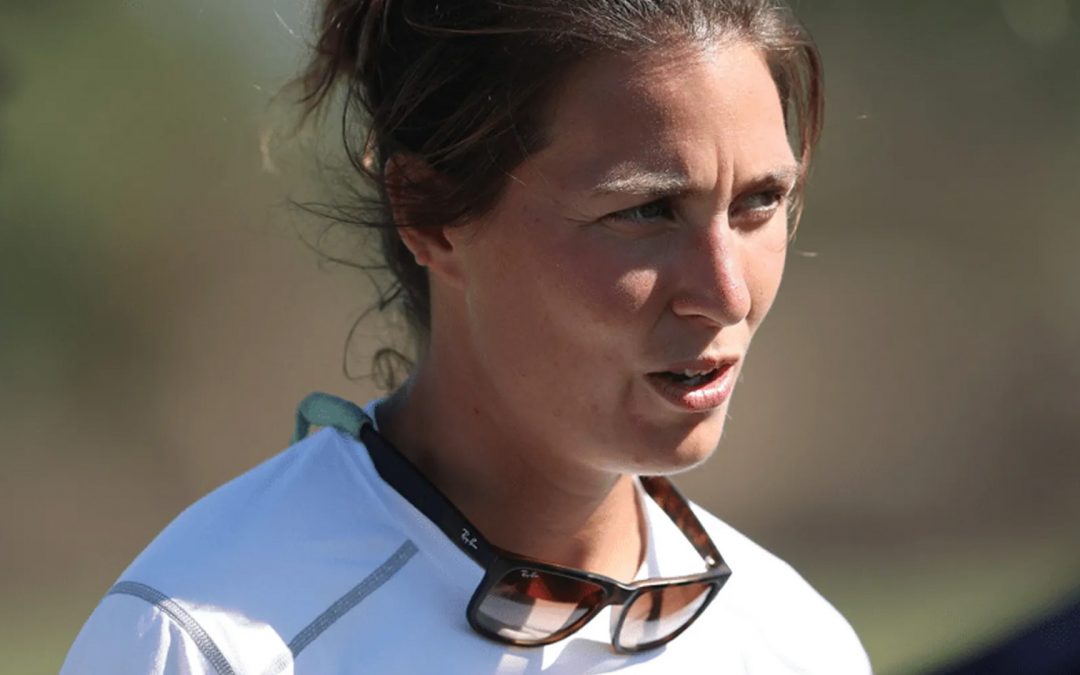 USA Rugby is proud to announce that Emilie Bydwell has been selected as Head Coach of the USA Women’s Sevens National Team, in a unanimous decision by a five-person selection panel.

“It is the honor of my career to be selected for this position,” said Bydwell, “I have been working towards the dream of coaching this team and leading this program for over a decade. The USA Women’s Sevens team is more than a rugby team, it is a group of incredible women that have the power to inspire meaningful change in their communities and unite our country through their actions and gold medal performances.”

“My goal has always been to find a way to unlock the potential of this team and program, on and off the field. We have a unique opportunity to develop a truly American brand of sevens, and ultimately, win Olympic Medals.”

As a Coach, Bydwell has a wealth of experience within the USA Rugby system. She most recently led the senior women’s sevens team as interim Head Coach during the HSBC World Rugby Sevens Fast Four tournaments in Canada, as well as the 2019 Pan American Games where the USA came home with a silver medal. Bydwell has been integral in the development of the women’s sevens pathways, coaching the USA Falcons and the U18 Women over a four-year period. She led the U18 squad to a silver medal in the European Championships in 2016, a team that now has five graduates in the senior women’s sevens residency program. Additionally, spearheading the development of the USA Women’s Sevens Academy that ran its inaugural year in 2021 and has six graduates seeking to earn their first cap this weekend at the HSBC World Rugby Sevens Series in Dubai.

Bydwell has deep expertise across programs. She intimately understands the demands of senior international competition and has used that knowledge to create programs that drive meaningful talent identification, development and performance. Since 2017, Bydwell has served as the USA Rugby Director of Women’s High Performance, making transformational changes across the senior sevens, XVs and age-grade programs. Her leadership helped the sevens program achieve its most successful season of all time in 2019, with five medals in six events, appearances in every semifinal, as well as the first two gold medals in Biarritz (2018-19 season) and Glendale (2019-20 season). In XVs, Bydwell led the planning and development of a robust annual calendar that emphasized an unprecedented amount of contact between coaches and players, along with more matches in a year than the program had seen in an entire Rugby World Cup cycle.

Stepping away from the Director role, Bydwell will coordinate with USA Rugby GM of High Performance, Dan Payne to ensure administrative accountabilities with the Women’s XVs program are ongoing through to the Rugby World Cup in New Zealand.

USA Rugby CEO, Ross Young added, “Having followed Emilie’s coaching career for many years now, I am delighted to have her expertise, knowledge and energy in this position. With her close involvement in the program since 2017, we have watched the impact she has with the team during their most successful years and are confident that she will continue to build on that trajectory heading into Paris 2024 as medal contenders.”

Beyond her work with USA Rugby High Performance, Bydwell’s coaching pedigree has been rooted in player development, and includes 10 years of experience across the youth, college and club game. She first started at the collegiate level with her alma mater Brown University before coaching senior club rugby, where she went on to win three consecutive USA Rugby Club 7s National Championships with Atavus Academy and San Diego Surfers respectively. In 2016, Bydwell was named the USA Rugby Coach of the Year.

As a player, Bydwell has represented both the Women’s Eagles XVs with 21 caps and Women’s Sevens across two Rugby World Cups in 2010 and 2014, as well as winning the bronze medal at the 2013 Rugby World Cup Sevens. Entering the player pathway with the women’s sevens residency program when it began in 2012, Bydwell brings valuable understanding for player perspective to the head coaching position as the first USA Women’s Eagle to assume a head coaching role since the late Kathy Flores.

“To be selected for this position only a month after my first National team coach, Kathy Flores, passed is emotional and impactful for me because I know the road she paved for decades is now one that I can walk confidently. I hope to carry her legacy forward, produce results, and inspire other women to pursue international coaching roles.”

USA Eagle Alum and 2016 Olympic Captain, Jillion Potter was included on the coach selection panel and added: “Emilie has the unique ability to skillfully see the game from so many perspectives – as a player, as a coach, and as an administrator. She leads with an incredible work ethic, has a never-complacent growth mindset, and always puts the team first. We are lucky to have her leadership heading into Paris 2024.”

Bydwell continued, “We all know that there is no time to waste as we look towards the Rugby World Cup Sevens in Cape Town and the Paris Olympic Games. With a shortened quad and a World Cup on the horizon, we have taken learnings from the Olympics and will hit the ground running. We are aware of the power and strength our player group has. In order to play the game we want to play, we need to increase our levels of sevens fitness and repeated efforts and improve our ability to dictate the game tactically.

“Currently, we are entirely focused on our two-tournament campaign in Dubai where we have an exciting squad who is ready to step over the line and into a new chapter. Ultimately, my goal is to deliver a team that plays to their potential under pressure. While the foundation has been developed, we have less than three years to cement the skills and physical capacity required to do so. Now we go to work.”

The coach selection process was administered by a five-person panel that evaluated over 100 applicants from around the world. In the first phase, all five panelists submitted scorecards on each applicant, condensing the search to the top ten candidates. From there, candidates answered standardized questions and were interviewed by Paralympian and USA Wheelchair Rugby Captain, Chuck Aoki on topics such as program vision, measures of success, and commitment to diversity, equity and inclusion. Afterward, three final candidates interviewed with the selection panel, who focused on technical and tactical expertise, ability to create a strong team culture and ability to develop the strongest program possible ahead of the upcoming Paris and Los Angeles Olympic games.