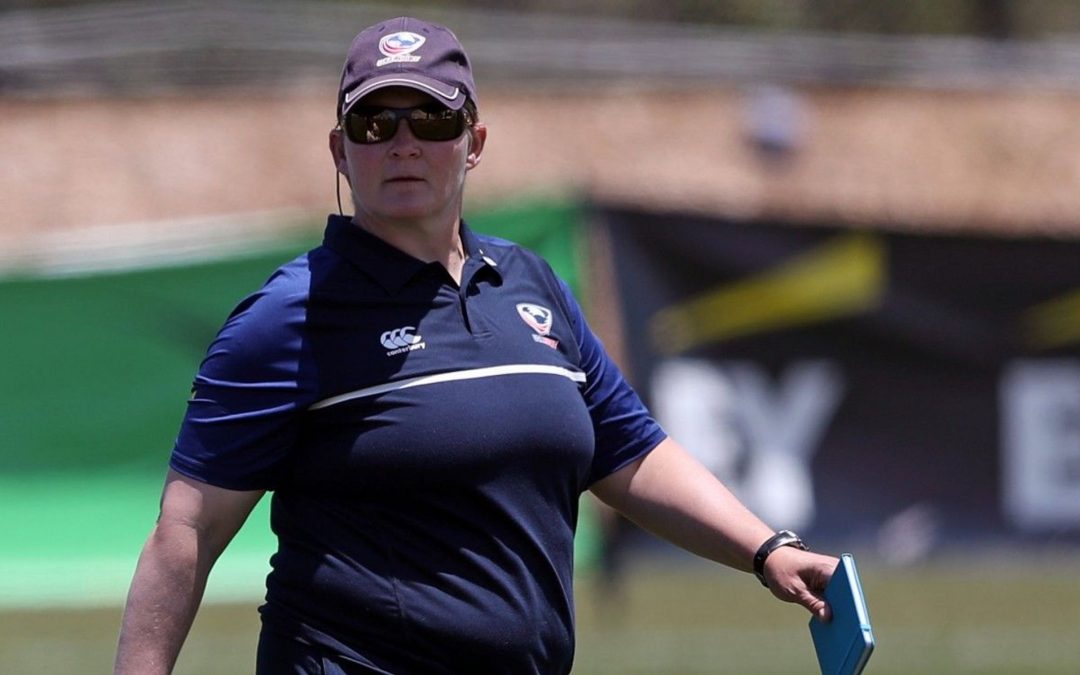 As a player, Jamie Burke was driven by a desire to find out exactly how good she could be.

It was an internal mantra that yielded 51 test caps, appearances at three Rugby World Cups and a place in the U.S. Rugby Hall of Fame Class of 2020. No small feat for a woman who had no idea what rugby union was when she enrolled at the University of Virginia in 1998.

“There’s not a lot of women that have been inducted into the U.S. Rugby Hall of Fame. It has not been around for that long so I feel very honoured.”

Having swapped her playing boots for a coach’s tracksuit following RWC 2014 it is that same drive that is propelling Burke in her career on the sidelines.

‘YOU CAN BE WHAT YOU CAN SEE’

Burke works for the City of Glendale as its director of youth rugby programmes, serves as an assistant coach, specialising in the set piece, for the USA Women’s Eagles and Glendale Merlins women’s team, while holding a director role with the Colorado State High School All-State squad.

Her potential has also been spotted by World Rugby. The former prop is a Coach Educator and was invited to the inaugural Women’s High Performance Academy in Stellenbosch last May.

“My ambitions as a player were to see how good I could be. How good could I be if I committed to it? If I put in the work, put in the time, put in the effort and that started from early on,” Burke explained.

“That is my goal [as a coach too], to see how good I could be. Do I want to coach a national team someday?

“I think that would be an awesome marker to say, yep, you are getting there in terms of your skill as a coach but that is not necessarily an outcome I need or want.”

Burke believes her success as a coach will be measured as much by her ability to forge relationships with her players and staff than “wins and losses or scrums won and lost”. That can already be seen in the work she does in Glendale.

Following three years as head coach of the Colorado State High School All-State team, she stepped into a director role that gives her more time to devote to the development of both the programme and its coaches.

Those who have assumed the responsibility of coaching the team in Burke’s place are all female and previously worked under her as assistants. The 39-year-old understands the importance of bringing women along on her journey.

“Because I think there’s so much truth to that adage that you can be what you can see.

“And it’s really hard, if you’re a girl who’s never had a female coach then it may not even be in your realm of possibility of what you could potentially do.”

Living in Glendale, the self-styled Rugby Town USA, Burke is not short of knowledgable sounding boards and jokes that her four-year-old daughter’s babysitters are all involved in the game.

But that support network has expanded since her trip to South Africa for the High Performance Academy last year. The women who took part remain in regular contact and jumped on a video call at the start of April to check in with each other.

“The benefits of the programme were two-fold,” Burke said. “One was obvious, the content itself.

“So, the actual learning that happened with Carol [Isherwood] and Wisey [Scott Wisemantel] and all of the other staff where we really dug into our coaching and our leadership styles and our communication styles.

“That was the one part and then the second part was the collective international network of other HP women’s coaches and rugby people.

“We’ve been able to support each other in subsequent pursuits and being able to send out job opportunities or let each other know, hey, there’s this webinar that’s happening in my union that you may not have heard about but I’m sure you might wanna hop on and hear what’s happening in this facet of the sport.

“So, it really has opened up the realm of opportunity.”

Despite all the success and opportunities that have followed, Burke did not find the initial transition from playing to coaching easy.

As many top-level sportsmen and women have discovered, being at the top of your game is not an automatic indicator that you will succeed as a tutor.

“There’s definitely this perception that, ‘oh, you played for the Eagles, clearly you can coach’ and the coaching side is such an art and is such a learned skill,” Burke said.

“I regularly found myself getting into scrums with people because I didn’t have the words to describe what I was trying to get them to do.

“I would find myself actually physically having to be in a scrum or physically lifting in a lineout to try and teach people these skills, and I realised two things.

“One, it’s not helpful because I’m not empowering them to learn it on their own terms. But two, if I’m going to continue coaching for many, many years – even now – I don’t really want to get in a scrum with you.

“So, I had to develop the language [of] coaching and the understanding to be able to communicate.”

It should come as little surprise that Burke, striving to be the best that she can possibly be, has developed a varied vocabulary for the training pitch.