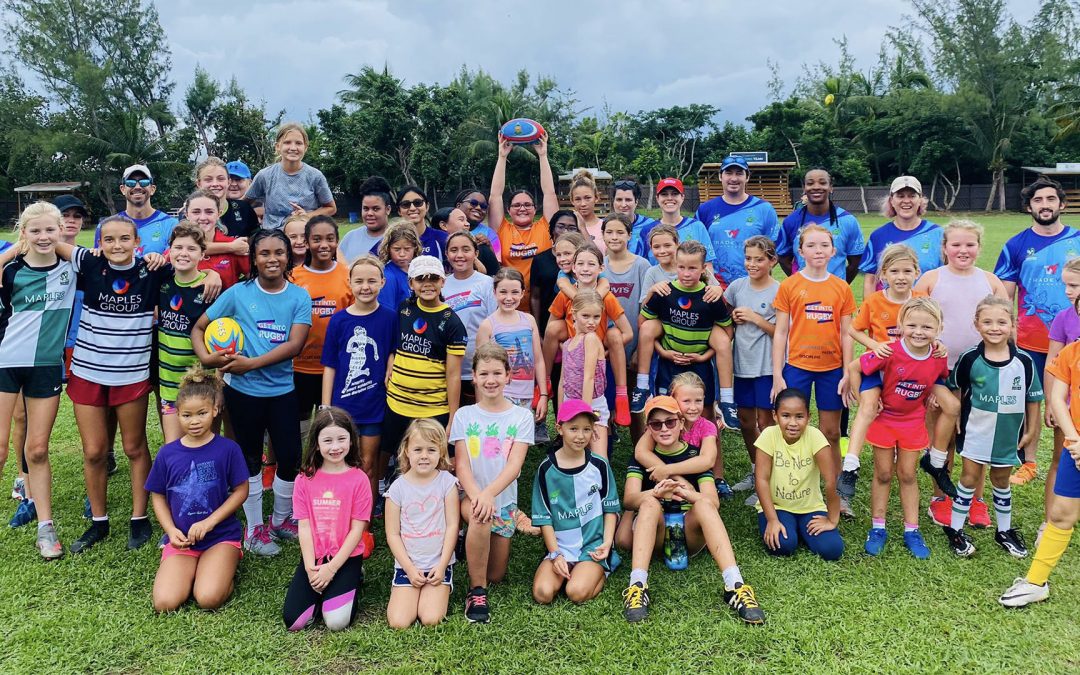 It’s an exciting time for women’s rugby. And, one of the leading drivers of the development of the game for women in the regionis the Cayman Islands.

As the newly appointed full-time female Cayman Rugby Football Union (CRFU) Manager, Mercedes Foy is tasked with the responsibility of raising the profile and developing girls and women’s rugby in the Cayman Islands. Having played rugby for England, and even been part of a World Cup winning squad, Foy is more than well-equipped to grow the performance and strategy for women’s rugby in the region.

What started out over 20 years ago as one small contact rugby women’s squad has now turned into a fully operational domestic league, and Foy is confident that all women in the Cayman Islands are now being offered the opportunity to get into rugby.

Through a variety of initiatives including hosting rugby taster events, social media campaigns, schools programs, girls camps, and even a tag festival, it’s clear to see women’s rugby in the Cayman Islands is becoming a force to be reckoned with. 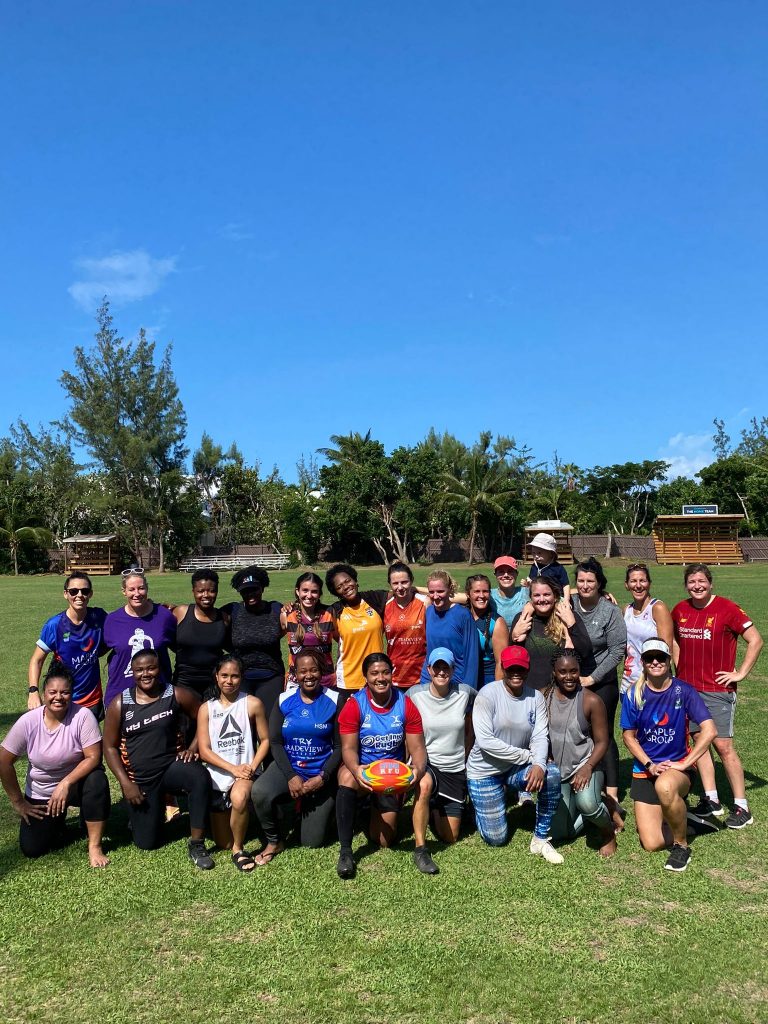 Stepping back in time …

Former Captain and one of the pioneers of women’s rugby in the Cayman Islands, is CRFU Operations Manager Caroline Deegan. She says it was around the late 1990s (when women’s touch rugby was in its prime) that a small core group of all-round sports women and contact rugby veterans started the ball rolling to take the next step into forming a Cayman Islands women’s contact rugby team.

“The employment of Richard Adams in 2000 as the CRFU’s first Director of Rugby began the momentum which then led to ex-rugby league professional Steve ‘Smudger’ Smith beingenlisted as the first women’s contact rugby coach,” she says.

Deegan says that while initial contact training sessions saw minimal numbers, the opportunity arose to train for a seven’s game against the Jamaican women’s team in Kingston and team Cayman Islands grabbed it wholeheartedly.

“The Cayman Islands girls trained hard under ‘Smudger’s’guidance,” she says. “Despite being the underdogs of the tournament, we beat Jamaica and caused a major upset! Wereturned home with a taste for victory and a strong desire to improve at sevens and develop into a full 15s squad.”

With only a small pool of players to draw on, the women’s squad continued to focus on sevens, representing the Cayman Islands at the Trinidad Sevens and the Las Vegas Midnight Sevens. As numbers grew and playing diversified, it enabled the Cayman Islands to then host teams from USA, Jamaica, and Queens University with the first ever National 15s game taking place against Jamaica in 2003.

However, Caroline says all of this exciting progress was unexpectedly halted when Hurricane Ivan decimated the Cayman Islands in September 2004. She says many Caymanians and expatriates alike were forced to evacuate the island for several months and the rugby club itself required extensive rebuilding and renovation.

Nonetheless, a small core group of players remained on the island and continued their commitment to promoting rugby and rebuilding the women’s program as soon as time and resources allowed. 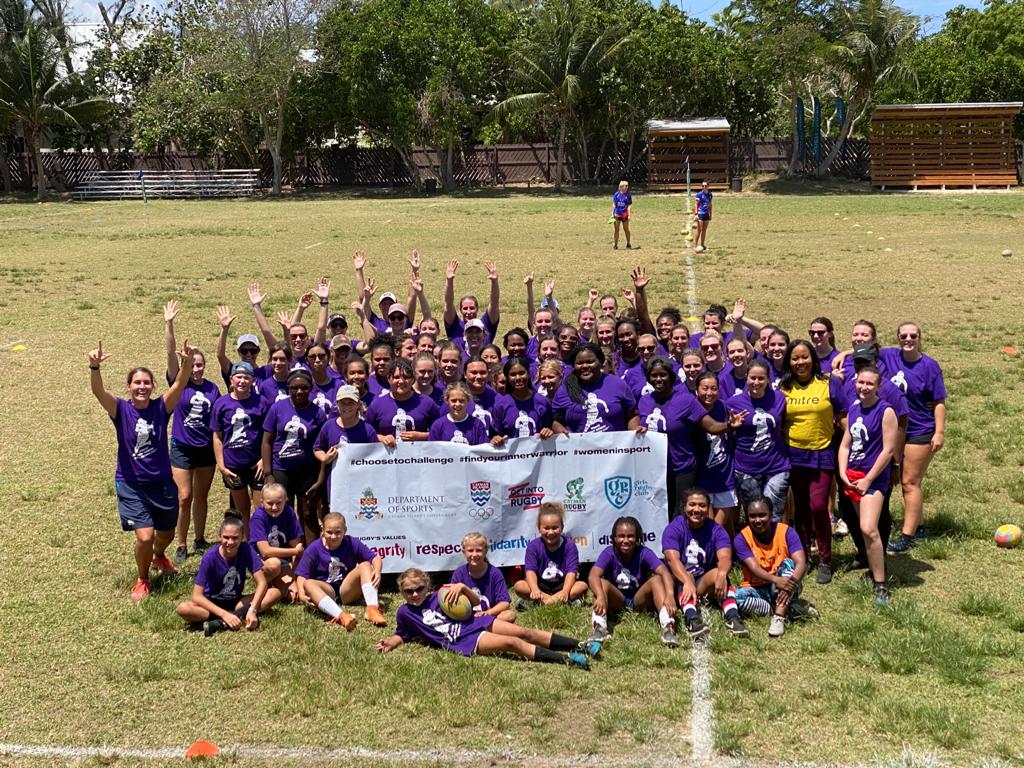 Current female CRFU Manager Mercedes Foy says recent recruitment drives have focused on bringing older players back to the team for their experience, while also strongly focusing on developing youngerplayers to improve the local player base for the future of rugby in the Cayman Islands. She says they have also targeted players from other sports such as flag football, boxing, soccer, and track and field to diversify the pool of athletic abilities.

“I am proud to say that our current schools program is giving as many young girls as possible the opportunity to try rugby,” she says. “We have even been onto a number of both government and private schools supporting and delivering their tag rugby PE lessons”.

“With so much going on, it really is an exciting time for women’s rugby in the Cayman Islands,” she says.“Our domestic league has now started up again and we have domestic sevens planned for after Christmas to get us ready for the RAN Sevens in Mexico City.”

CRFU Vice President Ben McDonald explains all of this has come off the back of a review last year of the female rugby programs in the Cayman Islands.

“While the CRFU Board recognized the moments of success in women’s rugby, we were disappointed that we hadn’t achieved more,” he says. “We resolved to make women’s rugby a priority and as you can see, we have invested heavily in this – both in dollar terms and in our efforts.”

Looking at the bigger picture, Foy says the Cayman Islands women’s rugby development efforts aim to empower all girls and women through the game of rugby.

“We want to provide long–term career and life pathways for females through rugby. The future for us in the Cayman Islandsis to give every girl and woman the opportunity to try rugby and feel part of our special community no matter what their shape, size, culture or background,” she says. “There is a place and space for every girl and woman in rugby and we want to inspire future generations to create new Cayman Islands rugby history.”