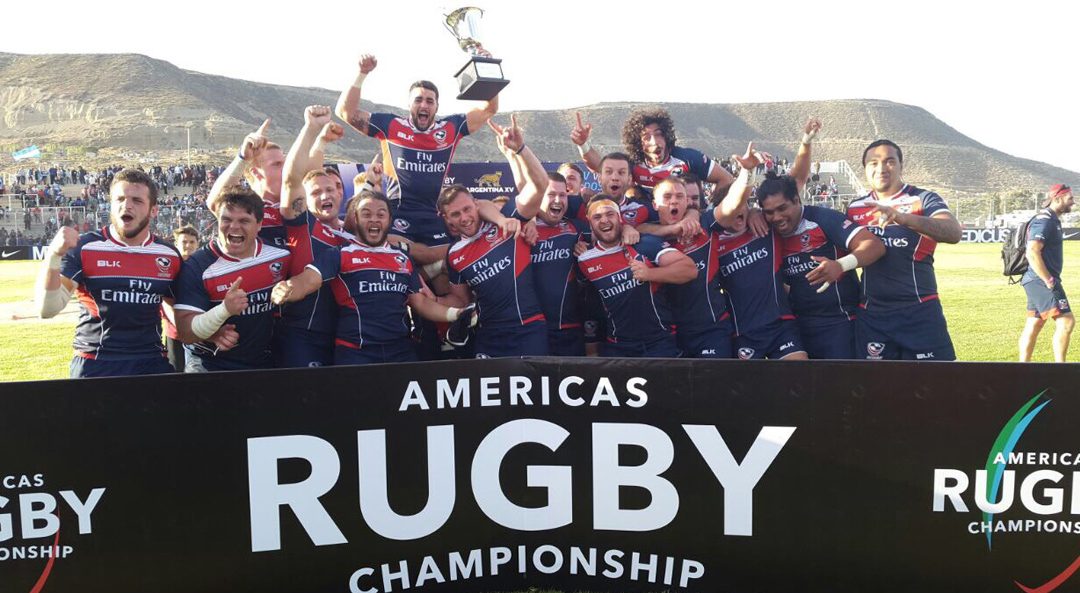 The second season of the Americas Rugby Championship bore fruits to the new competition model: develop high performance in the north and the south of the Americas.

The success of the Americas Rugby Championship in its new format previewed a good second season. No one imagined it would be decided by the slimmest of differences, in dramatic circumstances; so much that the champion team had to be told they had won the ARC.
That was in the fifth and final round of a continental tournament that started with Brazil beating Chile 17-13 at home. The USA Eagles beat Uruguay 29-23, with winger Blaine Scully scoring in the final quarter and centre AJ McGinty adding the goal and a penalty for the win in San Antonio, Texas.

In the snow and fighting against the weather as much as Canada, Argentina XV with a hard-fought 20-6 in Langford.

Returning home, Argentina XV rotated its squad and beat Uruguay 57-12 in Bahía Blanca; USA also surpassed the half century in their win against Brazil whilst Chile had a good performance albeit losing against a superior Canadian outfit.

Their long return home included a trip into the South as Los Cóndores struggled with the power of the Argentine side. Less clear was Uruguay’s win against the Brazilians, with a second try in consecutive weekends for local scrumhalf Santiago Arata who would later shine in Rugby World Cup 2019.

The big game in the round was played in the cold night at Burnaby where USA was relentless and beat Canada at home by 51-34. Mike Te’o got a hat-trick in a night in which the continuous growth of the region was in evidence.

The Eagles took this positive momentum to Chile where their seven tries accounted for a 57-9 win and the opportunity of going to the final game in what was in fact a tournament decider.

Argentina XV, unbeaten as the Eagles, beat Brazil 79-7 at the southernmost rugby stadium in the world, Ushuaia’s Estadio Agustín Pichot. It was Pichot who campaigned for the ARC, knowing that the growth of the continent required competition of this like.

Round four finished in Montevideo with Uruguay defeating Canada 17-13, a year away from the key RWC 2019 qualifying series between both countries.

Once again, the world took notice of the goings of Brazilian rugby when in a damp night in Sao Paulo, a late goal by recurrent hero Moisés Duque. Os Tupis inside centre added the extra two points to a 79th minute try by Lucas Tranquez, taking another key scalp in beating Canada 24-23.

The following day, Uruguay continued to dominate Chile with another big win as sights set in Comodoro Rivadavia, at the door of Patagonia, for the tournament decider.

An interesting game, it was USA that first used its opportunities and went to the break leading 15-10, having scored three unconverted tries. The home side managed a penalty try for repeated infringements.

Argentina XV picked up the pace in the second half; a second penalty try – this time in the scrum – and a try from Puma centre
Gabriel Ascárate to take the lead 27-15 with fifteen minuts to play.

World Rugby Hall of Famer Felipe Contepomi’s team was unable to close the game or keep the Eagles far from their try line and number eight Cam Dolan scored six minutes from fulltime. USA sniffed the chance of claiming a draw and it was lock David Tameilau who in the last move of the game stormed in from close to score his second try of the game under the post.

The easy kick by Argentine-born Ben Cima sealed the 27-all draw.

The team failed to notice that this was their fourth try and as such earned them a bonus point. It was head coach John Mitchell, coming from the box that told them that it was them that were flying home with the trophy.