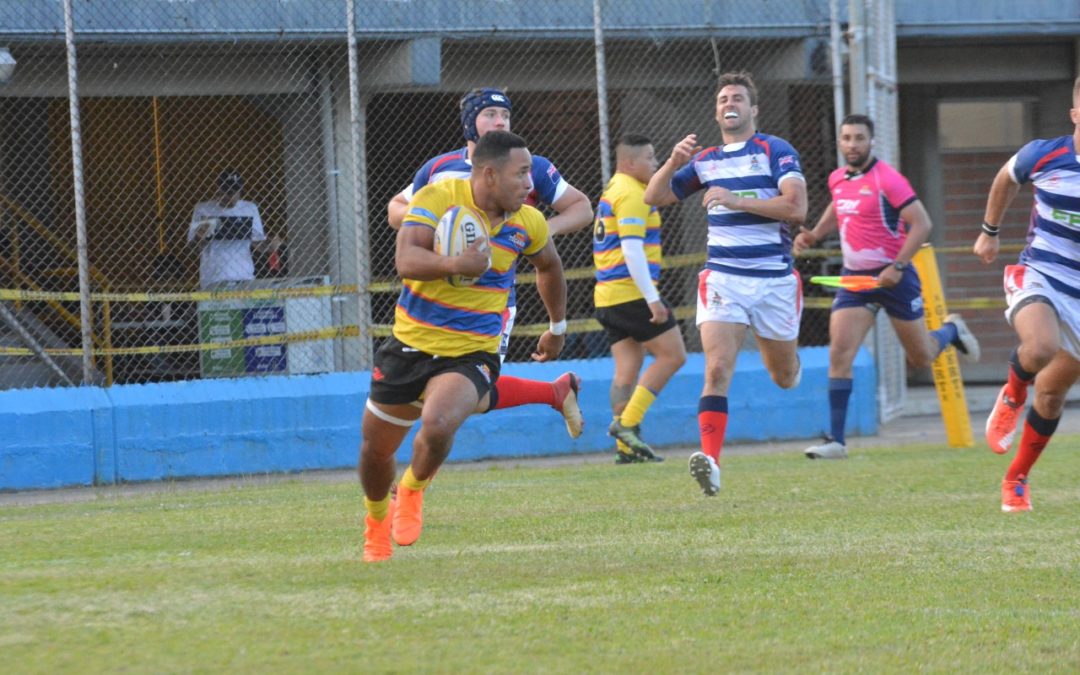 Colombia begun their defense of the Americas Rugby Challenge (ARCh) in style today with a convincing win over the Cayman Islands. Los Tucanes were 83-6 winners at home in Medellín.

The match was the third of the day and the second ARCh fixture. The first match saw Mexico beating Paraguay for the first time while the second saw Colombia’s women’s test team also making history as they defeated Brazil.

Los Tucanes began strongly against the Cayman Islands. They would be awarded an early penalty try and see Juan Dávila crossing to establish a 12-0 advantage. The boot of Morgan Hayward saw the Cayman Islands responding. With two penalties the deficit was quickly halved.

The Cayman Islands had not only opened their account but they were able to match Colombia until the 30th minute mark. Thereafter it changed as Colombia took control as Alejandro Navarro scored one try and Arley Urrutia two. With it Colombia was ahead 31-6 at half time.

The second half saw both Dávila and Urrutia scoring further tries and Alejandro Vanegas bagging a second half double. In total Los Tucanes would run in seven second half tries with fullback José Manuel Diosa finishing the match with 16 points from the boot.

The match is, in theory, the toughest of the ARCh for debutants, the Cayman Islands. For Colombia the opposite is true. Both will return to the field on Wednesday in the second round of the competition. Colombia will take-on Mexico while the Cayman Islands are to be up against Paraguay.