Charity Williams: ‘The most important thing is people are talking’ 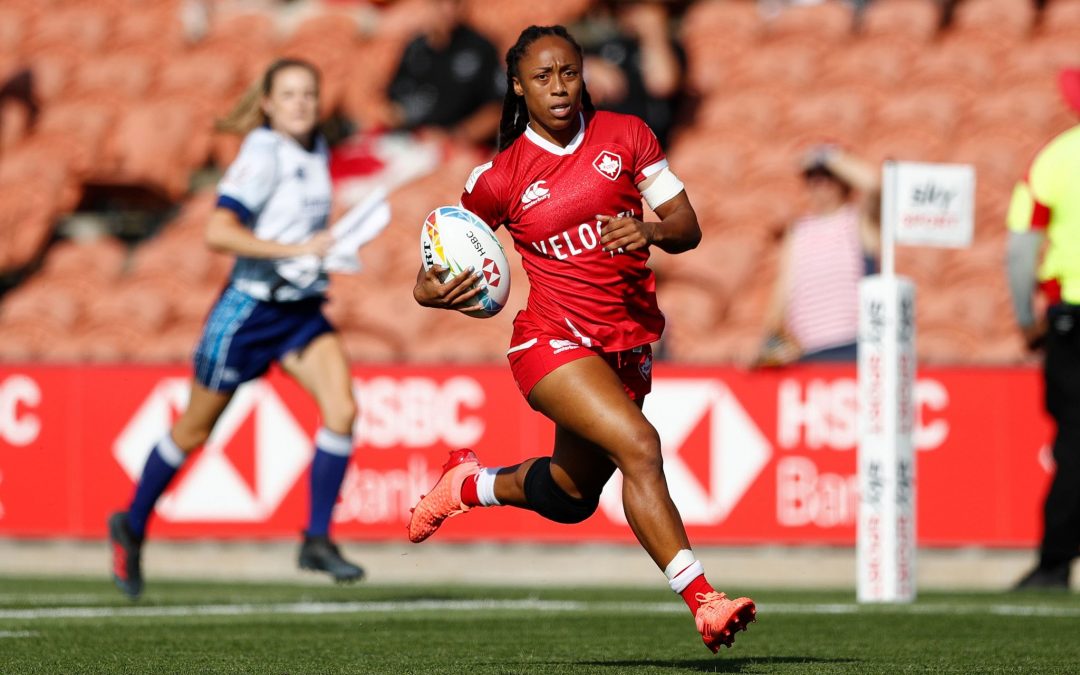 Charity Williams is used to making telling contributions in front of packed stadiums, but nerves surfaced as she addressed an audience in Victoria, British Columbia, earlier this month.

Williams had been asked to speak at the Peace Rally for Black Lives by her Canada team-mate, Pam Buisa, who was one of the key organisers of the event.

The 23-year-old Olympic bronze medallist admits she had not made many notes prior to taking the microphone in front of 9,000 people in the city’s Centennial Square.

But with thousands more listening online, Williams spoke from the heart and detailed a childhood in which her “happiness was stripped from me” due to the pernicious impact of racism.

“It was a little scary. I mean, I was definitely nervous,” Williams told World Rugby.

“I remember getting the mic and I looked out into the crowd and I couldn’t see a single face because I was just so scared.

“I didn’t really write anything down. I just kind of spoke, and as well as things were [and] as nervous as you are, you have a message that you want to share.

“And so the more you speak and the more vulnerable you are, it kind of gets easier to spread that message regardless of how many people are watching.”

‘HOPEFUL FOR THE FUTURE’

Williams has experienced a “really positive” reaction to her speech in Centennial Square, with old friends and strangers alike reaching out to share their support.

“I think that itself is just so amazing,” she said. “It’s so hard to share your truths to people, especially thousands. And to hear that people were actually listening and want to do better by that just makes me very hopeful for the future.”

As the only black member of the Canada Women’s team that finished third at Rio 2016, Williams admits that she felt isolated at times before Buisa joined the team.

But through rugby she has found a community in British Columbia, and the 23-year-old believes the sport can be a force for positive change.

“The most important thing is that people are just speaking in general,” Williams explained.

“We need to communicate with each other in different ways that go beyond sport. And I think rugby’s a big one, because it’s such a fast-growing sport and there’s so many people coming into it, that I think we have a really big opportunity to just educate each other now, while the sport’s just growing.

“So that when it’s at its full potential, there won’t be much discrimination or prejudice or whatever it may be.”

Williams is keen to be part of the solution and has been working with Rugby Canada CEO Allen Vansen on the organisation’s anti-racism policy.

Last Thursday, Williams convened a committee featuring five of her team-mates, both male and female, to provide a voice for Canadian rugby players from black and minority ethnic black (BAME) backgrounds.

“I think that things are moving in the right direction,” Williams added.

“We’ve been speaking maybe once or twice a week for the last little while. And just trying to — which I think is their best option — listen to the voices of their athletes.”

Williams’ involvement in the Black Lives Matter movement has come at a time when she has had to adjust to the ‘new normal’ instigated by the global COVID-19 pandemic.

Canada’s players were able to return to team training last week, but restrictions remain in place to stop the spread of the virus.

The players who reconvened would have expected to be starting preparations for the Olympic Games in Tokyo following a full World Rugby Sevens Series season.

Williams admits it can be hard to stay motivated when there is no fixed date for your next tournament. The fact Canada had been in such good form — in Sydney, the team earned a third final appearance in four World Series events — ahead of lockdown only exacerbates that feeling.

“I think we were definitely peaking,” Williams said. “If things had gone, you know, in our favour, in the world’s favour, we would have probably peaked just in time or just before the Olympics.

“And I think it would have bode really well for us.”

The challenge now facing Canada is maintaining that form ahead of the rearranged Games next July and August.

“I am actually very confident in our team, we have always risen to the occasion,” Williams concluded.

“We have to all dial in at the same time and be there and show up every single day, and I think that nothing will hold us back because we are a very talented team.

“So, yeah, I definitely think we’ll be OK. I honestly think that we will do really well at the Olympics just from the way we finished off this last season.”