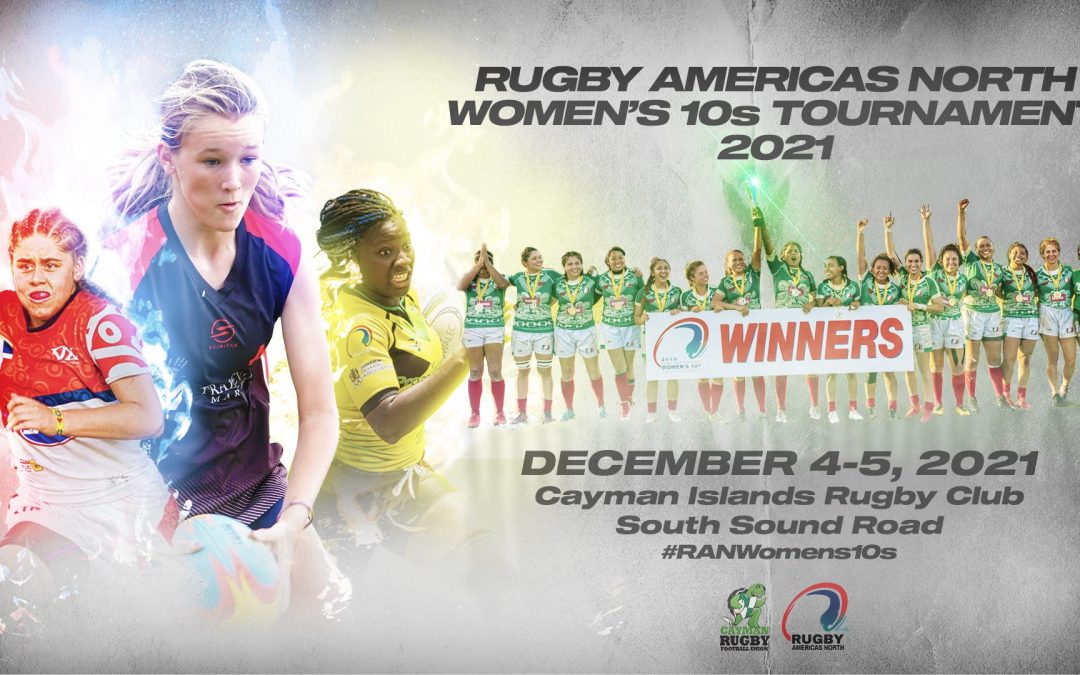 RAN’s Women’s 10s tournament remains an important development tool for the women’s game around the region. Heading into its fifth year, the number of teams competing, and the caliber of play continues to increase.

In 2019, the last time the tournament was held, Mexico defeated Jamaica to lift the tournament trophy as champions at Bellevue Plantation and Polo Club in Barbados.

With a picturesque field and clubhouse and high levels of vaccinations across the island and plenty of accommodations for teams and tournament organizers, Cayman Islands is the ideal location for the second event in RAN’s 2021 calendar, after return from the global pandemic.

Prior to COVID-19, CRFU hosted the 2019 RF Group RAN Sevens, which acted as a qualifier for the 2020 Tokyo Summer Olympic Games. Before 2019, CRFU has hosted the 2013 RAN Sevens, the 2011 RANs U19s and Women’s 15s, Rugby World Cup Regional Qualifiers, and several Men’s International 15 a-side matches at the Truman Bodden National Stadium.

A perfect mixture of the two classic styles of rugby, 10s is a popular variation of the game played around the world. Teams may travel with a roster of up to 18 players, with five forwards and five backs on the pitch at all times. Matches consist of two 10-minute halves, with teams playing up to three games per day and two game days in total.

“RAN is excited to host its annual Women’s 10s tournament at Cayman Islands Rugby Club as part of its return to rugby plan from COVID-19.

“Having hired a full-time Female Rugby Manager and grown their domestic women’s competitions considerably in recent years, CRFU continue to be one of the leading unions in the development of the women’s game in our region.

“Similar to our other recently announced international tournaments, we will be following strict COVID-19 protocols set forth by World Rugby, RAN and the Cayman Islands government in the lead up to and during the tournament to ensure player, staff and volunteer safety.”

“We are thrilled to be chosen to host the Rugby Americas North Women’s 10’s tournament this December. To be able to bring RAN international rugby back to Cayman is amazing news for the growth and development of the girls and women’s game here in the Cayman Islands, and across the whole RAN region.

“We cannot wait to have the players, coaches and supporters descend to Grand Cayman for what will be an exciting, exhilarating display of women’s rugby,”