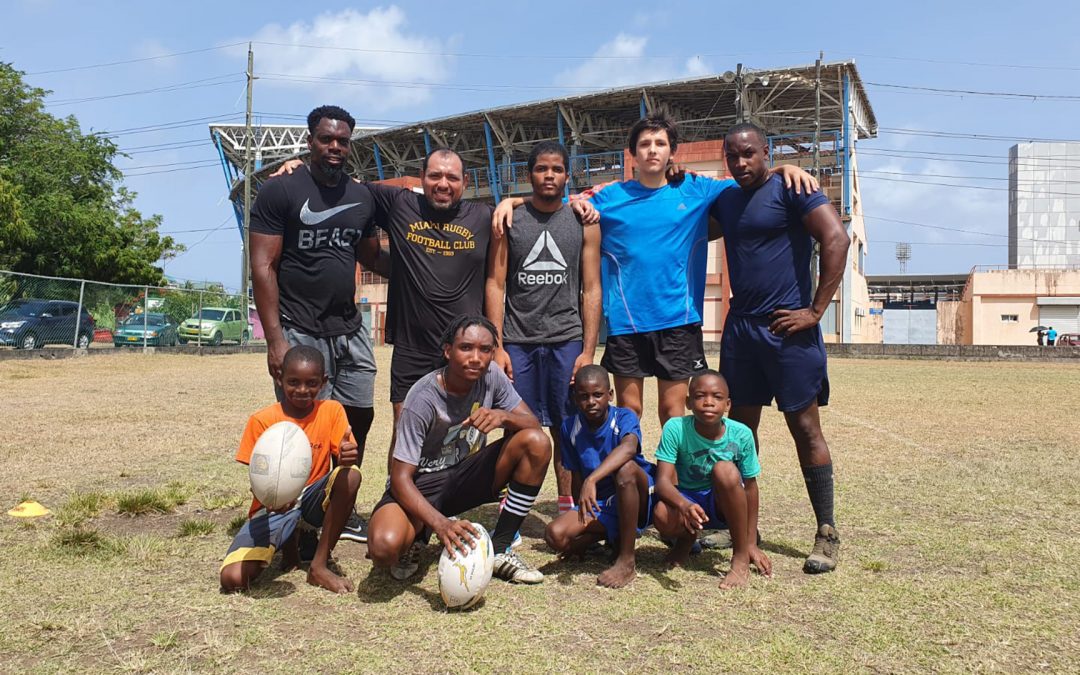 Carrim Browne is a man on a mission.

A mission to grow the sport of rugby in Grenada, Carriacou, and Petite Martinique into becoming a force to be reckoned with in the region and beyond.

Not only is 32-year-old Browne the Acting President of the Grenada Rugby Union, he is also the Acting Secretary, Acting Vice-President, and Acting Treasurer. Not to mention, a national 7s player.

It’s safe to say that before last year, any rugby activity in Grenada was minimal, if any. However, with Carrim’s determination, Grenada Rugby is now gaining serious momentum and is looking to emerge onto the international stage in the not-too-distant future.

Although he is currently residing in the USA, Browne says it has been the collaborative effort of a team of passionate supporters on the ground which has been pivotal in the recent developments of rugby on the island and that will continue to push it forward to realize their vision. 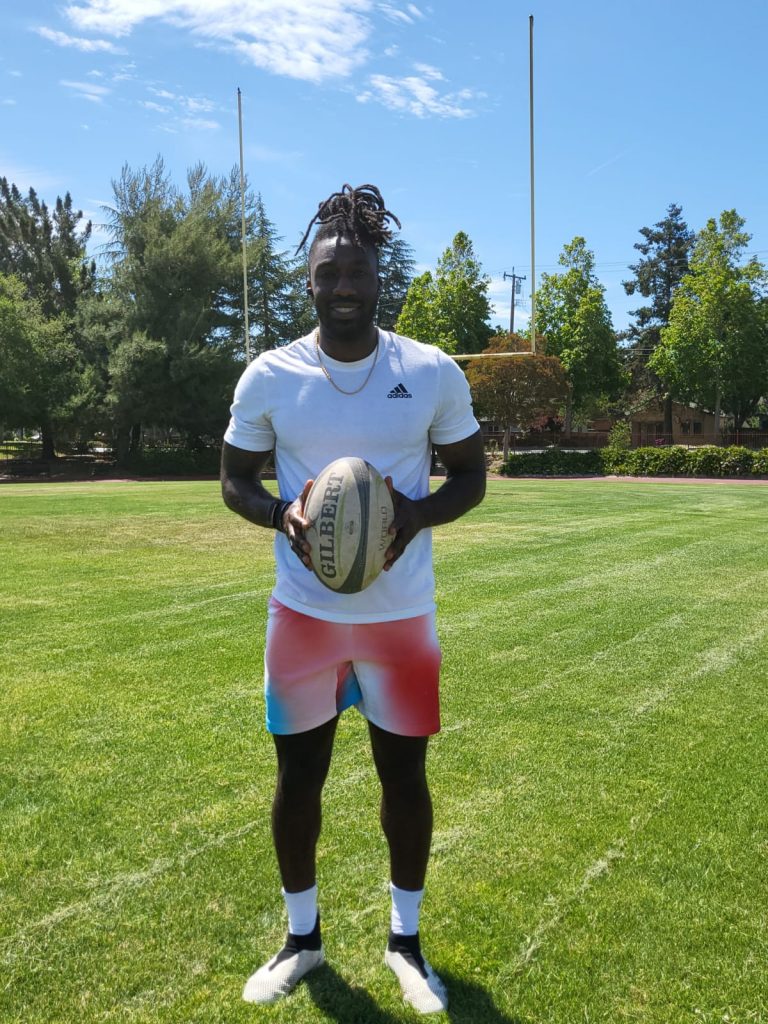 Born to a Grenadian mother, Carrim spent his early childhood in Grenada before moving to the USA.

Originally a football player and a track and field athlete, it was not until he was 24 years old that he was introduced to rugby by his little brother.

“I went out and watched him play at the Las Vegas 7s,” he says. “That is what began my interest in the sport.”

However, Browne did not go on the play until two years later in 2016, when he graduated from college and was looking for something more in his life.

“I saw that rugby could offer me that,” he says. “So, I started playing with the University of Kansas Club side.”

It was then in 2017, when Carrim went on tour to New Zealand, that he says he really fell in love with the game.

“I got to watch the All Blacks play and tour around to see all kinds of different world-class matches,” he says. “In a short period of time, I was able to get involved in the rugby culture which ignited the fire even more within me.”

Once he returned to the USA, Browne began playing for the Orlando Griffins in Florida, where he continued to play for four seasons.

“That level of rugby was ok for awhile, but I am a highly competitive person and I again wanted more,” he says. “So, I started seeking out more high-level rugby opportunities – that is what led me to Grenada.”

Carrim says he had been watching RAN tournaments over the years and looking for teams from Grenada but never saw any.

“I kept wondering why we weren’t there,” he says. “I knew we had high level athletes on the island, but there was never any visible team internationally. I knew there was an opportunity there for me to make a difference on a whole new level.”

It was then in May 2021, that Browne suffered an injury blow by rupturing his Achilles and the idea of rugby in Grenada again popped into his mind. So, he began asking questions to see how he could get involved.

“When I got injured, I realized that obviously I am not going to be able to play rugby forever,” he says. “It gave me a lot of time to sit back and reflect on what I wanted to do after my playing days. I decided the time was now to start laying the foundations for rugby in Grenada.” 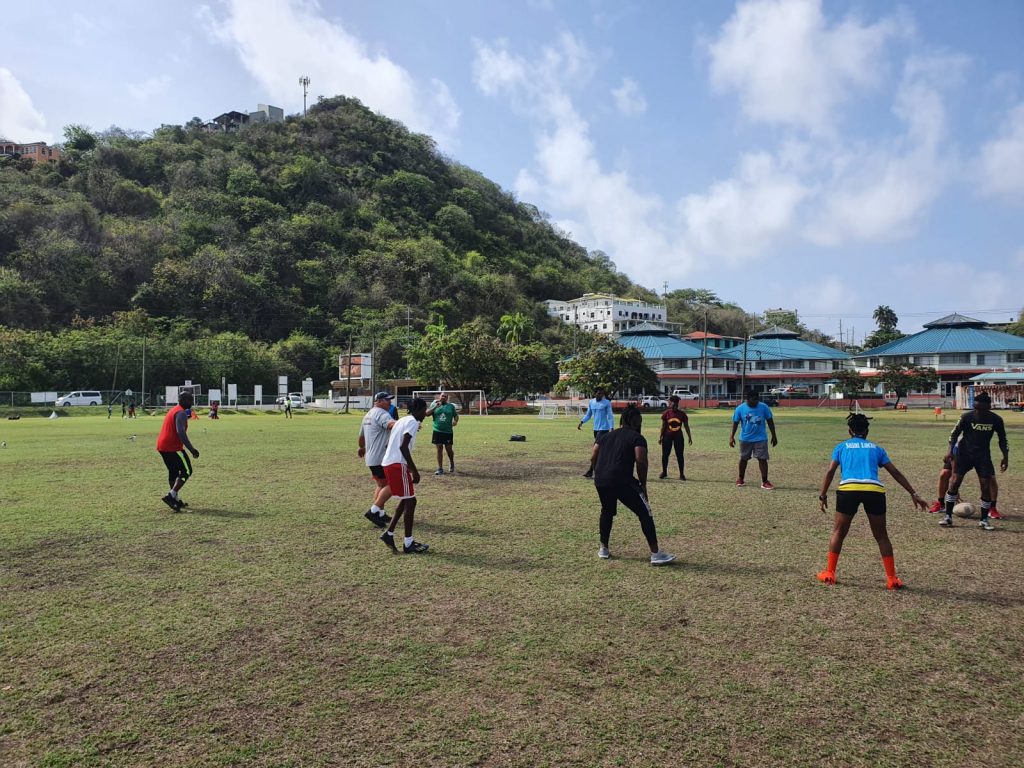 Browne says he began researching rugby on the island to learn more however he could not find anything about the history of rugby in Grenada.

“There was not really any significant evidence of rugby in Grenada,” he says. “There was no national representation that I could see, and rugby did not seem to be something that was really talked about. So, I decided to start the conversation.”

It was in late 2021, that Carrim went about heading up discussions surrounding establishing a union on the island. Browne says Grenada then began its talks with RAN representatives about the plans to push forward with their initiatives, with RAN offering full support, guidance, and talks of future development visits and training opportunities.

“We are still in our very early stages of development,” he says. “We don’t have a national team yet, but we have started training sessions and there has been a lot of interest and steady progression. Even to just get rugby being played and people out there mingling and talking about it, is bringing the awareness we need and letting things grow naturally.”

Browne also says getting rugby into local schools is a top priority.

“From a development standpoint, it’s essential,” he says. “Looking into the horizon, getting rugby into the schools will be a critical element in expanding our player pool. We are currently working with Ministry of Education to try to get it introduced into some schools hopefully by next term.”

Carrim says part of the Union’s development plan is to also launch the Tag X non-contact Tournament platform in Grenada within the next few months.

“We want to introduce the sport without people having the make the jump to playing contact,” he says. “We really want the entire community to get on board and we feel like bringing Tag X will help soften the image of rugby and get more people involved.”

Browne is also looking at getting international tournaments to be played on the ground in Grenada to highlight the island as a rugby nation and sports tourism destination, and generate more interest locally and overseas.

“We are making positive steps to get the awareness out there,” he says. “Our Ministry of Sport, Olympic Committee, and Tourism Board are all in the loop now, so we are hoping to make big strides forward with that in the latter part of this year.” 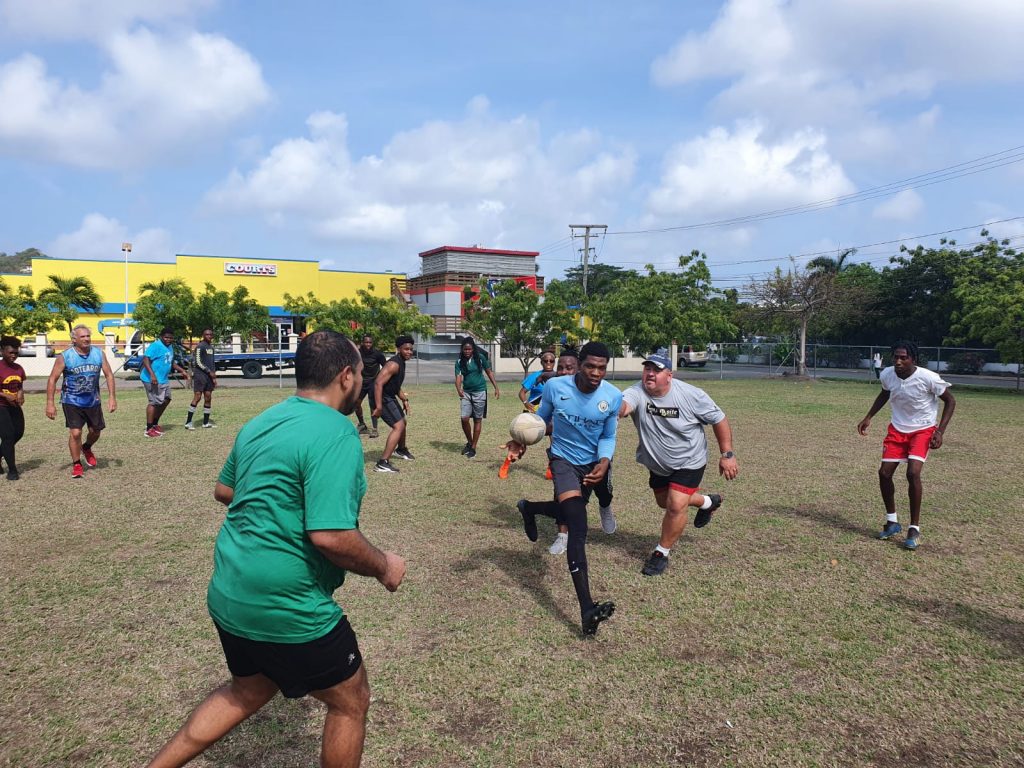 At present, Carrim remains fiercely committed to the cause and is determined to see rugby in Grenada reach higher heights than ever imagined.

“Straight up – I want Grenada Rugby Union to be the most dominant union in the Caribbean region,” he says. “I fully intend to put all my energy, resources, connections, and expertise into making that happen. And, I believe it can happen. Being a small nation is not a stopping force – rugby is the type of sport where small nations do have a chance.”

Browne says his dream is to see Grenada competing against the ‘best-of-the-best’ and making appearances at world-class events like the Commonwealth and Olympic Games.

“It is my full intention to make that happen for team Grenada,” he says. “More broadly, I would love to see the region have our own kind of HSBC Series where our Caribbean nations have the opportunity to play competitively consistently throughout the season and at a higher standard.”

He says not only would this lift the standard of rugby locally in Grenada, but also within the region as a whole.

“We should be spending the time, energy, and resources to put the infrastructure in place to do that as a region,” he says. “I believe that can happen. And it should happen.”

In terms of 15s, Carrim says he would ideally like to see a West Indies Barbarians Team evolve.

“When it comes down to it, all I really want is for West Indians to have the same opportunities to play rugby as the rest of the world,” he says. “This is what drives me in my work with Grenada. And, while I seem to have the most outspoken fire and passion for it, I have to give a shout out the entire team – without the dedication of the team on the ground in Grenada, none of this could have ever happened. We are looking to the future with much hope and excitement!”