Carpenter: We aspire to win out in USA v Canada rivalry 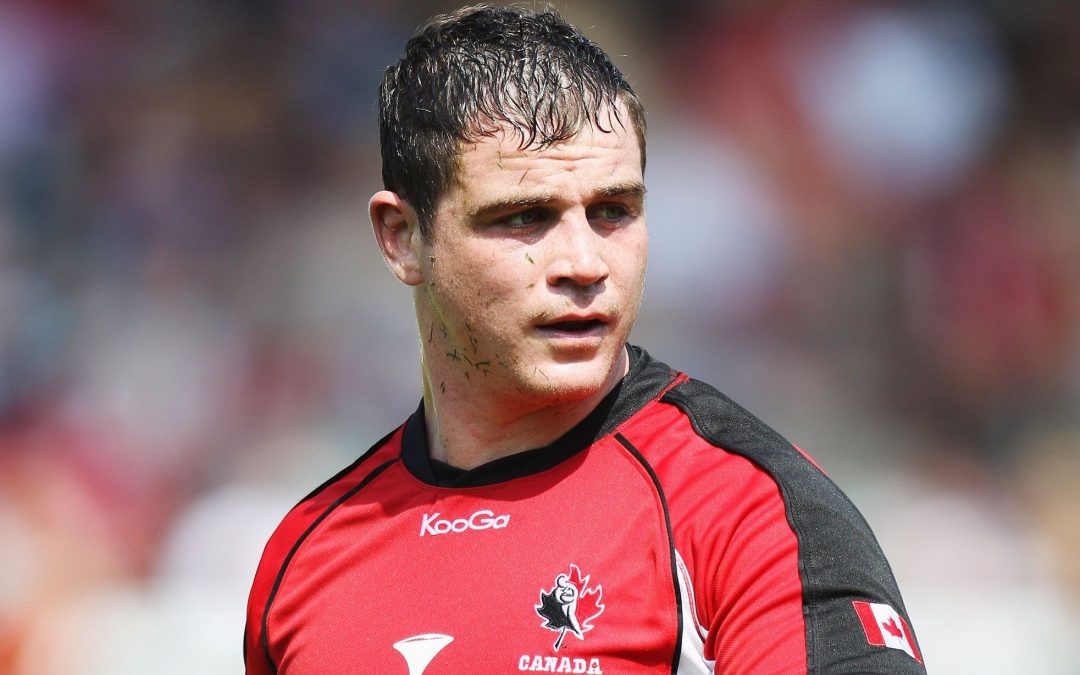 The USA and Canada are very similar in many respects, including the same level of desire to win whenever they meet on the rugby field. We talk to former captains, Aaron Carpenter and Blaine Scully, about the great North American rivalry.

The rugby rivalry that exists between the USA and Canada may not stretch as long as the 9,000km border that separates the two great countries but it’s right up there with the most intense in the international game.

Dating back to 1977, USA and Canada have faced each other 63 times with the Canucks leading the head-to-head 38-23 with two draws thrown in for good measure.

While neighbourly bragging rights make the fixture keenly contested in its own right, the fact that often Rugby World Cup qualification is also on the line only adds to the sense of occasion.

Former hooker turned number eight Aaron Carpenter led Canada to a 27-9 victory in Charleston in August 2013, which went a long way to securing the Canucks their traditional Americas 1 slot at Rugby World Cup 2015.

The 37-year-old, now assistant coach of MLR outfit Toronto Arrows, says the atmosphere that day was right up there with the most passionate he’s experienced in his record 17 appearances in the fixture.

“The first cap is the sweetest victory but that’s a close second,” Carpenter admitted. “On the day everything was coming up against us. During the rendition of the Star Spangled Banner, they had a bunch of bombers flying overhead. It was an intimidating atmosphere, and it was muggy and hot, but everything kind of just fell in our favour. Phil Mack scored an amazing individual try with a chip and then the momentum was with us.”

Canada won the return leg 13-11 to triumph 40-20 on aggregate and take the automatic route through to England 2015.

But the tables were turned on them for the next tournament, the Eagles qualifying instead as Americas 1 for the first time in history following a convincing 52-16 second-leg victory (80-44 on aggregate) in the 2017 doubleheader.

“A big regret of mine is that the last time I played them, we lost that position (Americas 1), which had never happened before, but it is what it is,” he reflected.

“World Rugby has just come out with the qualification process for 2023, and that’s our challenge looking forward.

“Hopefully, we can do the job this time, and beat the USA. But it is not a two-horse race anymore. Uruguay is an excellent rugby team, as they showed at the World Cup, and we have to keep our sights on them as well.”

A dislocated elbow while playing for Cardiff Blues in the PRO14  meant Blaine Scully did not play in either of the historic RWC 2019 Americas 1 qualifiers.

But, as water carrier for the day, he was there to share in the unadulterated joy of his team-mates.

“There is no extra motivation needed when you pull on your country’s jersey and then to play Canada and to do that in a context of qualifying for a World Cup, it really doesn’t get better than that,” the wing/full-back said, looking back on the momentous day.

Ultimate respect for Canada’s border rivals is an overriding feature of the conversation with Carpenter, and Scully, the Eagles’ captain at RWC 2019, is no different when discussing the topic.

“As intense as it is, we always have a begrudging respect for each other. There have been a number of outstanding Canadian players throughout the years, people like DTH van der Merwe and Jeff Hassler in the backs and Aaron Carpenter and Tyler Ardron in the forward pack. Then you go all the way back to their history with Gareth Rees and Al Charron and the outstanding team that made the quarter-final of a World Cup (in 1991), which is a pretty big deal.”

Scully endured five straight defeats early in his career, when the Canadians held sway, but the sea-change in the respective countries’ fortunes coincided with a run of eight consecutive wins.

Now retired, Scully looks back on the 38-35 World Rugby Pacific Nations Cup win in 2014 as one of the most cherished moments of his 54-cap career.

“For my first couple of years there were a couple of close matches, but we could never quite get over the hump, and they asserted their dominance over us.

“Thankfully, from our perspective, that changed in 2014 in what was one of the crazier matches I’ve ever played in, in my hometown of Sacramento,” said Scully, who grabbed a brace of tries before Brett Thompson scored what turned out to be the matchwinner.

“It was back and forth, and there were some pretty incredible points swings and we eventually pulled the game out of the bag in the 82nd minute, and we haven’t really looked back since.

While the USA Eagles have largely gone from strength to strength, once climbing to an all-time high of 12th in the World Rugby Men’s Rankings in 2018, the Canadians have fallen from previous heights and are now outside of the top 20.

Carpenter would love to see both countries flying the flag for North America in the future, not one experiencing success at the expense of the other.

“Like it is with Australia and New Zealand and England and Wales, they are our next door neighbour who you constantly measure yourself against,” said the Ontario native.

“In the latest iterations, they have come ahead of us. They have put in some really good coaches, some of the best in the world and have taken their programme forward and really start to improve in a lot of aspects. They have 12 professional teams in MLR compared to our one.

“They’ve always had three or four overseas players, like Chris Wyles, who made an impact. What they are doing now is building those USA athletes into good rugby players and putting good coaching behind it which is allowing them to be successful.

“We always want to test ourselves against them and have that rivalry, but we want to grow with them. If we are constantly pulling each other down, it is not going to help us grow. The top teams in the world all work together with a great deal of collaboration to keep getting better, and I think we have to do the same thing.

“It is sad to see the situation we find ourselves in,” he admitted. “From a coaching aspect, I am still trying to affect that scenario, to get the jersey back to where it should be. We shouldn’t be 23rd in the world, we should be 13th, 14th or 15th in the world, that’s where our rightful place is.

“We are not pulling our weight with the rivalry and are moving in the opposite direction to them. We need to aspire to go higher and get Canadian rugby back to where it needs to be in the world rugby landscape.”