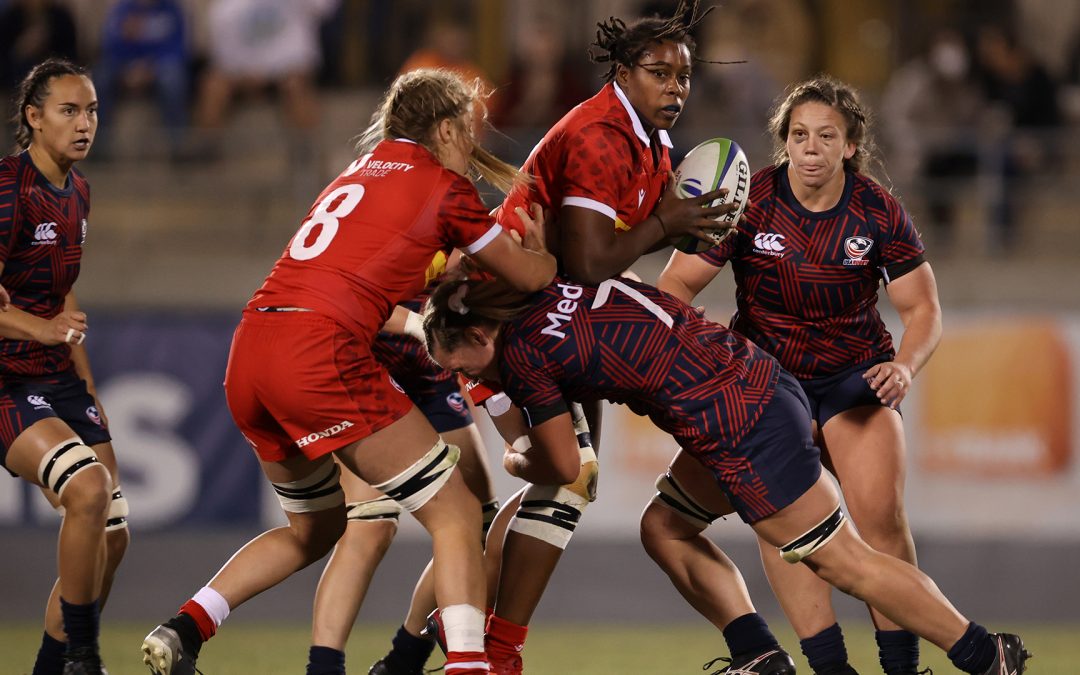 Whenever sides who are number three and number seven in the World Rugby Women’s Rankings powered by Capgemini respectively meet in any sport there is sure to be fireworks – and we can all look forward to two mouth-watering encounters between Canada and the USA in terms of women’s rugby in the coming months.

Next month the two squads will be in New Zealand playing in the Pacific Four Series alongside the hosts New Zealand and Australia.

And then, in October and November, they will be back in the same country along with 10 other squads battling it out in Rugby World Cup 2021.

For supporters of Canada and the USA, the two dates they have circled in their calendars for a while are Monday, 6 June and Sunday, 23 October.

Those are the dates that the two countries will meet in both competitions and, to make sure you do not miss out, you can get your tickets here .

The Pacific Four Series clash is first up and will take place in Tauranga Domain, Tauranga.

Given they are currently number three in the world, Canada will go into that one as favourites, but the USA are building nicely ahead of that one and it should be a fascinating contest.

NOT MUCH BETWEEN THEM LAST YEAR

The two sides met twice in the Pacific Four Series 2021 when Australia and New Zealand did not take part.

In the first game at Infinity Park, Glendale, on 1 November, Canada just managed to come out on top 15-9.

Renee Gonzalez, making her international debut on the wing, opened the scoring for Canada in the 18th minute with a neat finish in the corner.

Fly-half Megan Foster then kicked a penalty for the home side before, in the lead up to the break, a neat dummy from experienced back-row Karen Paquin saw her score Canada’s second try.

Sophie de Goede, an early replacement in the back-row who was later named Player of the Match, converted and they led 12-3 at the interval.

A pair of Foster penalties made it 12-9 and it was ‘game on’ before De Goede added three points of her own with 20 minutes to go and then Canada held on.

After the game, Canada captain Olivia DeMerchant, who was playing loose-head prop, said:  “It’s really great to be on the field again together.

“I think we started strong, we finished strong, the subs came on and they really lit up the field and held their own, so it’s really great to see.”

In the second of last year’s Pacific Four Series meeting a few days later at the same venue, De Goede was again the catalyst for a Canada win as she scored 11 points to help her country to a 26-13 victory.

“It’s absolutely amazing to be back with the team, we’ve spent a long time apart,” Canada captain and hooker, Laura Russell, remarked post-match.

“We had some things to work on, we wanted to come out hard and flying and we tried to do that.

“We’re proud that we gritted it out and took home the win.”

That second game saw cards handed out to both sides and was a bit more feisty than the first meeting – and with the stakes going to be raised even higher at Rugby World Cup 2021, discipline will be key when they face each other again in Pool B on 23 October in the Waitakere Stadium in Auckland.

By then both countries will have played USA and Japan in the pool phase and will know what they have to do to progress to the knock-out stages, which will heighten the atmosphere and tension even more.