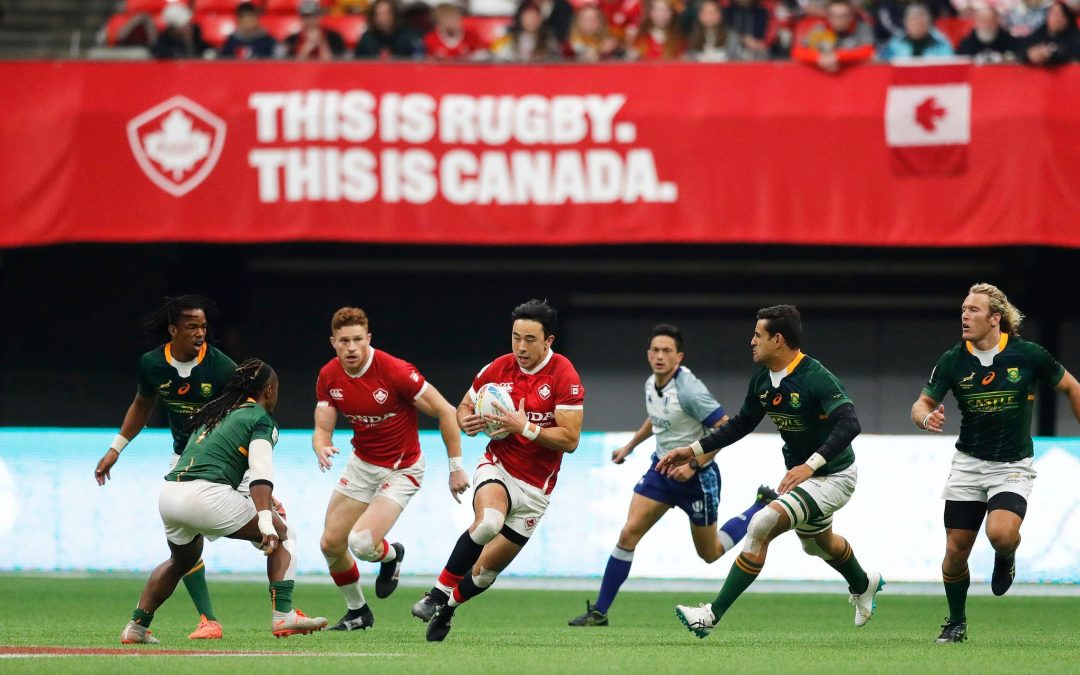 It would be fair to say the global shutdown brought on by the ongoing COVID-19 pandemic could not have come at a worse time for Canada’s men’s sevens programme.

Having secured Olympic qualification for the first time in July, 2019, the team appeared to be making encouraging progress on the HSBC World Rugby Sevens Series.

At their home event at the beginning of March, 2020, Canada beat South Africa for the first time in seven years en route to third place — the team’s highest tournament finish since May, 2017.

But, within a matter of weeks, the country had closed its borders and Tokyo 2020 had officially been postponed, meaning the team’s Games debut would have to wait.

“It was really difficult, I think, for everyone,” captain Nathan Hirayama told World Rugby.

“I felt like, as a team, we were really making strides and gains in the right direction. We were on a good trajectory there for the summer. But, it’s the same for everyone and now we just have to do it all over again.”

On the past 12 months, head coach Henry Paul added: “It’s been challenging, as you can imagine.

“But, I think the best piece of advice I’ve ever been given as a player and as a coach, and what we’re trying to pass on in our environment, is that you can only control what you can control.”

During the country’s lockdown, Rugby Canada was able to supply its male and female players with equipment so that they could train at home.

Restrictions began to be lifted last June, enabling the squad to return to training in a controlled environment. The players have been back in full-time training since January, as they prepare for the rearranged sevens tournament at Tokyo 2020.

“Our doctors here and our staff have done a great job in minimising even false cases,” Paul said.

“If ever there was an issue, each programme was shut down, we would get that person checked, tested, and everything so far has been [clear]. Knock wood, we haven’t had a positive case in our playing group.”

Next month the team will take the field for the first time since they beat South Africa at the HSBC Canada Sevens when they play a series of games against local university sides and a Pacific Pride team coached by Canadian rugby legend, Phil Mack.

“It’s a really eager group to get out and play,” Hirayama said. “Usually this time of year is a really exciting time for the series because we’re kind of just rolling through tournaments now.

“So, it’s so different. We’re trying to make the training environment as competitive as possible so it’s [as] game-like as possible, so we’re getting those same kind of feelings out of practice.

“But, there’s nothing that really duplicates playing on the World Series or playing in these big events.”

Hirayama is one of the senior players in an experienced squad, the bulk of which went through heartache together in the qualifying campaign for Rio 2016.

Paul says the experience within the squad made it easier for him when he came on board as head coach in 2019.

But, both coach and player admit the team can take time to get going and concede that their medal chances are slim given Canada’s men have finished a World Series season no higher than eighth since 2014.

However, Canada will travel to Tokyo with hope. “I’m always an optimist myself, we can do it,” Paul said.

“I’ve got a really good, experienced team. They know a lot of those teams on the World Series inside and out.

“I don’t think there’s any teams around the world that wouldn’t want to have one or two of our players in their team because they’ve shown time and time again they’re world class.

“We want consistency from our squad across across the board, and we’ve got a few young guys in the squad as well that are challenging some of the older heads and just putting them on notice, which is really nice.

“You need competition and you need guys to be looking over their shoulder.”

Hirayama added: “The goal for all [competing nations] is to medal, and I think we all feel like we have an opportunity to, [because of] the nature of the game and things that have happened.

“In one-off tournaments, you just never know what’s going to happen. So, that’s where our mindset is at and definitely [the] things we talk about are putting ourselves in a position to do that.”