Busy November for teams in the ARC 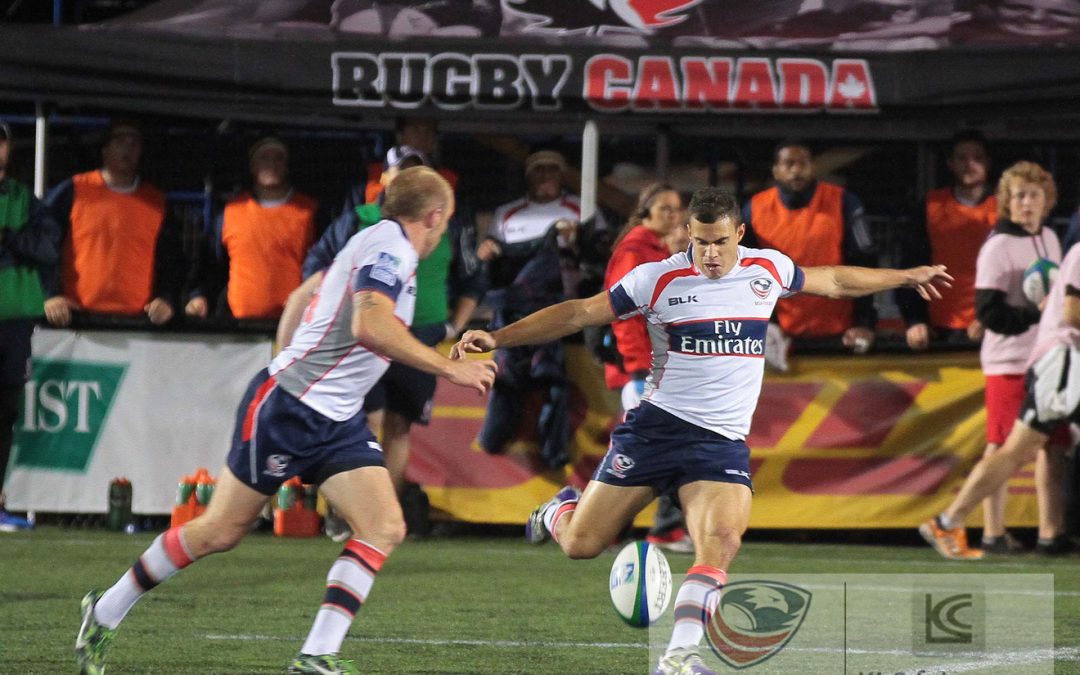 The Americas Rugby Championship’s six participating teams will have a busy international test window in November when they play a combined 17 full internationals in the continent, Europa and Asia.

After a successful inaugural tournament earlier this year, the national teams of Argentina, Uruguay, Chile and Brazil (from Sudamérica Rugby) and United States and Canada (representing Rugby Americas North), will continue to showcase the growth they are enjoying ahead of Rugby World Cup 2019 in Japan.

With regards to the game’s top tournament, only Argentina has already booked a place for Japan 2019. The importance of high-level competition is thus crucial allowing teams to reach the qualifying rounds at their peak. America has two places; a third team from the continent will compete in the final repechage tournament to decide the 20th team for Rugby World Cup 2019.

The international window will open in Chicago, The Windy City, with an unforgettable double-header weekend: on Friday 4th, at the Toyota Park, the USA Eagles will play against the Maori All Blacks and on Saturday 5th, the All Blacks will again play at the famous Soldier Field: this time against Ireland.

That same day, at the Prince Chichibu Memorial Rugby Stadium in Tokyo, Los Pumas will return to Japan for the first time since 1998. The second Saturday in November will have five of the six America’s teams playing internationals.

Argentina will be in Cardiff to play Wales at the renamed Principality Stadium and Canada will visit Dublin’s Aviva Stadium to play against Ireland. USA will travel to Bucharest to meet the Romanians whilst Uruguay will have their first ever test against Germany at the Frankfurter Volksbank Stadion, in Frankfurt.

Finally, on Sunday Chile will host, in an historic series, the South Korean national team in Santiago.

Brazil will join the test window on Saturday 19 in their first-ever European tour. They will play against Germany at the Fritz-Grunebaum-Sportpark, in Heidelberg, the first of two tests against the same opposition, in consecutive weekends.

In a weekend in which the six American sides will be involved in the test arena, Argentina will travel to Edinburgh to tackle Scotland, USA will meet with Tonga at the Estadio Anoeta, in San Sebastián, and, also in Spain, Uruguay will play against Los Leones, the Spanish national XV. In the Stadionul National Arcul de Triumf of Bucharest, Canada will play against Romania and Chile, at home, will finish the season with the second of two games against Korea.

Activity will be reduced to four ARC teams in the final weekend of November as Canada travels to the Stade des Alpes, in Grenoble, to tackle Samoa on Friday 25th in what will be their last test before the start of next year’s Americas Rugby Championship. Los Teros will return to a test venue they’ve played a few times over the years: Stadionul National Arcul de Triumf where they will play against Romania. Also, Os Tupis will finish their series against Germany at the Bruno-Plache-Stadium in Leipzig. Argentina will finish their long, thirteen-test season at Twickenham against England.

December will have one international and that is Brazil traveling to Portugal to play against Os Lobos at a venue to be announced.

Agustín Pichot, Chairman of Americas Rugby, said: “America is growing and the busy November window shows that our teams are on a clear upward pathway. Coaches and players now have more competition and with this the standard will continue to grow. The inaugural Americas Rugby Championship was clear proof of the potential of these six teams; after the experience gained in all of 2016, I can only imagine next year’s ARC being bigger and much better.”

With regards to the appeal of the ARC, Greg Peters, Chairman of the Advisory Board, from the Unión Argentina de Rugby, added: “There is clear interest from broadcasters and we are close to finalizing the details of what will be a great tournament. Having already announced the match schedule has given unions and teams a clear goal. November will be important for coaches to develop their players. As expected, the ARC will grow exponentially from what was already a very successful inaugural tournament.”

A broadcasting deal is soon to be announced. The Americas Rugby Championship 2017 will start on Saturday February 4th and conclued five weekends later, on March 4th. Defending champion is Argentina XV.

The full November calendar for ARC teams is: