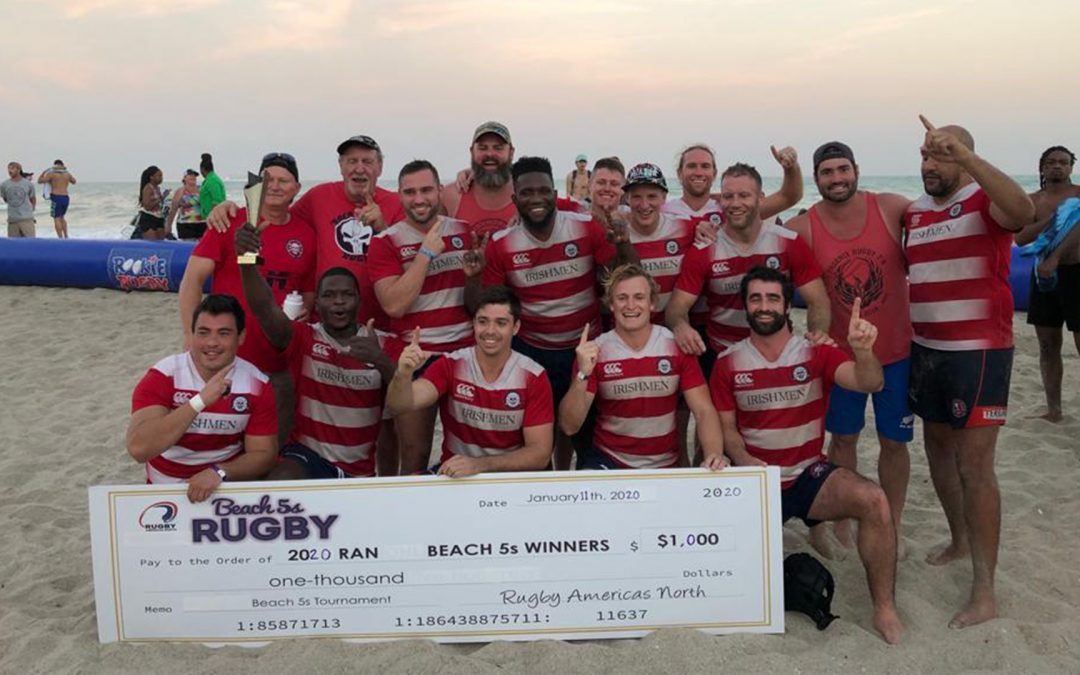 Hollywood Beach, FL – As we fast approach the start of the RAN Hollywood Beach 5s Tournament next month, Florida’s Boca Raton is getting ready to kick 2022 off with a bang.

After a two-year hiatus, the popular RAN Beach 5s (in partnership with USA Rugby and the Florida Rugby Union) will return on 8th January for the third time, attracting not only teams from all over North America and the Caribbean, but thousands of spectators keen to enjoy the festival-like atmosphere and of course watch a game or two of beach rugby action.

Head Coach for Boca Raton Men’s Rugby team, Eyal Hakim, says having been involved in both previous RAN Beach 5s (and having won it last year) he is looking forward to next year’s event which will comprise Men’s, Women’s, and Age-grade divisions.

“It’s a fun social kick-off to our 15s season,” he says. “We want to compete against international teams to see where we are standing in the level of competition, and what better way than a more unconventional game of beach rugby?”

For Boca Raton player Emosone ‘Emo’ Sergile, the RAN Beach 5s is also a significant milestone, as he fights his way back to fitness from a torn Anterior Cruciate Ligament (ACL) in 2020. 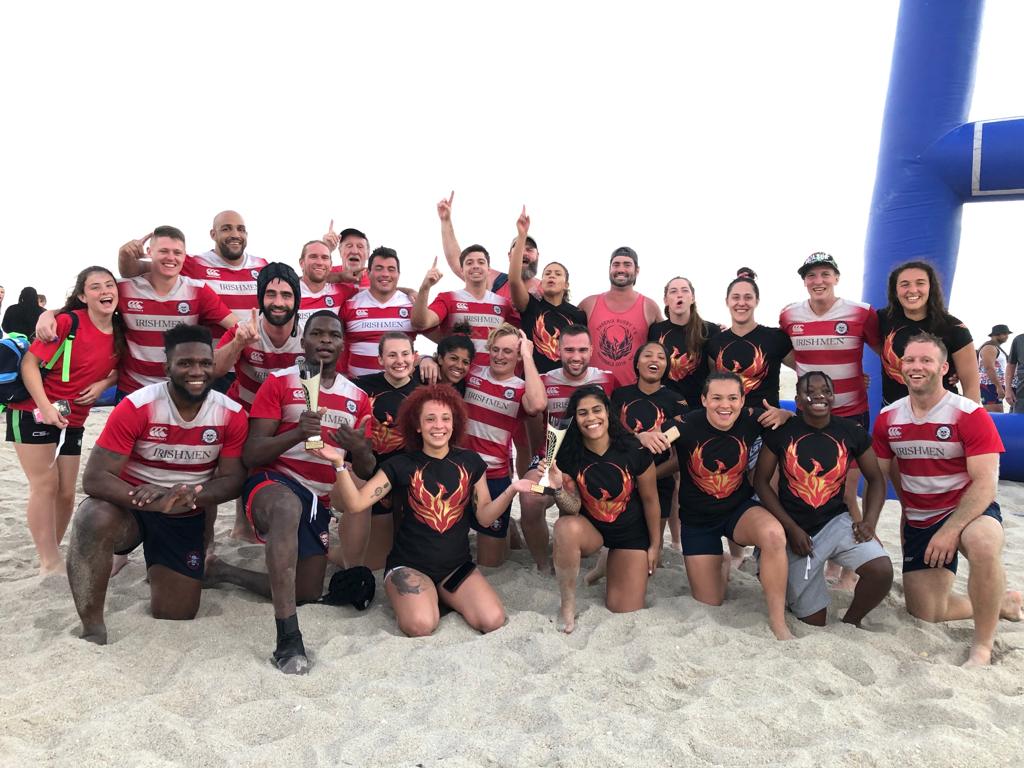 Getting ready for the beach!

As Boca Raton get ready for next month’s tournament, Hakim admits given the recent global COVID-19 climate, the team’s preparation has been fairly minimal.

“We are also a 15s club so we tend to practice in the 15s, then we just bring out specific players and skillsets to play in the 5s,” he says. “We will do one quick session before the Beach 5s to get everyone’s feet under them on the beach, but that’s probably it.”

Eyal says his team love to play the RAN Beach 5s because of the social atmosphere and the energy of the crowd, which makes it such a unique event.

“Because it’s right in the middle of Hollywood Beach there’s always a certain vibe and a level of excitement to it – even non-rugby fans will stop to have a look at what it’s all about,” he says. “From a rugby standpoint, there’s no rucking and everything is slowed down which makes for a fun game and it kind of neutralizes the playing field for everyone. It’s quite different from ‘business as usual’ from many angles.” 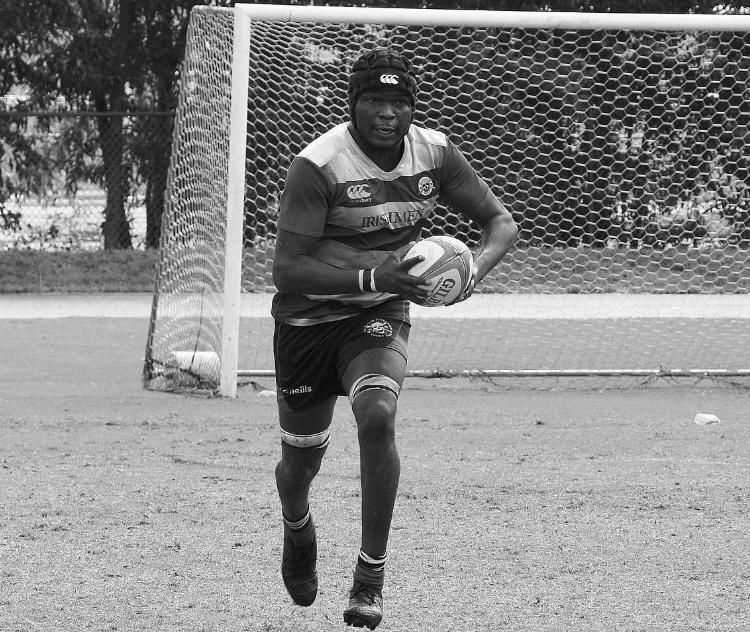 Coming back stronger for the sun and sand …

Having started playing rugby in 2011, 34-year-old Boca Raton veteran Emosone ‘Emo’ Sergile says he still loves the game as much as the day he began and remains notoriously competitive. However, his playing career came to a screeching halt in August 2020 when he tore his ACL and meniscus during some off-season training.

“I was just doing some typical rugby drills,” he says. “But I planted the wrong way, and my leg did not plant completely. I ended up toppling over my right knee and tearing my ACL.”

He says the injury was made worse by a partial ACL tear from years earlier during his college football days which he had continued to play on until it finally tore completely, right as COVID-19 hit the USA.

“The recovery has taken a decent amount of time,” he says. “But I have remained committed. I have been dedicating myself to a lot of stretching and single leg workouts, as well as general regular exercise to maintain a certain level of athleticism in my body.”

After over a year and a half of rehabilitation, Emo says he now has his sights firmly set on making his return to play at the RAN Beach 5s.

“One of the biggest things that has motivated me to come back is that I am a big competitor – I just love competition,” he says. “I am feeling very strong right now to return and the team is confident that we will give our RAN Beach 5s opponents a good run for their money.”

Sergile says he is particularly excited to be making his comeback at the Beach 5s because of the fun environment, as well as to defend the 2020 trophy with team Boca Raton.

“Because we won the last tournament, we know next month all the teams are going to have their ‘A Game’ on to beat us this time,” he says. “Every team is going to be gunning for us, but we are ready to bring the noise, ready to compete, and ready to win.”

Interestingly, another factor motivating Emo to return to the sport is the opportunity to play for the Haitian national team in their inaugural year, given that both his parents are Haitian. 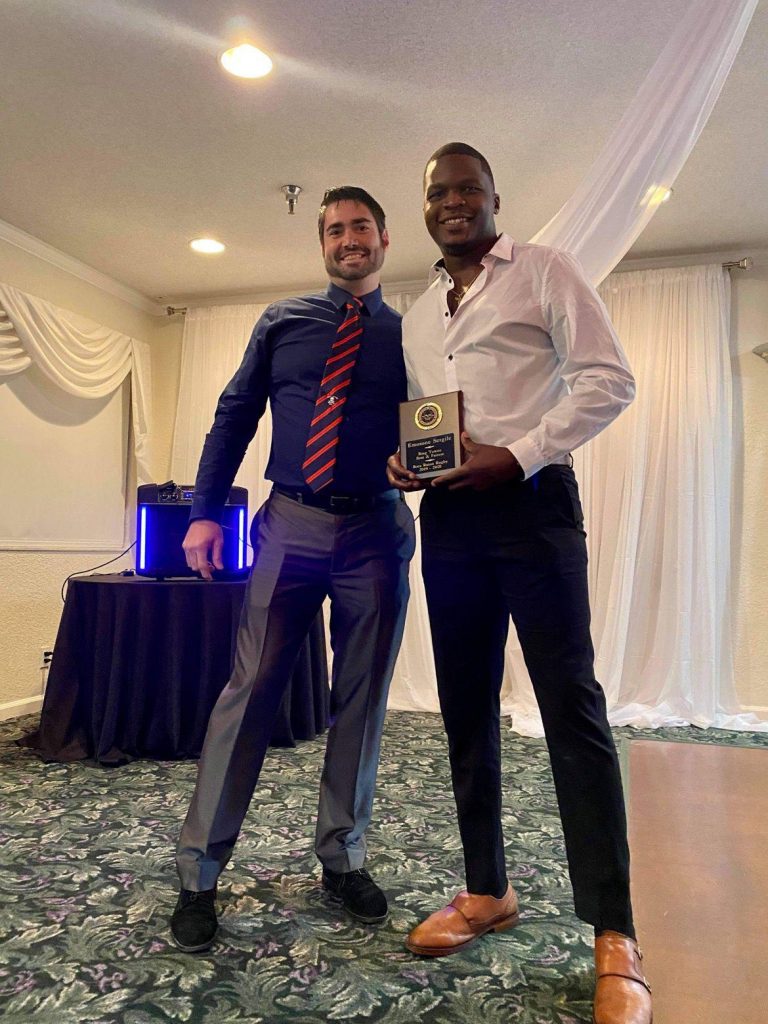 “That would really be the pinnacle of my career,” he says. “My father passed away in March this year and playing for the national team would make him so proud.”

In the meantime, Sergile says he is looking forward to hopefully seeing the teams from Mexico, Cayman Islands, Jamaica, and the Dominican Republic at the RAN Beach 5s – all of whom are regional rugby neighbors of Haiti.

“Obviously, my main priority is coming back and winning with Boca Raton,” he says. “But personally, it’s going to be great to use this tournament as a measuring stick to see how these other teams look and get the inside scoop on how they play.”

With the RAN Beach 5s officially kicking off at the start of next month, he won’t have long to wait!