Birmingham 2022: Canadian women to face New Zealand with Commonwealth bronze on the line 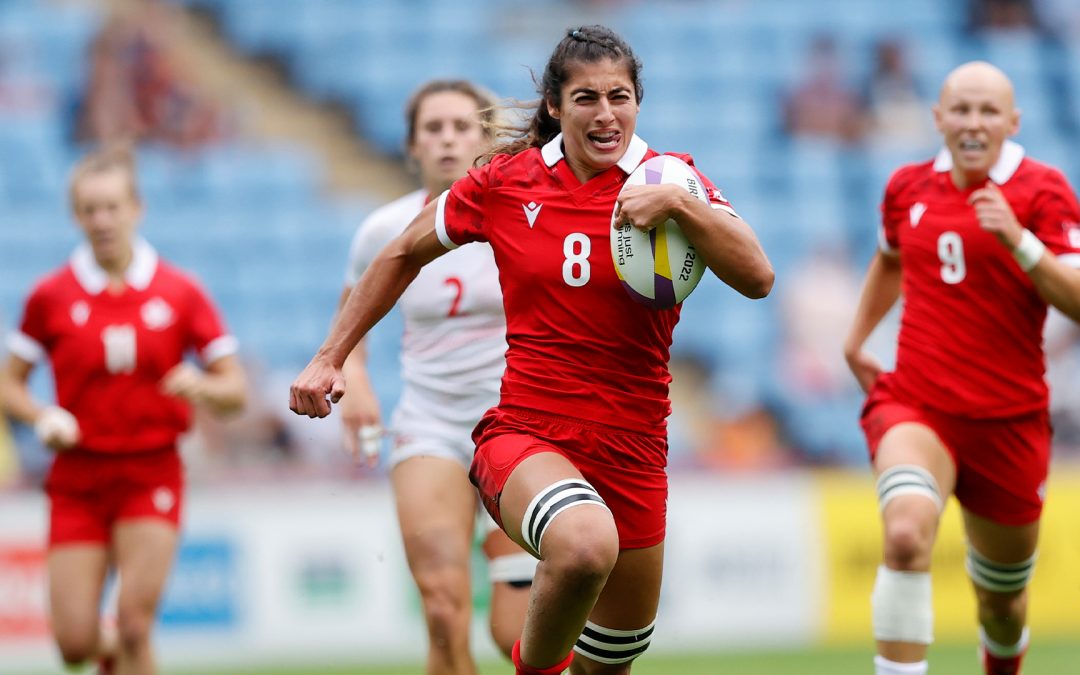 Coventry, England, July 30th, 2022 – Canada’s women will play off for bronze against New Zealand at the Birmingham 2022 Commonwealth Games on Sunday after falling 24-7 to Fiji in the semifinals at Coventry Stadium on Saturday.

Soon after, Canada’s men were also eliminated, in their case by reigning World Rugby Sevens Series champion South Africa, who dominated a 33-0 victory to leave Henry Paul’s team to finish the Games in the classification round.

A 74-0 win against Sri Lanka had put Canada’s women into the semis, but it was Fiji who started the stronger with three quick tries.

Jack Hanratty’s team hit back just before the break when Olivia Apps set up her co-captain Breanne Nicholas to run in for a try that Apps converted to leave the score 17-7 at half-time.

In the second half Fiji’s defence held and Reapi Ulunisau ran in Fiji’s fourth try. It means Canada’s women with try to improve on its fourth-place finish from Gold Coast 2018, against the dethroned champion New Zealand.

“If you don’t take care of the ball they will capitalise on your mistakes,” Apps said. “They really did outclass us in those first four minutes, and at the end they had the momentum.

“Fiji put three tries on us in the first four minutes and that really does make a statement for them at the start of the game, and we were just playing catch-up after then.”

The Canadian men set up the clash against Fiji after winning its final pool match against Zambia.

South African began strongly and Ngarohi McGarvey-Black danced over for the opening try. It flooded South Africa will confidence and Regan Ware’s intercept try early in the second half put the result beyond doubt.

“It didn’t really feel like we got any go forward ball and get our momentum started,” captain Phil Berna said. “They are a very good team and we needed to do better.

“We need to get on each other’s back faster and create some momentum. It’s been a good experience though and tomorrow we have an opportunity to end on a good note.”

Jamaica wrapped up its pool stage with a 40-0 defeat to Uganda, and then took on England in the classification quarter-finals.

While a partisan crowd roared on the home side, the biggest cheer came when Tyler Bush skipped away from two tacklers, palmed off another with a strong left hand and raced away to score Jamaica’s first try of the tournament. Just for good measure Rhodri Adamson added the conversion.

“I dummied it and I was a little bit unmarked and just put my head down and went through,” Bush said.

“It good to finally get a score. A lot of us are half-English, half-Jamaican and have family in both countries and many of them were watching and were in the crowd, so it means a lot to finally get a try because people have been watching us for two days.”

It is the seventh time that rugby sevens has taken place in the Commonwealth Games since it was introduced for men at Kuala Lumpur 1998 and in that time New Zealand has won five golds, and South Africa one.

The women’s competition came in four years ago at Gold Coast 2018 when New Zealand claimed the inaugural gold.

There are 16 men’s team and eight women’s competing at Birmingham 2022, with the tournament running from July 29-31 at Coventry Stadium, home of English Premiership side Wasps.