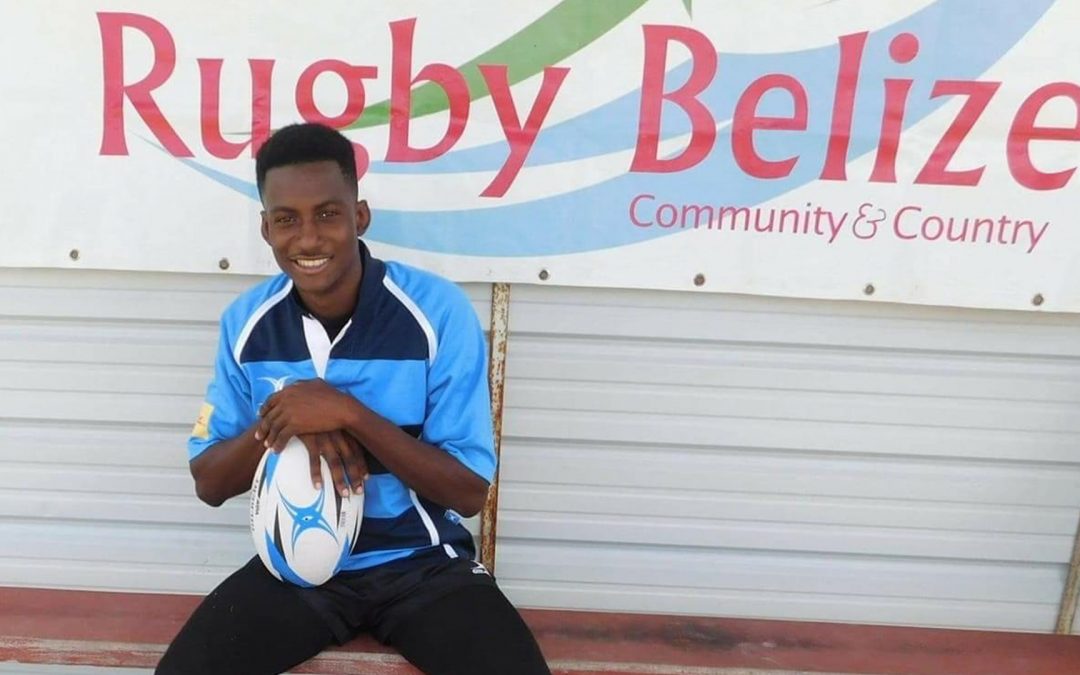 Last month saw many of our regional teams make their official return to play at the 2022 RAN Sevens Qualifiers in Nassau Bahamas, and team Belize was no exception.

One standout performance over the two-day event, which doubled as a Qualifier for the 2022 Commonwealth Games in England and the 2022 Rugby World Cup (RWC) Sevens in South Africa, was that of 24-year-old Belizean Ashton Usher.

In fact, Usher put in such a stellar performance in the face of stiff competition that he was named in the 2022 RAN Sevens Qualifiers ‘Dream Team’.

Going from a young track and field athlete not knowing anything about rugby, to playing on the national side, as well as coming back from a serious eye injury that left him wondering if he would ever see again, Ashton has surely earnt his place among the seven best players of the tournament after a brilliant set of tries for his team in the Bahamas.

Born and raised in Belize, Ashton was first introduced to rugby at the age of 19 years, while he was still a track and field athlete.

“During the off-season for track and field, I wanted to keep myself in shape so I went to the local football field to run some laps,” he says. “An American guy called Adrian saw me, admired my speed, and asked if I would consider playing rugby.”

Usher admits he did not even know what rugby was, but he was interested in anything that would maintain his fitness. So, he joined a club and started playing.

“I joined a club called the San Pedro Sharks and then went on to play for the Kings Park Scorpions (now known as the Vikings),” he says. “I also started my own club called the Belmopan Spartans, which was the very first club in Belize to have a female player, as well as made it onto the national team.”

Ashton says it was his second game with the Spartans that marked a pivotal moment in his rugby career and in the trajectory of his life.

“That was a rough game,” he says. “It was in that game that I tacked a guy and got hit to the left side of my eye – fracturing the orbital bone, tearing jaw ligaments, and breaking my teeth.”

Usher was hospitalized for over a week and was devastated by the news that he may not be able to see again.

“Thankfully, the doctors then told me I could have surgery to correct the injury but I didn’t really have the finance to get it done,” he says. “Once everyone found out, the rugby community set up local fundraisers to secure the funds for me to have the operation and, so began my road to recovery.” 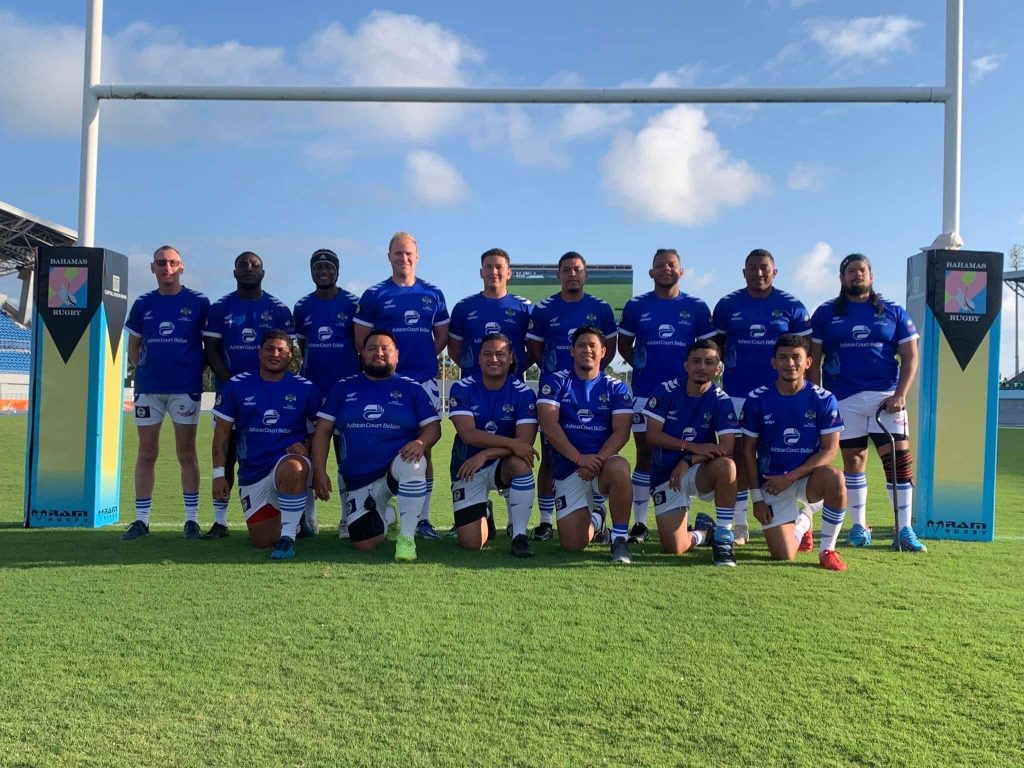 Because of the additional injury to his jaw, Ashton says he remained on a liquid diet for almost a year.

“I lost over 40 pounds and didn’t play Rugby for almost two years,” he says. “Then, COVID hit. There was no more training and I was all over the place; still trying to figure out what I wanted to do in life.”

Usher says once rugby started to return in Belize, he made the decision that he wanted to make a comeback to his beloved rugby.

“A lot of my friends couldn’t understand why I would want to go back to the sport that almost cost me my vision,” he says. “But to me, rugby is so much more than a game. I knew in my heart that I didn’t want to stop playing, so I conditioned my body and prepared to make my comeback.”

Ashton says he worked hard on his rehabilitation until he was ready to try out again for the national team. Although he was selected, Usher’s travel expenses just to get to training were becoming unmanageable.

“Again, I was blessed by the rugby community and was able to find a sponsor,” he says. “Former US rugby player, Ray Nelson, heard my story and sponsored my travel expenses all the way up until the RAN Qualifiers in Nassau.”

From Belize to the Bahamas …

For Usher, going to the Bahamas with the national team was an incredibly momentous occasion – not only was it his first time playing professional rugby, but it was also the first time Ashton had ever travelled out of his native Belize.

“The RAN Qualifiers was an awesome experience for me and the entire team,” he says. “We don’t always get a lot of game experience so tournaments like RAN are very good for our development – the event in the Bahamas was huge for us and we really wanted to make the most of it.”

And make the most of it, he did. Ashton scored some outstanding tries for team Belize, cementing his position on the RAN Sevens Qualifiers Dream Team; the first Belizean to earn such an honor.

“At first I didn’t even know what the Dream Team meant,” he says. “But I am so grateful that all my hard work is paying off and to be recognized in such a prestigious line up of fantastic players from all over the region is just amazing.”

Usher says that even though Belize lost at the RAN tournament, it was a priceless experience and one they look forward to having again in the not-so-distant future.

“Rugby in Belize is growing very fast,” says Ashton. “Tony Gillings is doing a great job and is helping some of the lads to undertake courses in coaching and refereeing to continue to build the sport here.”

Usher says that RAN also plays a big part in the growth of rugby in Belize.

“We always follow the guidance from RAN and learn a lot from them,” he says. “We’re really grateful for RAN’s involvement and assistance, and moving forward I would really love to see Belize get invited to participate in more games with our regional neighbors.”

On a personal note, Ashton says he is sticking with Rugby Belize and looks forward to new development opportunities to better himself both on and off the field to make his country proud.

“I love my team,” he says. “The support all the way from the Captain to the Coach is wonderful and we all encourage each other to be the best that we can be.”

When asked what the future holds for Ashton Usher, he says the ultimate dream is to compete at the Olympic Games.

“And, when I can’t play anymore, I would like to get into a coaching role,” he says. “I want to be able to inspire others through my work on the rugby field – in whatever form that may take.”