Barbados Takes Out Top Spot at US Tournaments 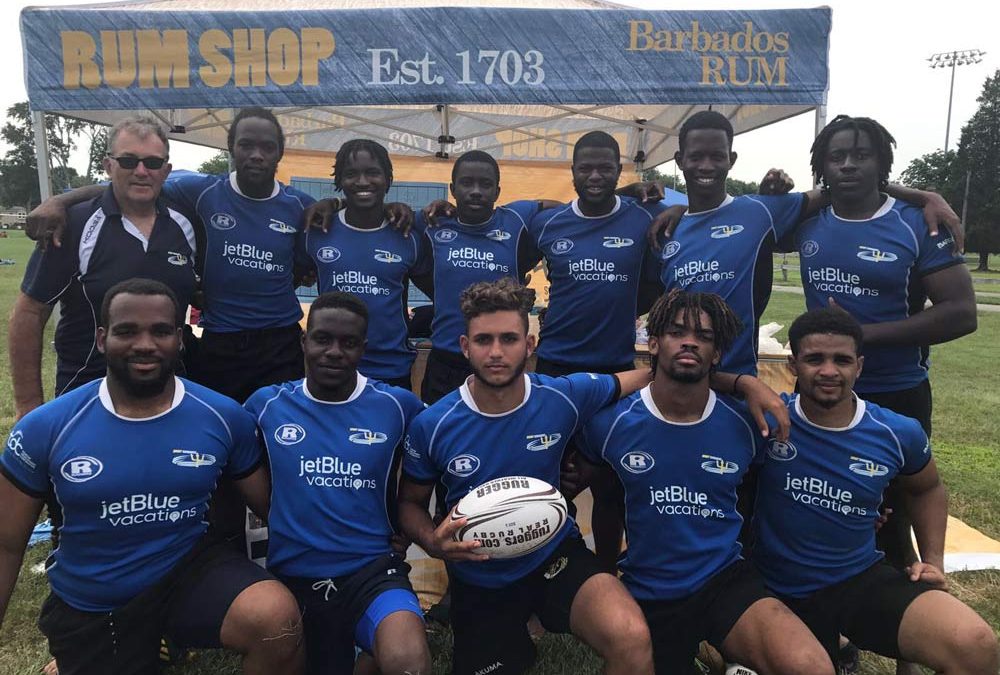 Bridgetown – Barbados’ male Rugby 7s team has landed back on home soil in high spirits after a successful weeklong tour of the United States. Thanks to the support of JetBlue Vacations, Barbados Tourism Marketing Inc. (BTMI), and the Tourism Development Corporation (TDC), this most recent overseas tour saw the team compete in two separate US club tournaments, as well as actively market this December’s Rugby Barbados World 7s Tournament to an international audience.

The Barbados ‘JetBlues’ took out first place in the Blazing 7s Rugby Tournament in New Jersey, and came in second in the Saratoga 7s Rugby Invitational Tournament in New York. George Nicholson, Manager of the Local Organising Committee for the Rugby Barbados World 7s, said the results were a huge credit to the standard of rugby in Barbados.

“We could not have asked for a better result. Not only does it motivate our local teams to continue to strive for excellence, but it also shows the world that despite being a small island, Rugby Barbados is a force to be reckoned with. In fact, our participation in these US tournaments has generated significant interest from some of the teams that were playing in those tournaments in coming down to play here in December. At least five teams have indicated that they will definitely be coming as a result of our performance and marketing efforts during the tour,” he said.

Team Captain, Sean Ward, echoed these sentiments. “This tour was a great success. It was a great learning experience, and we couldn’t be prouder of the outcome in both tournaments. The team has put in a big effort in the last few months and we’re now looking forward to December where we can give some of the same teams we played in the US a taste of some of our island rugby. This year’s Tournament is going to be bigger than ever and we encourage all Bajans to come out and support us,” he said.

In between the tournaments in the US, the JetBlues stayed in Toronto, Canada to train with local teams Brampton and Balmy Beach, and more widely promote the December Rugby Barbados World 7s Tournament. This US tour has also greatly assisted Barbados’ rugby players in their preparations for the Rugby Americas North (RAN) Regional 7s Championships to be hosted in Mexico in November.

The 2017 Rugby Barbados World 7s Tournament features some of the best men’s and women’s club teams from across the globe and will be held from 9th to 10th December in Holetown, St. James. The Tournament is the longest running Club Rugby 7s Tournament in the Caribbean and was relocated to Barbados from Trinidad last year. Teams from Canada, USA, Scotland, England, and Trinidad and Tobago have already indicated their intention to participate in this year’s Barbados Tournament with US $3000 prize money up for grabs in both the Men’s and Women’s divisions. Post-tournament activities will include the annual fancy dress after party, carol singing competition, and a Jolly Roger cruise.