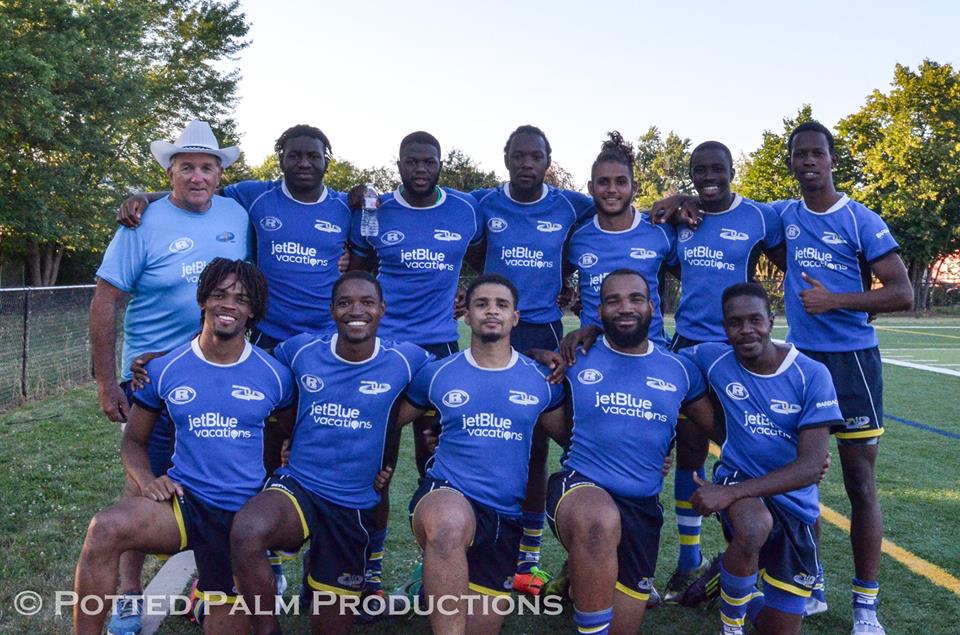 The Barbados JetBlues won both the RoadKill 7s Tournament in Binghamton New York as well as a ‘mini-tournament’ at Buffalo Rugby Club. The team also came in third place at the Doylestown 7s Tournament in Pennsylvania. To add to this, Barbados Team Captain Sean Ward impressively won Most Valuable Player (MVP) at both the New York and Buffalo tournaments; a testament to the calibre of Rugby players currently coming out of Barbados.

Ward said that although the team had hoped to win the trifecta, they had already regrouped and set their sights on both the Rugby Americas North (RAN) Regional 7s Championships in Barbados in September, as well as the Mitsubishi Electric Rugby Barbados World 7s (MERBW7s) Tournament in December. “This year’s US tour was very encouraging for us as a team. We’ve now consistently shown we can compete solidly and win at an international level, against some tough challengers. We are now looking forward to the RAN Sevens and the MERBW7s later in the year and because it’s a home crowd we will be even hungrier for the win!” he said. “We have appreciated all the support from back home during this tour and we will continue to do our country and sponsors proud”.

George Nicholson, Manager of the MERBW7s Local Organising Committee, said the tour has done wonders to cement the standard of Bajan Rugby as world-class which would only serve to encourage more teams and fans to make the journey to Barbados for the MERBW7s later in the year. “We are so pleased with the results, and the team’s presence at these US tournaments has been a positive drawcard for the MERBW7s. The boys’ performance adds significant weight to the Tournament and will surely bring more competitors looking to beat the locals and take home the US $30 000 prize money for the win,” he said. “We thank JetBlue Vacations, without whom, this tour would not have been possible, and who are also our partners in the 2018 MERBW7s Tournament”. Nicholson also thanked the rest of the 2018 MERBW7s official partners including Title Partner Mitsubishi Electric Cooling & Heating, the Tourism Development Corporation (TDC), Barbados Tourism Marketing Inc. (BTMI), Kensington Oval, Hamilton & Inches, Blue Waters, Bristol Sport, Intimate Hotels of Barbados, Courtesy Rent-A-Car, Power X4, Innotech Equipment Inc., and The Royal Shop for their continued support.

The 2018 Mitsubishi Electric Rugby Barbados World 7s Tournament will be hosted from 8th to 9th December at the iconic Kensington Oval, featuring some of the best men’s and women’s club teams from across the globe. Teams from South Africa, Argentina, Scotland, England, Wales, Canada, and the USA, as well as regional teams like Venezuela, French Guyana, Guadeloupe, St. Lucia, and Trinidad have already indicated their intention to participate in this year’s Tournament which is the longest running Club Rugby 7s Tournament in the Caribbean.

In support of the 2018 MERBW7s Tournament, JetBlue Vacations are also offering special rates for flights to Barbados from the USA. Visit https://www.jetblue.com/vacations/barbados-vacations/#/ for further details.